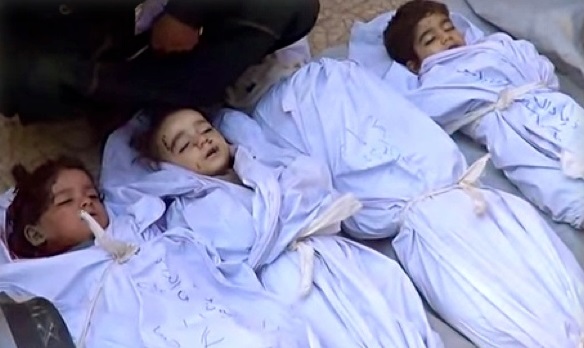 On Saturday 30 July, a hot air balloon crashed in Texas killing in the process all 16 people on board. According to Google News, over two million news articles covered this event. USA Today published an article headlined “Heartbreak as IDs of Texas balloon victims emerge” It was reported to be the most fatal hot air balloon crash in US history. The federal agency National Transport Safety Board (NTSB), well known for its plane crashes investigations in the US, had to be sent and put in charge of the investigation. Several outlets published articles about the story of a newlywed couple amongst the victims.

Take the story of the Tesla car driver who was killed while being in autopilot mode in Florida last May. Google News recorded over 400,000 articles covering that incident. Again, NTSB was charged to investigate the matter and produce a report on it. And as for the more important news of the recent Nice, Munich and French church attacks, these were of course frontpage materials with far more published articles.

Now, if we compare these stories with the recent event that US-led coalition airstrike have killed some 74 civilians including 55 women and children in the northern Syrian town of Manbij. According to Google News, some 180,000 articles have been written on the subject, a fraction of what has been covered about the balloon crash, let alone the recent attacks in Europe.

So one may wonder as to why a balloon crash or an electric car accident generates far more interest than the bombing of women and children. We can proceed to a rational analysis of the cause. Is it less the violent nature of these accidents? Well no, since the attacks in Europe, Orlando and San Bernadino in the US have received far more coverage from the media. Is it the geographical location of the events? After all, one could argue that Western media give priority to news happening in the West. If such a reasoning is true, this could be viewed as a being quite superficial as the importance given to the death of individuals should not solely depend on their GPS coordinates. But even then, that’s not the case as the recent suspicious death of a young Muslim black man, Adama Traore, during his arrest by the French police only generated some 60,000 articles; a fraction of the Tesla accident articles number. Or the story of the Muslim doctor shot on his way to prayer to a mosque in Houston, Texas generated around 20,000 articles. So rationally, the last reason that can be attributed is the background of the victim. Western deaths receive far more importance, coverage and emotional sympathy than other deaths, and in particular Muslim deaths. Whenever a terrorist attack happens in the West and Muslims are suspected to be involved in it, one could wonder if a key principle of Western civilisation is not after all “And if anyone killed a Westerner it would be as if he killed all mankind”.

Since 9/11 and the official launch of the so-called War on Terror, we’ve seen the West disregard several of its core civilisational values. Habeas Corpus or the right to a fair trial were thrown out of the window with Guantanamo Bay, Bagram Airbase and the long list of anti-terror legislations across Western nations. Free speech was suddenly not taken into account in various legislative acts that criminalized speech “glorifying terrorism”. Freedom of worship was not to be applied to the dozens of mosques closed in France since the Charlie Hebdo attacks.

And this stance of Westerners’ deaths being given far more importance is in contradiction of their principles of so-called human rights. The UN Universal declaration of human rights states for example in its preamble “… reaffirmed their faith in fundamental human rights, in the dignity and worth of the human person…”, and in Article 1 “All human beings are born free and equal in dignity …”  The fact that Western governments and Western intellectual elites like the media disregard key tenets of their ideology that they extol and promote to the world, speaks volumes about the robustness of these ideas. In fact, a civilisation that stoops so low to denigrate the deaths of human beings that are not theirs shows the intellectual bankruptcy of such a system and definitely its non-universal character unlike what she claims.

Al-Bukhari narrated from ‘Abdullah b. ‘Amr from the Prophet ﷺ who said,

“Whoever kills a mu’ahid* will not smell the fragrance of Paradise even though its fragrance is found for a distance of forty years.”

*a non-Muslim living under the protection of the Islamic state

“I am the most noble who fulfills his dhimmah*”

*legal status of a non-Muslim living permanently within an Islamic state.

At-Tabarani relates a similar incident at the time of the Khilafah of Ali ibn Talib (ra).

Islam does not seek to exploit one type of murder for cheap political gains and use it to coerce a whole non-Muslim community to accept the Islamic values. Islam views the wilful intellectual acceptance of its creed as being the mechanism for non-Muslims to embrace its values and not the exertion of fear, slandering and terrifying psychological pressure. Allah سبحانه وتعالى says,

“There shall be no compulsion in [acceptance of] the Deen”