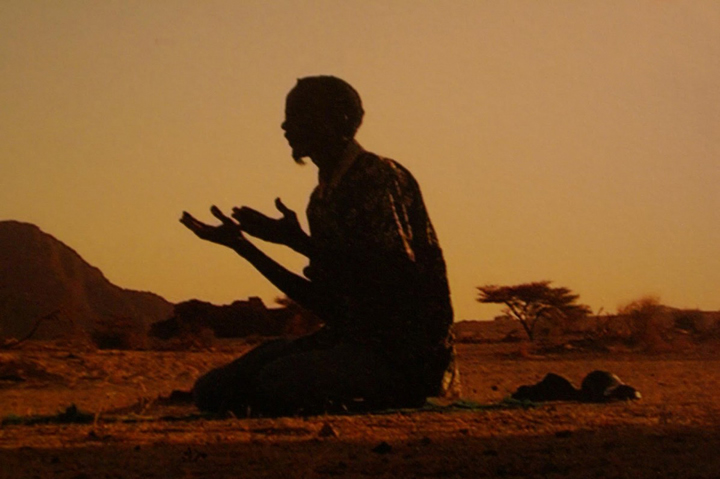 Ihsan – seeking perfection and excellence is a high degree and status for the righteous servants of Allah (swt). When one of us reaches it, one will be close to Allah Almighty, sincere in one’s work, emigrating to one’s Lord obediently and submitting to His rulings and law, exerting one’s effort in completing acts of worship in the best way that pleases Allah (swt) and His Messenger, being kind, affectionate and friendly in one’s dealings. What gives one calmness and tranquility in soul and spirit, and is loving and beloved, advising others with good, detesting evil actions.

Those who observe the verses of the Noble Qur’an will find many of them explaining the virtue of Ihsan, such as enjoining it and urging others to do it, and mentioning the deeds of the good doer and his qualities, and how Allah promised His good servants with reward, paradise and love, so that a Muslim should take of advantage of this virtue and goodness.

For example, Allah Almighty says about His Benevolence to the good doers in return for their goodness:

“Is there any reward for good other than good?” [Ar-Rahman: 60]. And about the proximity of the good doers towards the Great One and All-Mighty:

“Truly, Allah is with those who fear Him (keep their duty unto Him), and those who are Muhsinun (good-doers.)” [An-Nahl: 128]. And about his love for the good-doers:

“and do good. Truly, Allah loves Al-Muhsinun (the good-doers)” [Al-Baqara: 195]. As for the good reward in this world and the Hereafter, He (swt) says:

“So Allah gave them the reward of this world, and the excellent reward of the Hereafter. And Allah loves Al-Muhsinun (the good-doers).” [Aali Imran: 148]. And He (swt) has increased their reward in His (swt) saying:

“For those who have done good is the best (reward, i.e. Paradise) and even more (i.e. having the honour of glancing at the Countenance of Allah (swt). Neither darkness nor dust nor any humiliating disgrace shall cover their faces. They are the dwellers of Paradise, they will abide therein forever.” [Yunus: 26]. For this reason, the Messenger of Allah (saw) said:

“Verily Allah (swt) has decreed that everything should be done in a good way.”

Ihsan has many aspects and manifestations, and it is in acts of worship and transactions, in the trivial and important matters. The highest of them is Al-Ihsan with Allah, which is achieved through monotheism, towards the Almighty, and sincerity of worship to Him. Likewise, ihsan with the Messenger by believing in him and in what he brought and obeying him, loving him and following him, imitating his Sunnah and following his path and method. Likewise, there is ihsan to people, then ihsan to the soul, by purifying it and striving for its happiness through seeking the pleasure of Allah in this world and its deliverance in the Hereafter.

One of the types of ihsan that fills the heart with pleasure and joy is the ihsan to people and giving them a helping hand, in matters that benefit them or ward off harm in matters of their religion or this world.

How beautiful is the pleasure that one of us finds when he teaches people good for the sake of his Lord, and he sees among them a trace of his teaching, guidance and advice. How does he not enjoy or be pleased the one who offered this kindness to people and saw its effect on them, especially these days in which we live in distress, whether intellectually, socially, or financially? This one corrected his intellectual path and made him see the right path for change and advancement, and this one gave him the most sincere advice for his problems, whether in the family or at work, and the result was harmony that pleased the heart. And this other person extended his hand to help him with his money and wiped away from him the dust of need and the darkness of humiliation, and that one removed his distress or fulfilled his debt, so he rejoiced after he was sad and depressed…O you who want to feel happiness and self-comfort, strive to be kind to people as much as you can, to be happy in your world, and to seek the pleasure of Allah the Almighty, so that you may be happy in the Hereafter.

One of the greatest forms of ihsan to people is that one of us stops harming others in all ways and forms, and forgive their ill treatment and harm towards others, and then in spite of that we should treat them with kindness, that is, to counteract their ill treatment with kindness, so that the feelings of enmity and hatred is removed and replaced with the feelings of love and friendliness.

And we do not forget that in kindness to humankind is an expiation for bad deeds and a release of distress, Allah willing. Allah (swt) said:

For the good doer may be spared calamities, and disasters upon him due to his ihsan to the servants of Allah (swt), and this is embodied in the hadith of the Messenger of Allah: «مَنْ نَفَّسَ عَنْ مُسْلِمٍ كُرْبَةً مِنْ كُرَبِ الدُّنْيَا نَفَّسَ اللَّهُ عَنْهُ كُرْبَةً مِنْ كُرَبِ يَوْمِ الْقِيَامَةِ، وَمَنْ يَسَّرَ عَلَى مُعْسِرٍ يَسَّرَ اللَّهُ عَلَيْهِ فِي الدُّنْيَا وَاالْآخِرَةِ، وَمَنْ سَتَرَ عَلَى مُسْلِمٍ سَتَرَ اللَّهُ عَلَيْهِ فِي الدُّنْيَا وَالْآخِرَةِ، وَاللَّهُ فِي عَوْنِ الْعَبْدِ مَا كَانَ الْعَبْدُ فِي عَوْنِ أَخِيهِ»“If anyone relieves a Muslim believer from one of the hardships of this worldly life, Allah will relieve him of one of the hardships of the Day of Resurrection. If anyone makes it easy for the one who is indebted to him (while finding it difficult to repay), Allah will make it easy for him in this worldly life and in the Hereafter, and if anyone conceals the faults of a Muslim, Allah will conceal his faults in this world and in the Hereafter. Allah helps His slave as long as he helps his brother.” And he (saw) also said:«صَنَائِعُ الْمَعْرُوفِ تَقِي مَصَارِعَ السُّوءِ» “Good works protect from evil fates.”

As for the fullest reward and the greatest reward for the good doers, it awaits them with Allah the Most Generous on the day He meets them, loves them, is pleased with them, honors their descendants, forgives their sins, and insert them into a paradise as wide as the heavens and the earth; Allah (swt) says:

“For those who have done good is the best (reward, i.e. Paradise) and even more (i.e. having the honour of glancing at the Countenance of Allah). Neither darkness nor dust nor any humiliating disgrace shall cover their faces. They are the dwellers of Paradise, they will abide therein forever.” [Yunus: 26].

And if we seek ihsan in all our affairs, we get used to it and seek perfection in our acts of worship and dealings, so a person will be good in worshiping his Lord and treating Allah‘s creation. So he is good to his parents, his wife, his children, his brothers, neighbours and friends, and in fact his ihsan may reach the one who hates him, yet his offense is met with kindness, and the ihsan extends to the animal and plant«فِي كُلِّ ذِي كَبِدٍ رَطْبَةٍ أَجْرٌ» “A reward is given in connection with every living creature.” The first person to be good to him is the same one who is between his sides, about which he will be asked and held accountable for her actions in this world and in the Hereafter. Allah (swt) said:

Do good to yourself, O man, by walking on the Straight Path. The path of those whom Allah (swt) has blessed from among the prophets, the righteous, the martyrs, and the righteous. If it comes to worship, establish it with perfection, and do it without hypocrisy and in the pursuit of the satisfaction of humankind, so performing acts of worship and perfecting it is one of the best forms of ihsan.

But this perfection must be linked to the need to make a change within ourselves, in others, and thus in the Ummah. Therefore, the person who does good deeds seeks change in every aspect of his life and society, knowing the correct path of change that will advance the Ummah and change concepts from their roots to form pure Islamic concepts that entrench the arbitration of the laws and system of Islam on this earth.

We ask Allah (swt) to make us among those who worship Him well, to be good to Allah‘s creation, to be good to themselves, and to bless us with ihsan in our deeds and morals, and sincerity in our words and deeds. He is sufficient for us and Praise be to Him the Lord of all Worlds.