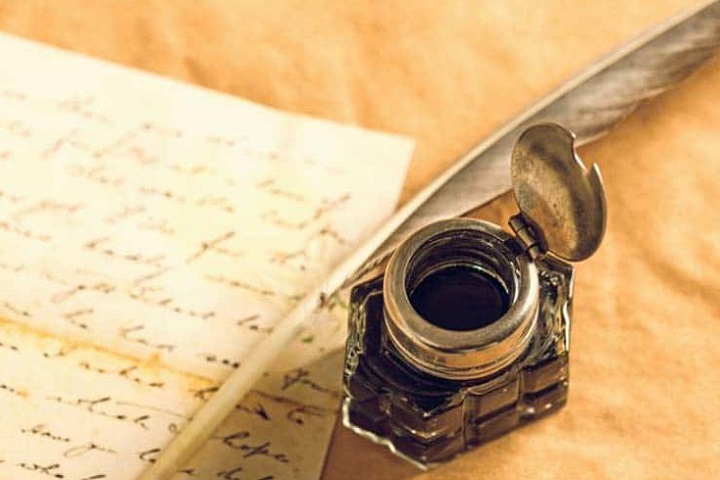 O Honorable ‘Ulema of the Muslims in Pakistan!

The current proxy government of the US has called upon you, the Imams of the Muslims in general, to establish a positive stance towards the two-state solution in Palestine, the Blessed Land. With respect to that, we, Hizb ut Tahrir/ Wilayah Pakistan, direct this open letter to you as an advice and reminder. Al-Nasa’i narrated that the Messenger of Allah (saw) said,

O Imams of the Muslims of Pakistan! You are collectively the ‘Ulema, honorable heirs of the noble Prophets (saw). You are custodians of a great trust upon your necks, about which you will be asked on the Day of Resurrection. This trust is the pronouncement of the order of Allah (swt) in each and every situation of Muslims, both private and public. The stance in when making such pronouncements is without fear of anyone, except of Allah the Almighty, and without desire for anything, but obtaining the pleasure of Allah the Almighty, with good reward.

O Honorable Heirs of the Prophets (as)! The Blessed Land – Palestine is an Islamic land and it is a Kharaji land. Therefore, the ownership of its neck [titleship] is for the entire Islamic Ummah. This right of the Muslims is not a legal right extended from the United Nations, but a divine right from the Lord of the Worlds, Allah (swt). The duty of Muslims towards the Blessed Land is a duty in our Deen, a complete way of life. It is neither a moral nor humanitarian duty, nor is it a nationalistic nor ethnic cause, as some may suggest.

O Imams of the Muslims in Pakistan! The Blessed Land of Palestine is blessed by Allah The Almighty, regarding which He (swt) said,

“Exalted is He who took His Servant [i.e., Prophet Muḥammad (ﷺ)] by night from al-Masjid al-Ḥarām to al-Masjid al-Aqṣā, whose surroundings We have blessed, to show him of Our signs. Indeed, He is the Hearing, the Seeing.” [Surah al-Israa 17:1]. Moreover, Al-Aqsa Masjid is the third of the three Harams, a Haram as the Noble Ka’aba and al-Masjid an-Nabawwi are, about which the Messenger of Allah (saw) said,

“Steeds are saddled only for prayer in the three mosques: Al-Masjid Al-Haraam, al-Aqsa Masjid and this mosque of mine.” [Bukhari and Muslim].

Therefore, just as Muslims make pilgrimage to al-Masjid al-Haraam and al-Masjid an-Nabawwi, they also make pilgrimage to the Al-Aqsa Masjid, whilst it is not permissible to travel to any other mosque on the earth, no matter how beautiful, asides from these three Masjids. Thus, the occupation of the Blessed Land, including Al-Aqsa Masjid, is an occupation of a Haram land. It is not like the occupation of any other Islamic Land, no matter how dear that land was to the Muslims and its inhabitants. It is as if the Noble Kaa’aba in al-Makkah al-Mukarammah or al-Masjid an-Nabawwi in al-Medina al-Munawwara were occupied by the Jews, upon whom there is the anger of Allah (swt). Therefore, the occupation of the Blessed Land of Palestine by Jews and their permanent, continuous occupation and desecration of the Al-Aqsa Masjid is a severe matter that calls for the Islamic Ummah to sacrifice all that is precious to rectify matters.

Since the Blessed Land Palestine is a Kharaji land and belongs to the Ummah, it is not permissible for anyone to speak on its behalf, except for the one whom the Ummah collectively entrusted to speak regarding it. Moreover, it is not permissible for the Ummah to entrust it to anyone except the pure and pious, who fears Allah the Almighty regarding the Blessed Land, which is referred to in the Qur’an and Sunnah. So, whosoever speaks with regards to the Blessed Land with a mere power of attorney from the Arab League, the OIC or the United Nations, his representation and agency is invalid and rejected. The Arab League, the OIC and the United Nations neither own the Haram nor the Blessed Land. They do not represent the Islamic Ummah, even when they delegate someone to speak and negotiate on behalf of the actual owners of the land, the Islamic Ummah collectively. Therefore, neither the secular Palestinian Liberation Organization nor any political or jihadi movement have the valid Shariah representation and agency.

O ‘Ulema of the Muslims in Pakistan! The issue of Palestine is a case of occupation and usurpation of a blessed Islamic land. The only solution to such issues from the Shariah point of view is Jihad in the Path of Allah (swt), that is, the fighting to liberate the Islamic Land, just as Salahudin al-Ayyubi did previously, may Allah have mercy on him. It is not merely a worldly political dispute between two peoples fighting over any piece of land, so Palestine is not to be resolved through dialogue, reconciliation or compromise or similar.

O ‘Ulema of the Muslims in Pakistan! Palestine and its inhabitants neither need money nor food. Indeed those who are negligent in their Deen send money and food alone, in order to avoid their Shariah responsibility. The duty of jihad and fighting the Jews for the sake of liberating the blessed land is upon the owners of the land collectively. The people of Palestine are not the owners of the land alone, but rather the entire Ummah, as a single body. Jihad is a duty on the able and capable within the Ummah and the ability and power are present within the armies of the Islamic Ummah. The armies are from the sons of the Ummah and its shield and protectors. The armies have a duty to strive to defend the Ummah, restore its sanctities and liberate its lands. Thus the duty of the ‘Ulema is to call upon the Islamic armies to fight the Jews and kill them as the Messenger of Allah (swt) commanded,

“You (i.e. Muslims) will fight with the Jews until some of them will hide behind stones. The stones will (betray them) saying, ‘O ‘Abdullah (i.e. slave of Allah)! There is a Jew hiding behind me; so kill him.’” [Bukhari, Muslim, and Tirmidhi].

“Indeed, in this [Qur’ān] is notification for a worshipping people.” [Surah al-Anbiyyah 21:106]