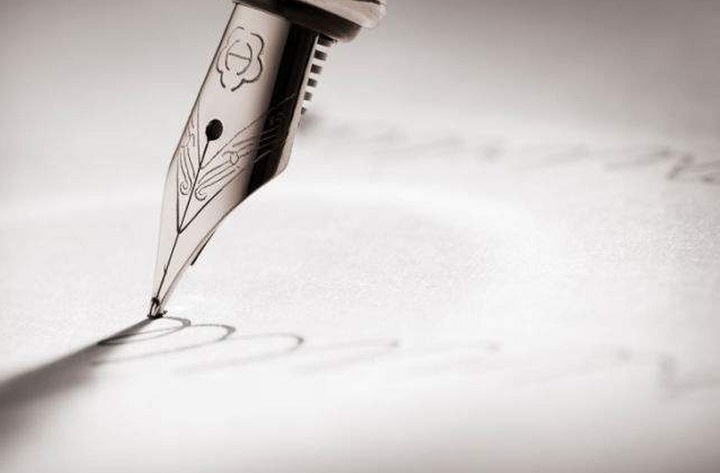 Praise be to Allah, Lord of the worlds, the Sovereign, He who honours whomever He wills and humiliates whomever He wills, in his hand is (all) good and He is competent over all things. And peace and blessings are upon the one who was sent as a mercy to mankind and upon his family and companions and those who follow him.

We address you with the words of Allah (swt):

“Indeed, those who abuse Allah and His Messenger – Allah has cursed them in this world and the Hereafter and prepared for them a humiliating punishment * And those who harm believing men and believing women for [something] other than what they have earned have certainly born upon themselves a slander and manifest sin” [Al-Ahzab: 57-58].

We address you with this verse, asking Him (swt) to make you comprehend the meaning of Allah’s (swt) verses and His words. And we remind you of what Islam enjoins upon you, because people’s actions must adhere to the rules of Islam, and they will be accounted for them on the Day of Recompense by of Allah (swt). And then whoever finds good should praise Allah, and whoever finds other than that should blame no one but himself. As Allah (swt) said in the Qudsi Hadith: «يَا عِبَادِي إِنَّمَا هِيَ أَعْمَالُكُمْ ‌أُحْصِيهَا ‌لَكُمْ، ثُمَّ أُوَفِّيكُمْ إِيَّاهَا، فَمَنْ وَجَدَ خَيْراً، فَلْيَحْمَدِ اللهَ وَمَنْ وَجَدَ غَيْرَ ذَلِكَ، فَلَا يَلُومَنَّ إِلَّا نَفْسَهُ»“O My servants, it is but your deeds that I record for you and then recompense you for. So let him who finds good, praise Allah, and let him who finds other than that blame no one but himself.” [Narrated by Muslim]

We assume that you know this political reality that only agents contest.

This is what the leaders of the Jewish entity have said. As for the state of deterioration that society has fallen into, it is caused by the rampant corruption in the institutions of the Authority, and its provision of a cover for a group of institutions funded by Western countries to spread their corruption among the people of Palestine, and the mother of the crimes is their implementation of the policy of the enemies of Islam to strip the sons of the Muslims off their Islamic identity and the destruction and dismantling of the family.

Can you tell us why the Palestinian curriculum highlights the concept of gender and blurs the rules of Islam that regulate the relationship of men and women in a way that guarantees the building of a tranquil family based on righteousness and piety?

Can you answer why the Battle of Khaybar, the judgement of Saad bin Muadh, may Allah be pleased with him, regarding Banu Qurayza, the rulings of jihad and the verses of jihad for the sake of Allah, were removed from the curriculum?

Can you tell the people of Palestine how many times the borders of Palestine were changed before and after the partition’s decision, and who changed them?

Can you tell the people of Palestine who sketched the flags, chose their colours and made them national symbols?! Will you tell them about Sir Mark Sykes’s letter to the High Commissioner in Egypt dated 22/2/1917, in which he presented his proposed sketches for the flags and their colours, and his sincere apology for the hasty nature of his message, so he said: (I deeply apologize for the hasty nature of this letter, but I do not have more than twenty-five minutes to complete it, including the drawings) End.

Will you tell them that the ones who drew your flags, the borders of your country and “your national symbols”, are your enemies?

Answer the sons of Muslims, who drew up the borders and tore the country, ignited sectarian, national and patriotic strife in it and supported the national movements with money and weapons, through which it established the borders and division in the Islamic Ummah?

Isn’t the main goal of the school curricula to create awareness among our children and immunize them against the enemies of the Ummah?!

The Palestinian flag, you claim, is a national symbol that must be respected, but what about the banner of the Messenger of Allah (saw)? Should it be respected?

After all this, can you answer our children in schools about the difference between the banner of the Messenger of Allah (saw) and the Palestinian flag?

O Ministers: We will not deal in this letter with all your programs that you are working to implement in the service of the enemies of Islam. We will only address what we mentioned previously, and say to you: Did you not take into account the wrath of Allah (swt)? Did you not consider (in your calculations) a day when the Ummah will revolt against those who wronged it?! What will you gain from your dependence on the Jewish entity and the Western countries and your implementation of their destructive policies for the people of Palestine?! Will America save you from the wrath and torment of Allah (swt), or will it protect you from Muslims whose hearts are filled with rage from your crimes and corruption?! What are you betting on?! If you escape from the hands of the believers, you will not be spared from the punishment of Allah (swt).

“And Allah is greater in might and stronger in [exemplary] punishment” [An-Nisa: 84]

The Palestinian Authority and those behind it should know that Hizb ut Tahrir does not leave its members in detention without pursuing or holding accountable those who were the cause of their arrest and oppression, and that arresting its members will only increase it in strength and honour in front of Allah (swt) and the believers. We are counting the deeds of the enemies of Allah (swt) and the enemies of His Messenger (saw). And by Allah’s power and strength the day of their reckoning has approached. And we swear by Him who raised the heavens without pillars, who destroyed Pharaoh, Thamud, and the people of Noah, and perished them. The one who sent Muhammad with the truth and the sword as a herald and a warner, He (swt) will establish our Deen for us and will take away the anger of our hearts from those who opposed us, and will unite the Ummah of Muhammad upon his Deen, and the Khilafah (Caliphate) on the method of the Prophethood will be established as promised by Allah and His Messenger, and they are truthful. And the Jewish entity will no longer exist, and America and the Western countries will submit to the rule of Islam.

You may think that this oath of ours is far, but be confident that Allah (swt) does not break His oath, and He (swt) honuors the oath of His Messenger and the oath of His allies, and if you are given an extension of your life, you will see this with certainty.

Finally: This is a reminder to you, that you may end up doing what Islam enjoins upon you, and if you choose nothing but take sides with the enemies of Allah and His Messenger, the enemies of Islam and Muslims, then Allah’s Saying is Sufficient:

“Those who take disbelievers as allies instead of the believers. Do they seek with them honor [through power]? But indeed, honor belongs to Allah entirely” [An-Nisa: 138-139].

“The Day when there will not benefit [anyone] wealth or children * But only one who comes to Allah with a sound heart.” [Ash-Shu’ara: 88-89]

All praise to the world of the worlds.