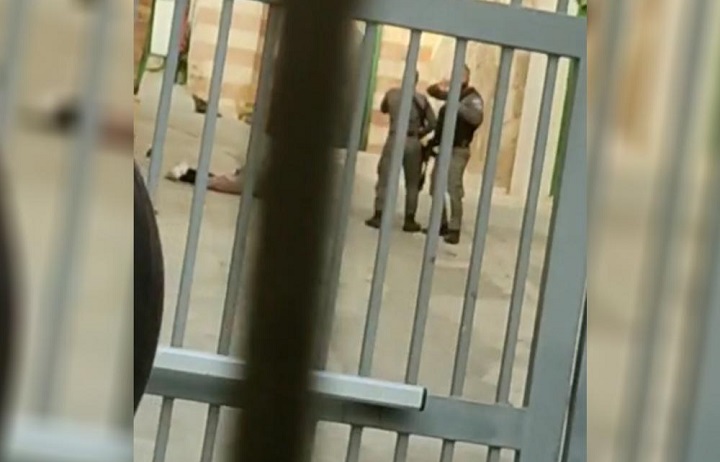 The forces of the usurper Jewish entity executed two Palestinian women, one from Bethlehem and the other from Al-Khalil (Hebron), in two separate incidents. They shot a 47-year-old woman while she was on her way to visit her relatives in Husan, Bethlehem in the West Bank near a military checkpoint. She was a widow and mother of six children, she suffered from vision and hearing problems. They left her to bleed until she died, a martyr. Later, another 24-year-old woman was martyred near the Ibrahimi Mosque in Al-Khalil, after she was shot on the pretext that she had attempted to stab a soldier.

These two crimes are among the field execution crimes pursued by the occupation forces against the people of Palestine, and reflect their barbarity in firing at the checkpoints without any justification and mere suspicion, without the presence of any danger or threat to the soldiers. They do not differentiate in the killing between a child, a woman, an old man or a man. How can a defenseless woman threaten the lives of heavily armed soldiers, unless they are filled with fear?! Likewise, they are sure that they will not be held accountable or punished for killing innocent lives. This will only receive a denunciation here or a condemnation there without actual punishment for this criminal entity. There is no Imam, the shield, to avenge these women and others, there is no caliph to recruit soldiers to uproot this malignant, cancerous entity and liberate Palestine and defend its people, women, children and elders.

When our Ummah was in the era of Islam’s glory, one woman’s appeal was enough to move mighty armies to defend. And when there were Muslim rulers who had protective jealousy for their Deen, their dignity and their honour, the cries of Muslim women were a reason for the conquest of countries; the army of the Messenger of Allah (saw) of Medina was to avenge a Muslim woman whose honour was violated by a Jew. India and Sind were only opened in response to the calls of Muslim orphaned women screaming: O Hajaj. And the holiest sites of the Christians, Amoriyah was conquered by the word: O Mutasim. The armies of Ibn Abi Amir arrived in the far south of France only in response to three Muslim women imprisoned in a church and cried: O Amir. So, where are the rulers of today, the Ruwaibida (incompetent rulers), in all of this?! Where are the armies that are filled with pride and dignity?!

The liberation of Palestine and revenge for these women and others will not materialize except with an army led by the Imam, the shield who will be fought from behind him and protected by him, may this be soon. Allah (swt) says: