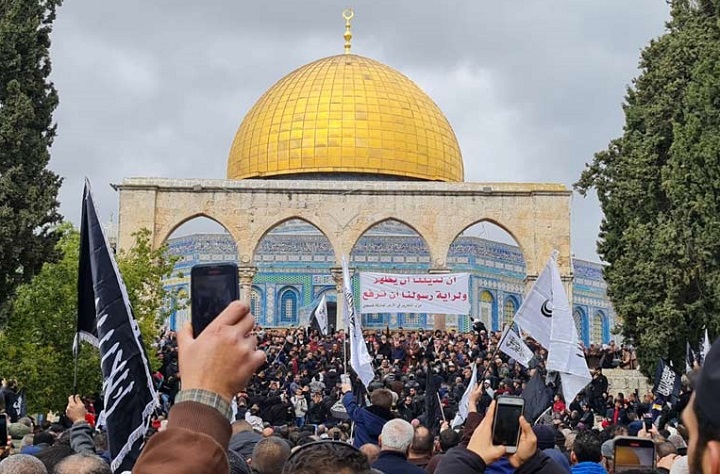 After Friday prayers on 4/3/2022, in the crowds of worshipers, and at the conclusion of its activities remembering the 101st anniversary of the demolition of the Khilafah (Caliphate), Hizb ut Tahrir in the Blessed Land – Palestine issued an appeal from the blessed Al-Aqsa Mosque to the Ummah and its armies, calling upon them to hasten to establish the Khilafah and support its dawah carriers.

In a speech delivered by Dr. Musab Abu Arqoub, Member of the Hizb’s Media Office in the Blessed Land, the party considered that the Ummah today, rather humanity, is in dire need of the dawning of the Khilafah State.

The party emphasized that the Ummah is still living through the catastrophe of the destruction of the Khilafah, in Palestine, ash-Sham, Iraq, Afghanistan, India, Myanmar and all parts of the earth.

The party stressed that the world today is in need of a new global power to overthrow this criminal system. It needs Islam and the Khilafah State to save it from the crimes of the major countries – America, Russia, Britain, France and China – for their crimes against humanity are shameful, and the Khilafah State is the savior of humanity and it will change international relations and restore it again, and it is the haven for the weak in the whole world. 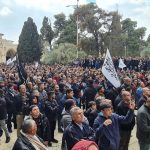 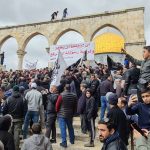 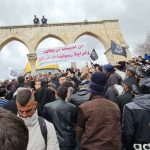 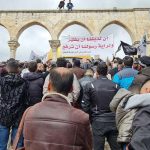 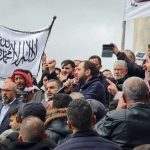 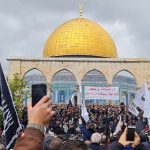 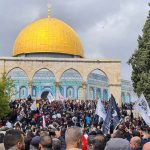 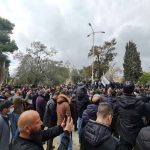 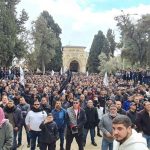 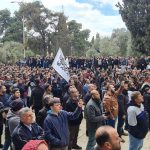 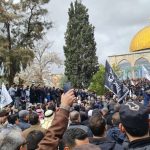 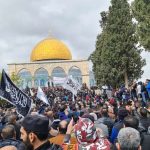 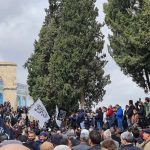 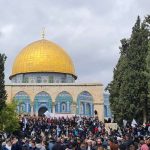 The crowds chanted for the Khilafah, calling on the Ummah’s armies to support, mobilize, and overthrow the thrones.