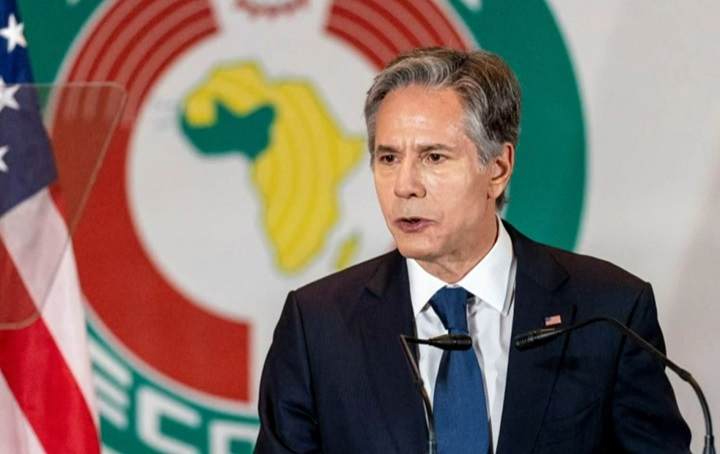 US Secretary of State Antony Blinken will visit Kenya, Nigeria, and Senegal from November 15-20, underscoring the depth and breadth of our relationships with African partners. (The Star, 12/11/2021).

Comment:
Once again the American regime deploys its top diplomat to Africa in person, after initial visiting Kenya and Nigeria virtually in April 2021. However, this time Senegal is included in the itinerary. It is imperative to engage our minds by asking ourselves the following questions: 1st – what formed the visit? 2nd – why visit the three nations specifically? 3rd – who stands to benefit most in the visit? 4th – the three nations and US are partners in what? The four questions will be equivocally answered if we go by the public statements sent to mainstream media that receive paychecks to parrot state propaganda.

Indeed, the visit is nothing but another neo-colonial shuttle diplomacy that aims to tighten the nooses on the necks of African agent rulers, in order for them to continue adopting the venomous roadmap spearheaded by the new occupant of White House. The roadmap involves shackling the nations to the failed god of democracy, liberal social value system, usury based and exploitative economic system amongst other vices that keep causing inestimable disasters to humanity across the world. In addition, the American regime is focused on undoing the gains made by the Chinese regime in Africa.

The three nations play vital role in their respective regions and Africa at large. To be specific, Kenya is an economic hub in the East and Central African region with unparalleled competition. Nigeria is the largest economic hub and with the largest population in Africa. Senegal’s president is about to ascend to the helm of the African Union (AU) leadership. Furthermore, the three nations remain loyal to their colonial masters namely Britain and France. So, America recognizes the importance of these nations and has dedicated its efforts in dislodging them from its colonial competitors.

The American regime as a global hegemony stands to benefit more from the visit. However, the subservient nations will also benefit from the meager crumbs being dished out by the colonial master. America will benefit via the implementation of the numerous behind the scenes signed pacts that will unanimously favour the American conglomerates at the expense of the local industries. At the same time providing further leeway to American financial institutions e.g. the World Bank and the International Monetary Fund to continue to wreak havoc on the economies of the subordinate nations.

America and the three nations are partners in causing corruption in the world. The pinnacle level of corruption is their fighting of Islam and Muslims. Together they have branded Islam as a radical ideology and Muslims as extremists and terrorists. Hence, they have resolved to oppress and massacre Muslims via drafting and executing laws and policies against terrorism and extremism! Together they vilify Islam and consider it barbaric and archaic unable to solve millennial challenges. Alas! The same challenges result from the implementation of the invalid secular capitalist ideology by the same nations!

In conclusion, this visit brings no hope nor prosperity to Africa. Instead it is just another visit undertaken by new faces but with the same plots i.e. colonial visit to assess the colonial farms owned by American competitors. In case of any opportunity, then attempt to tempt the colonial farm managers with little handouts in the name of financial aid amongst other overtures to shift their colonial loyalty. If no opportunity, then at least seek their meager support in carrying out America’s venomous agenda in their respective nations and abroad. Part of the agenda involves fighting America’s proxy wars.

Africa will continue to suffer under the hands of Western colonialists who rule African nations via their colonial agent rulers. Despicable rulers who steal both private and public properties and send it abroad and leaving the citizens to languish in perpetual poverty. In addition, connive with the so-called Western aid organizations that allege to be helping the citizens; but, exist to protect the status quo and deceive the masses. Africa is engulfed in misery. Only the emergence of an alternative governance system will guarantee the removal of the despondency. The alternative system that emanates from Allah (swt) is the Khilafah (Caliphate) upon the method of the Prophethood. The Khilafah will deliver genuine hope and prosperity not only to Africa but the whole world. It will be capable of doing so via its implementation of the various Islamic systems.