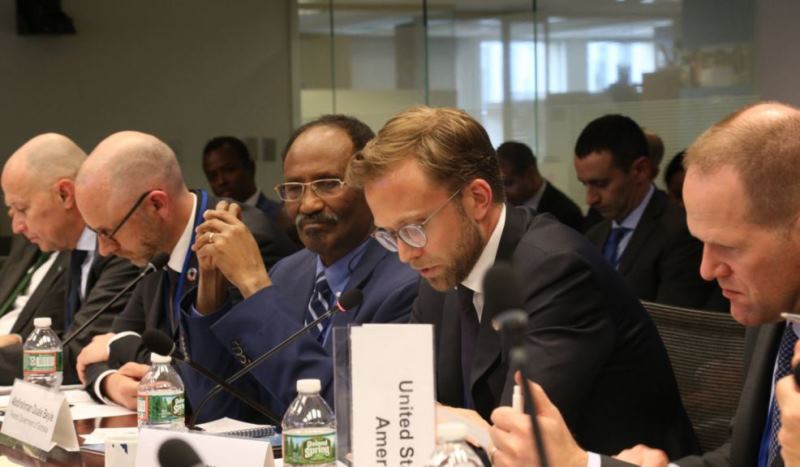 It is reported that Somalia has fully met all the 27 requirements of global funds of the International Monetary Fund (IMF) that was conditioned in order to relieve from its withstanding debt (Radio Dalsan, 22/09/2018). Furthermore, World Bank has approved $80 million in grants to Somalia to fund public finance reforms, marking the first disbursement to the government of the conflict-ridden country in 30 years, the bank said (Radio Dalsan, 27/09/2018).

Somalia is a country that is a victim of Western colonialists’ infighting between America and Europe, especially Britain, in order to control and plunder its vast natural resources especially oil and utilization of the mouth of the Red Sea. The situation became worse after the fall of Mohamed Siad Barre, an American agent ruler since January 1991, since nearly two-thirds of Somalia was allocated to the American oil giants Conoco, Amoco, Chevron and Phillips in the final years before Somalia’s pro-U.S. President Mohamed Siad Barre was overthrown and the nation plunged into chaos. In order to salvage the companies’ concessional rights, the Bush administration decided to send U.S. troops (invasion) to protect their multimillion-dollar investments disguised as safeguarding aid shipments to Somalia.

America’s grip and plundering on Somalia continues unwavering with Mohamed Abdullahi “Farmajo” Mohamed as the current President since 2017. Furthermore, American policies since the era of Siad Barre and to date are only concerned with the exploitation of Somalia’s resources. However, with the defeat of American troops in Somalia due to the response of Muslims globally to unite under the banner of “Jihad to expel the invaders”, America was humiliated despite its sophisticated weaponry and high-tech training in warfare compared to those of the “Mujahideen.”

Since then America has changed tactics and instead employed the call for democratization and governance reforms of Somalia institutions. In essence, it means that America is attempting to mold the Somali people with deep secular Western-culture and values such that their Islamic identity is distorted completely! To realize its evil objectives, America uses its financial institutions, including but not limited to IMF and World Bank (WB), in supporting the Somali government with the necessary funds to prop-up the regime and ensures that it rubberstamps and executes its policies in Somalia. Therefore, the primary role for IMF and WB is to engage in state-capture and imposition of policies and not take care of the affairs of the citizens of Somalia! As confirmed in 2017, when over 6 million Somalis were facing severe famine with one of the reasons being that of prolonged-proxy wars led by US in the name of Terrorism and Extremism but the truth is that they are proxy-wars aimed at plundering the country!

It is crystal clear that America and its financial institutions are not only enemies of Somalia but also for Kenya which recently passed the Finance Bill 2018 that reflected IMF proposals that ended up condemning citizens into further poverty-stricken lifestyles! The most urgent solution is for Somalia, Kenya and the whole of Africa to cut ties with these Western institutions, like IMF and WB, that champion poisonous secular capitalist ideological policies disguised as confectionaries! Instead, embrace the Call for Khilafah on the method of Prophethood. Khilafah will not only guarantee Africa’s genuine renaissance but also expel secular colonialists and hence restore Africa’s hope in itself and exhaust her potential in the path of tranquility and prosperity.