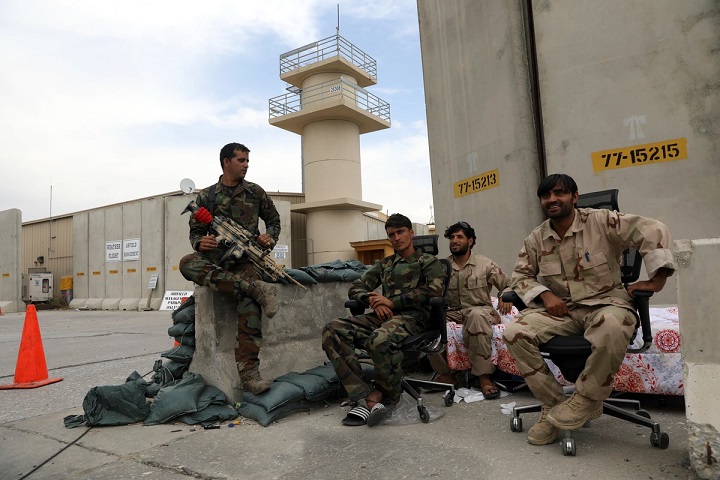 On 5 July 2021, US forces under the cover of the night abandoned its key air base in Bagram. Despite the two-decade long occupation US officials had no confidence in the forces it’s been training and did not even officially hand over the base to the Afghan forces. The situation today is the very enemy the US overthrew back in 2001 has taken over nearly 80% of the country. The US is now the latest victim in the graveyard of empires.

There is little doubt the US invaison and occupation has been a complete disaster from a military perspective. The US had its eyes on Central Asian energy in the 1990’s and all the new pipelines from the region would need to go thorugh Afghanistan and to Pakistan and India to international markets. Regime change came to be the strategy for the US saw as the ideal way to conquer the country for its strategy for the region. The US arrogantly believed they could remove regimes for their own agenda. They were so arrogant the US began another war in Iraq in 2003 when the Taliban regime fell within a month. The US established a new regime and new Afghan security forces. But both institutions have been a complete failure and as a result US accepted by 2009 its failed to pacify the county and will never been able to defeat the Taliban.

From 2010 the US began to engage the Taliban and pursued a multifaceted approach to bring them to the negotiating table. Talks began indirectly, then moved to neutral locations, then these turned into formal talks which eventually converted into direct talks and under President Trump they became the intra-Afghan peace process. The Taliban agreed to US terms and has not attacked US forces ever since, but it has been attacking the Afghan army and the government who are in all likelihood months away from collapsing. The Taliban of today are very different from the Taliban of the past. Today the Taliban regularly meet and hold talks with the Iranian regime in Tehran and meet Russian officials in Moscow, something unthinkable a few decades ago. For the US, its strategy of using Afghanistan in order to secure Central Asia, required a stable government in the country. Therefore, if the Taliban can achieve stability in the country, this achieves US interests.

The US strategy to save itself from the jaws of defeat in Afghanistan involves utilising the surrounding nations to carry the burden whilst the US manages from afar. Pakistan will play a key role in this and it would appear Pakistan’s military leaders have already embraced America’s new strategy with all the talk of regional connectivity and Pakistan’s geo-economic potential. The speech by General Bajwa in April 2021 about including economic security as part of the comprehensive security framework and transforming Pakistan into an economic hub came in this context. This connectivity from various speeches from the militray and politicians of Pakistan involves linking land locked Central Asia to Pakistan’s Southern ports of Gwadar and Karachi (North to South connectivity), and to facilitate trade between India, Iran, Afghanistan and beyond (East to West connectivity). General Bajwa’s revelations about burying the past and normalising relations with India in April 2021 indicate this also.

When the US accepted it could not win in Afghanistan it began engaging regional nations who over the last decade began taking on the burden and heavy lifting in Afghanistan. Iran stabilised the north of Afghanistan, whilst India has been playing a role, in reconstruction efforts in Afghanistan, whilst China has made a number of investments in the countries untapped mineral deposits. Similarly, Russia has not opposed the US in Afghanistan and provided the US with all the support it needed in the country from logistical support for US supplies and intelligence. The US has been working with these nations for the best part of a decade to manage Afghanistan and has enlisted their help when it withdraws its militray and manages things from afar.

What is taking place in Afghanistan is what the US did in Iraq when it was bleeding to death in the insurgency. As Afghanistan was only a means to an end, not an end in itself, the US has reoriented its presence and passed the heavy lifting to Pakistan and a host of regional nations. Internally its agreed for the Taliban to return as after two decades only they can bring stability in the country. The US has Pakistan if the Taliban goes too far, but from there statements the Taliban, today they are pragmatic and have toned down their demands. The Taliban defeated the US on the battlefield, but now the US is defeating them on the political front.