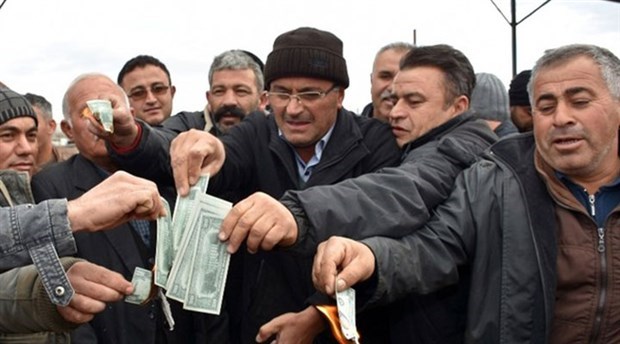 The Turkish lira has recently lost 50 per cent of its value against the dollar due to the rapid increase in the foreign exchange rate and the severe financial crisis associated with it, as a result of which the purchasing power of people has fallen by half compared to the previous year.

This process is not new but has accelerated as a result of tension in Turkish-American relations. In March, former minister, Mohammad Shamshak, warned in a statement addressing businessmen: “Do not ever borrow in dollars,” clearly pointing out to the financial and economic crisis that has begun. The current crisis also included the current account deficit, debt stock, unemployment, inflation rates and monetary policies of the central bank. This situation was one of the main reasons for the early elections. This crisis, which has emerged in the economic and financial markets is in fact a process that cannot be contained or avoided. The capitalist economic system applied in Turkey as a tool for Western colonialism led by America creates an unstable ground for these crises. The real economy of the country is based on consumption, assembly and processing industries and import, but not on production. In the last 16 years, hot money that has entered Turkey and the foreign debts that the government has borrowed has been spent on publicity goals and infrastructure that satisfy popular desires rather than spending on economic development. And instead of breaking the path of corruption in public tenders in this area and work to reduce it, the government opened the way for it. No serious steps have been taken towards the establishment of heavy industries based on advanced technology, the transition from the assembly and processing industry to the real industry, the promotion of agriculture and animal husbandry, and the increase of energy resources. On the contrary, an economic policy has been adopted that appeals to popular desires and increases foreign dependency in the name of privatization and external financing, attracting foreign investors, developing tourism, developing the stock market, etc.

The state, as the public and private sectors, is in a major debt quagmire amounting $455 billion, and foreign debt payments with their RIBA-based interest became a heavy burden. Due to the banking sector’s access to funds through external borrowing, people and the business world have increasingly been associated with loans. Inflation has emerged as a result of the expansion of money supply in the face of increased spending. The virtual economy has dominated the real economy, allowing merciless financial markets in which remittance, interest, stock exchanges and others are promoted, to dominate rather than production and exports. This has led to a significant increase in the fragility and volatility of economic and financial markets and their fluctuations.

This is only a few of the secretions of the disastrous and corrupt capitalist economic system that serves the Kaffir Western colonial powers. Alongside the application of capitalism and the government’s impotence, this time a trade and financing war was launched against the entire world by America led by Trump. Trump, who has been working throughout his reign as a mafia leader who imposes royalties on states, tries today to involve the whole world in his current crisis. The rulers of the Islamic countries do not sever their relations and renounce their political, economic, and military dependency to America as a friend and ally, although it is a key factor to their economic collapse. And while America is working to occupy our country, dispersing our people and killing our brothers and sisters, these rulers are racing to get closer to the Kafir colonial America, seeking strength and pride from it. And those who sounded the alarm and declared preparation and said: “They have started a war against us so be prepared for it.”, they continue to make friendship, diplomatic, commercial and military relations with America, wage proxy wars on its behalf, and allow the use of our bases and the implementation of their evil plans.

There is no doubt that our lives will remain in misery as long as these rulers turn away from the Deen of Allah and repel from His way. Justice will only prevail under the leadership of the Khilafah Rashidah (righteous Caliphate) state, and the crises which are the nature of this globalized capitalist system will continue, and the subordination to the Kaffir Western states and the suffering of the oppressed and repressed peoples will remain; unless a monetary system based on gold and silver is restored, the financing colonial instruments are fully cancelled, and an independent economic financial system is being founded. If this is the case, then clearly there is no solution except with the establishment of the Khilafah Rashidah to save the world from the exploitation of capitalism, the brutality of America and the injustices of the Kaffir states, Allah Almighty says:

“And desire not corruption in the land. Indeed, Allah does not like corrupters”