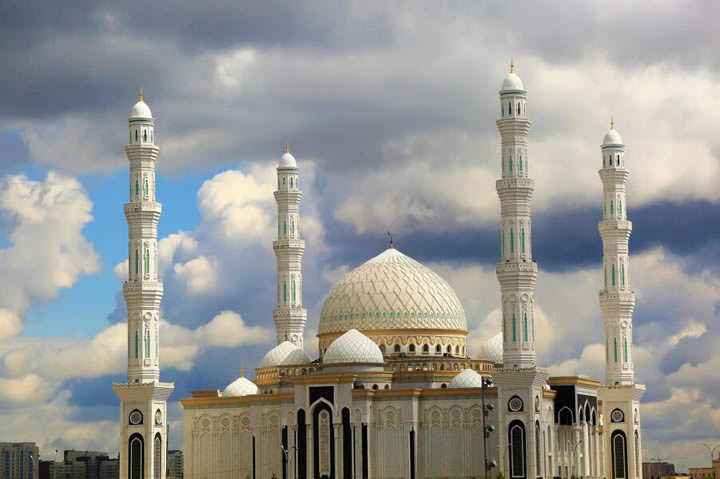 “Allah has promised those of you who believe and do good that He will certainly make them successors in the land, as He did with those before them; and will surely establish for them their faith which He has chosen for them; and will indeed change their fear into security—˹provided that˺ they worship Me, associating nothing with Me. But whoever disbelieves after this ˹promise˺, it is they who will be the rebellious.” [55].

Ibn Al Kathir says in his interpretation of this verse: This is a promise from Allah to His Messenger that He would cause his Ummah to become successors on earth, i.e., they would become the leaders and rulers of humankind, through whom He would reform the world and to whom people would submit, so that they would have in exchange a safe security after their fear.

The reader of the noble verse carefully examining its meaning realizes that the divine promise mentioned in it is a good bishara (news) for which one must be prepared to fulfill its conditions. How not when it is a promise from Allah Almighty, meaning it is haqq, truthfulness, and a reality that will inevitably come. (وَمَنْ أَوْفَى بِعَهْدِهِ مِنَ اللَّهِ) “And whose promise is truer than Allah’s?” [Surah At-Tawbah: 111],

He who lives in light from Allah and proceeds in the light of His promise, His bushra, and the revealed Haqq, shall almost see the rise of the Islamic Khilafah (Caliphate) sooner than the rise of the sun after dark, and you see him walking in his path, echoing in his chest the verse of promise and the hadiths of the Prophet (saw) promising Istikhlaf; rolling up from his forearms so that he becomes one of the faithful, devout group working with good deeds and actions that deserve victory and empowerment.

Perhaps these lines are in order to sharpen motivation and remind us of what must be settled in the heart and mind of every Muslim who desires a life that pleases Allah Almighty and a paradise prepared for the righteous; goodly the abode and the resting-place.

How can our hearts and minds not be filled with certainty and steadfastness while echoing the hadith of our most honorable Prophet, saw, narrated by Imam Ahmad from Nu’man bin Al-Bashir,

And that who accurately depicts the types of ruling that the Muslim community passed on after the Messenger of Allah, saw, until this day:

1- The stage of Khilafah on the method of Prophethood: the time of the Rightly Guided Caliphs (Al Khulafaa’ Al Rashideen).

2- The stage of the biting monarchy (a harsh rule), from the Umayyad Caliphate to the Ottoman Caliphate.

3- The stage of compulsory monarchy (a coercive rule): from after the Caliphate to these days of the people.

4- The stage of Khilafah on the method of prophethood, in which our hearts and souls are ready for its arrival.

So, by Allah, how can we not be one of those who are certain, and this hadith presents in our minds the line of the successive eras of history and what we live today in a way that mimics the reality as we see it today, and how can it not strengthen our resolve and wisdom, in order to promote the march towards the bright tomorrow and the hope of the Ummah that he (saw) promised?!!

“Allah drew the ends of the world near one another for my sake. And I have seen its eastern and western ends. And the dominion of my Ummah would reach those ends which have been drawn near me”. And

“Give this Ummah the glad tidings of glory, high status, religious commitment, victory and establishment in the land.”

And the long hadith that came at its end:

“Allah Almighty will raise someone from amongst my children who will refill the earth with justice and fairness just as it was filled with tyranny and oppression before it. All those living in the heavens and earth will be pleased with him. The earth will produce as much as possible, and Allah will pour down torrential rain from the sky. Mahdi will live in this era (of prosperity, equity and justice) for seven, eight or nine years. Prosperity will be on such a high that the people at the time will wish that only if those who had passed before them and experienced misery and oppression were alive.”

The Haqq and truthfulness of certainty fills the heart of everyone who is aware of the verses and hadiths that speak about the promised Khilafah under which people will enjoy justice, and they will live in security and safety, and see in it the victory and empowerment of the nation and the pride of Islam when it has a state governing the Qur’an for a state whose enemies count for a thousand accounts. A believer will never be wronged in the whole world if it exists.

And they ask you when is it? Say: Perhaps it will be soon. We ask Allah Almighty to grant us the blessing of the Islamic Khilafah sooner rather than later, and to make us among its witnesses and soldiers for it.

He (swt) is Able to do what He pleases, and bless the Muslims so that their eyes are beautified with seeing Islam dear shining in all parts of the universe.