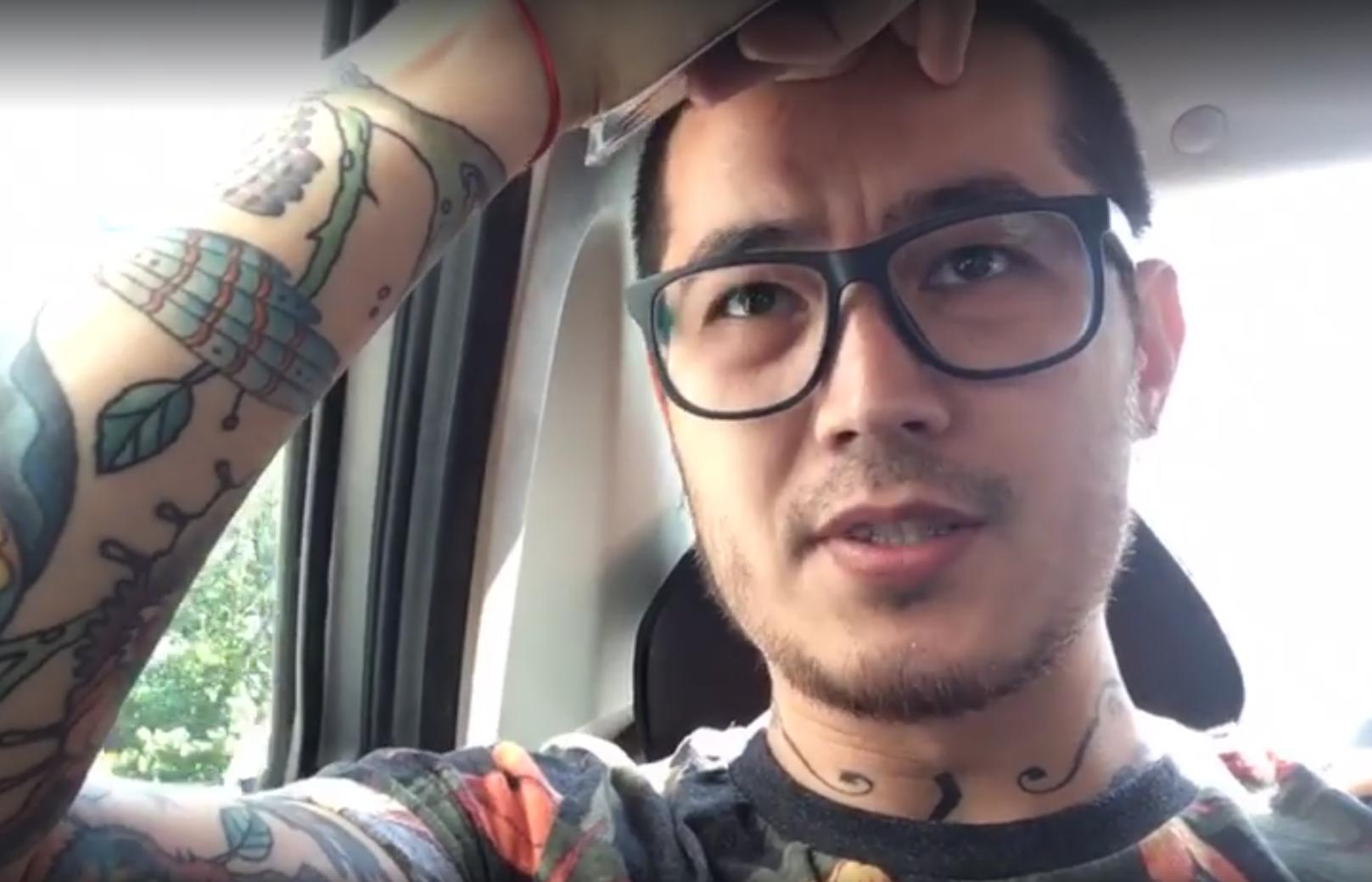 On February 2 of this year, the Moscow City Court issued an order to expel Khudoberdi Nurmatov (Ali Feruz), a journalist of the Novaya Gazeta and a citizen of Uzbekistan, from Russia with the possibility of travelling to a third country. This news was posted on the front pages of leading Russian and Western media, including websites of international human rights organizations. On February 15, Ali Feruz, accompanied by the bailiffs, was taken to Moscow Sheremetyevo Airport, where he flew to Germany, and on February 20, in an interview with the independent Russian television channel Dozhd, he stated that Germany had granted him refugee status in a short period of time and in the next few days he would receive the relevant documents. In addition, Göttingen University invited him to do a research project on refugees from Syria.

It should be reminded that in the summer of 2017, a freelance correspondent of the Novaya Gazeta, Ali Feruz, was detained by the police officers near the editorial office of the newspaper, and was taken into custody, after which the procedure of his extradition to Uzbekistan began. Thus, after half a year of imprisonment, the journalist was at large.

It is noteworthy that Khudoberdi Nurmatov is a representative of the LGBT community, which he repeatedly mentioned in his interviews to various media. He once again confirmed this on February 28 in an interview with Deutsche Welle, a German television and radio company. To the question “What is your attitude to religion now?” He replied in detail:

“Now I’m an atheist. It was a very long and hard way for me. The push for doubt in religion, probably, was my homosexual orientation, when I began to understand that I like men except for women. I began to study what my religion says about this. In Islam, this is a very sensitive subject: religion says that such people “must be stoned, killed, destroyed.” I resisted for a very long time, tried to “recover from homosexuality” and become a “normal” person. Then I realized that in fact it is not a disease, I need to reconcile with this. I began to question the dogmas of religion. As a result, I realized that this is – some kind of institution of control over people. I doubted that God exists at all.”

It should be reminded that the release of Ali Feruz was preceded by a multi-month action that was jointly conducted by the Russian and foreign journalists, human rights activists, bloggers, representatives of creative intelligentsia, show business stars and even representatives of foreign governments that opposed the deportation of journalist of Novaya Gazeta to Uzbekistan. The petition in his support gathered more than 55 thousand signatures. There formed the feeling that the entire world stood up for the protection of the journalist in the information field. But, despite all this, the campaign did not reach its goal immediately, most likely, the Uzbek-Russian secret agreements on the extradition of persons wanted by Uzbekistan did their job. “A general who can command the police, he works somewhere, apparently, higher than the police. Apparently, he promised to one of his Uzbek colleagues: g *** question! You need this dude – let’s hand him over. But now we have a struggle for life and death – with mysterious forces, – said Dmitry Muradov, an editor-in-chief of the Novaya Gazeta, during the All-Russian Civil Forum about the difficulties with the release of Ali Feruz.

A person who is not dedicated to the issue of the relations between Russia and the countries of Central Asia on the issue of extradition of politically motivated refugees may feel that the attempt to deport Ali Feruz to Uzbekistan is something extraordinary, a phenomenon that attracted advocates precisely because of the very fact of injustice, and the failed expulsion of a journalist is the triumph of justice and legality. Is it true?

In fact, the extradition of refugees from Central Asian countries by Russia is a long-standing practice that is realized both by lawful means – deportation and extradition, and unlawful ways: the Russian special services (siloviki) hand simply over a person who subsequently finds himself in prison in his homeland to the Uzbek and Tajik special services, allegedly, he voluntarily crossed the border and returned home. Moreover, in Russia today there is an unprecedented practice: the representatives of the special services of the countries of Central Asia, in spite of any procedures, visit the prisoners of compatriots and torture them, demanding to give the necessary evidence to the siloviki. Naturally, almost all such cases concern those refugees from the countries of Central Asia, who are wanted at home for Islamic political or preaching activities. Over the past 15 years, hundreds of people who were tortured and killed by Asian tyrants were handed over from Russia into the hands of the special services of the Central Asian countries, first of all, of course, this is Uzbekistan and Tajikistan. And what awaits the prisoners in Uzbek prisons today is well known – the most cruel tortures in their perversion, the constantly extension of the detention, the infection with tuberculosis and HIV.

In an interview with DW Amnesty International director for Europe and Central Asia, John Dalhuisen explains the process of the extradition of political refugees to the countries of Central Asia:

“The standard procedure is the following. A person whose extradition is demanded by Uzbekistan or Tajikistan appeals to the European Court of Human Rights in Strasbourg with a request to stop the extradition procedure before hearing his case. The court renders such a decision, that is, requests that the applicant not be extradited to a country where he/she is in danger of being tortured. Soon after this, the Russian migration services decide to release the detainee. He is released and disappears. After a while, he appears again in the remand center, for example, in Tajikistan.

It is impossible to imagine that this would happen without the close cooperation of the Russian special services and special services of Central Asian countries. Over the past two years there were at least dozens of such cases. In nine of them, this happened in Russia after the adoption of the ECHR judgments. It’s not about the secret program of kidnapping terror suspects, as the US did after the September 11 attacks. This is happening in front of the international community. “.

And all this is not a secret for anyone, and journalists, human rights activists, and Western governments are all well aware of this. But why do not all these crimes evoke any reaction on their part, but they have joined for the defense of Ali Feruz as a united front? Why did only the few activists and lawyers among the Muslims who could be counted on the fingers of one hand care about those political refugees who were expected to be extradited simultaneously with Ali Firuz? Why didn’t Ali Feruz himself, when he went free, even dwell on what was happening in Russia with the political emigrants from Central Asia, how mercilessly they are sent to face certain death in Uzbekistan?

The answer is obvious: they stood up for Ali Feruz not because he was wronged, but because he is a former Muslim, gay, liberal – in a word, he is an example of what they want Muslims to be in the West – betraying their religion, culture and history, forgetting their mission and role in the world.

Moreover, Ali Feruz – not the only such “specimen”, for which “the whole civilized world” stood up.  In 2017, the Russian liberal, and subsequently foreign media, widely covered the persecution of gays in Chechnya, so that even French President Macron, Chancellor of Germany Merkel and the US State Department appealed to Putin with a demand to stop these persecutions. Also, a wide response was caused by Movsar Eskerkhanov’s interview, a gay man who fled Chechnya and was granted asylum in Germany, to American magazine Time. In the interview, he spoke about the persecution of gays in Chechnya. Thus, we witnessed another international campaign to protect gays in Chechnya, in the Chechen Republic, where Kadyrov is cruelly cracking down on anyone who does not agree with him, where young people are killed just for the so-called “Wahhabi views,” where young Muslim girls are shaved by  Kadyrovtsy.

“Ali Feruz” is no longer just a person’s name, now it is a symbol of the duplicity of the whole Western world and the liberal camp. The camp, that is always ready to lie down to protect the gay who is out of religion, and is at the same time deliberately silent about the massacre of those who are persecuted for their perseverance in their Islamic views.