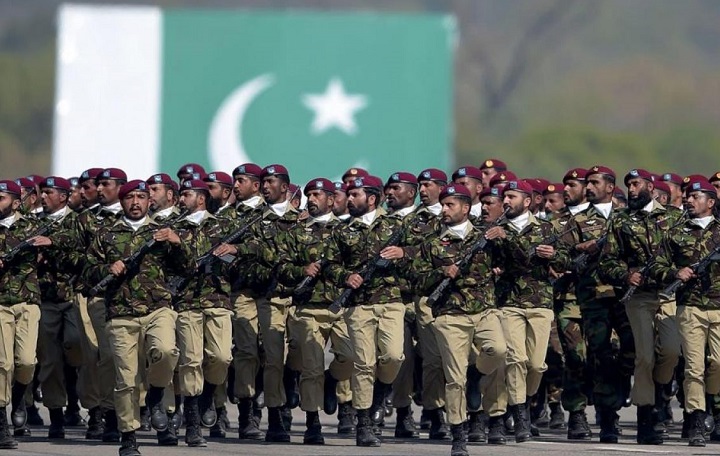 A full thirty-six hours after the Muslims of Pakistan began to express their fury at the attack on Al-Masjid Al-Aqsa by the Jewish entity, the ruler of Pakistan finally woke up from his slumber. At 3.54 pm on 9 May 2021, Imran Khan issued a tweet, proclaiming, “Strongly condemn Israeli Forces attack esp during Ramazan on Palestinians in Qibla-e-Awaal, Al-Aqsa Mosque… Int(ernational) community must take immed(iate) action.” It would have been better for Imran Khan to have continued to sleep, rather than say the criminal words that he said. It is the international community itself that planted the Jewish entity in the heart of the Islamic Ummah after the fall of the Khilafah (Caliphate). It is the international community that insists the rulers of Muslims normalize relations with the Jewish state. It is not the international community for which Al-Masjid Al-Aqsa awaits, but the lions of Pakistan’s armed forces who are ready and willing to march forth.

O Muslims of Pakistan! The lions of our armed forces can liberate every inch of the Blessed Land of Palestine, but what prevents them are the Mir Sadiqs of today. It is upon us to shake off any despondency and re-establish the Khilafah on the Method of Prophethood to ensure that our lions march forth. The Arabic saying, الناس على دين ملوكهم “The people are upon the Deen of their rulers” is indeed true, which means that it is time for Khilafah in Pakistan. We have changed ourselves to the point that we need rulers like us, who love Allah (swt) and His Messenger (saw) as we do. We want the French ambassador out, to defend the honor of the Messenger of Allah (saw), but the current rulers do not, through obedience to the West. We want the liberation of Kashmir, but the current rulers restrain our armed forces, so that Modi strengthens his occupation. We want Al Aqsa liberated, but the current rulers are meeting with the Arab rulers in order to prepare for the recognition of the Jewish entity. So let us surge forwards now with Hizb ut Tahrir for the re-establishment of the Khilafah on the Method of Prophethood, so that the first Takbeers are raised in the wars for the liberation of Al-Aqsa and Occupied Kashmir.

O Lions of Pakistan’s Armed Forces! After the First Crusade laid siege on Al-Quds slaughtering Muslims within the city walls, defiling the chaste Muslim women and violating the sanctity of Al-Aqsa, Qadi Abu Sa’ed al-Harawi shouted in the Diwan of the Khalifah, al-Mustazhir Billah, in August 1099,

“The most evil weapon manufactured by man is the shedding of tears when swords stir the coals of war.”

Today, the Ummah does not shout for rulers who tweet condemnations and call to our enemies for relief, but it shouts for rulers that will lead you in battle, seeking victory and martyrdom. Grab the Mir Sadiq’s of today by their lying necks and install the truthful Tipu Sultan, so that the earth thunders at the march of your SSG, the skies roar with the jets of your Pakistan air force fighter planes and the cowardly Jewish and Hindu enemies scurry before you in terror. Grant your Nussrah to Hizb ut Tahrir, under its Ameer, Sheikh Ata Bin Khalil, for the re-establishment of the Khilafah on the Method of Prophethood, so that you can finally march forth. March forth for Allah (swt) is with you and will never lay waste to your deeds. Allah (swt) said,

“If you do not march forth, He will afflict you with a painful torment and replace you with other people. You are not harming Him in the least. And Allah is Most Capable of everything.”
[Surah at-Tawba 9:38-39].