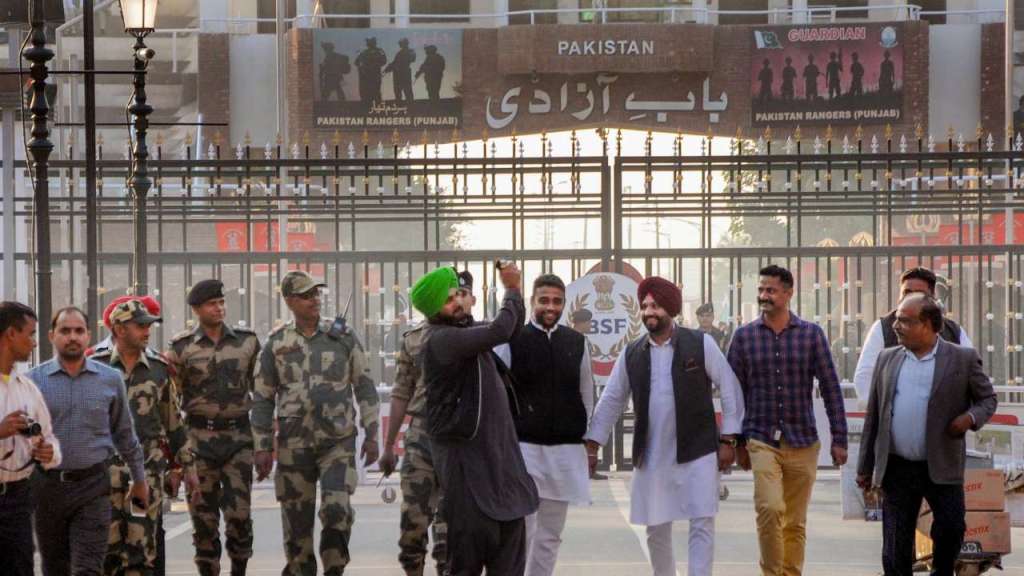 On 24 October 2019, the Bajwa-Imran regime signed an agreement with India for the opening of Kartarpur corridor. Thus, the regime has sent a cold, cruel message to the Muslims of Occupied Kashmir that irrespective of Indian brutalities against them, it will continue the process of normalization with India, in accordance with Trump’s dictates. When India has announced the annexation of Occupied Kashmir, locked down more than eight million Kashmiris for almost three months in their houses and abducted Kashmir’s youth and children, the opening of Kartarpur corridor is a dagger plunged in the back of the Muslims of Kashmir. India is now encouraged in its oppression of Muslims of Kashmir, as the Bajwa-Imran regime is not willing to downgrade Pakistan’s relations with India, despite its excesses in Occupied Kashmir. In order to cover its treachery, the Bajwa-Imran regime is hiding behind the claim that the purpose of the agreement is not to appease India, but to win the hearts of Sikhs living in India. How so? After amending the Indian constitution to end Kashmir’s special status and boldly annexing it, how can the Modi regime be so naïve as to fall for this “cunning trick”? So who is the regime seeking to fool, really?

O Muslims of Pakistan and their Armed Forces in Particular! There is no red line for Pakistan’s spineless leaderships that rule forcefully by man-made law, rather than by all that Allah (swt) has revealed. The civilian-military ruling elites that have come and go have violated red lines set by themselves numerous times, all the while claiming to protect the interests of Pakistan, but actually weakening the Muslims politically, economically and militarily. Thus, when India was able to catalyze the breakup of Pakistan in 1971, the largest Muslim country at the time, with the approval of the colonialists, rulers claimed that it did not lose half of Pakistan, but saved half. Instead of ending the Indian occupation of the Siachen Glacier, rulers argued that such an effort is not needed as even grass does not grow there. Whilst claiming that Kashmir is our jugular vein and possessing one of the most powerful armed forces in the Muslim World, the current rulers do not launch a decisive war of liberation. Instead they restrain Pakistan’s armed forces, spreading fear of the international community, international laws, the US and war itself.

Until this Kufr system is uprooted by the ruling by all that Allah (swt) has revealed, we will continue to suffer humiliation, despite having the capability to improve our situation. Is it not high time for the sincere officers in Pakistan’s armed forces to reject a man-made system that only produces leaderships that surrender our interests to our enemies? Indeed, all the while that Nussrah to the advocates of Khilafah is delayed, the current treacherous leaderships will continuously betray us. Only after the re-establishment of the Khilafah (Caliphate) on the Method of Prophethood will our armed forces be led by a Khaleefah Rashid who will break the chains of restraint, to decisively end the brutal aggression of our enemies against us. Allah (swt) said, وَقٰتِلُوۡهُمۡ حَتّٰى لَا تَكُوۡنَ فِتۡنَةٌ وَّيَكُوۡنَ الدِّيۡنُ لِلّٰهِ “Fight them until there is no [more] fitnah and [until] worship is [acknowledged to be] for Allah.” [Surah Al-Baqarah 2:193]