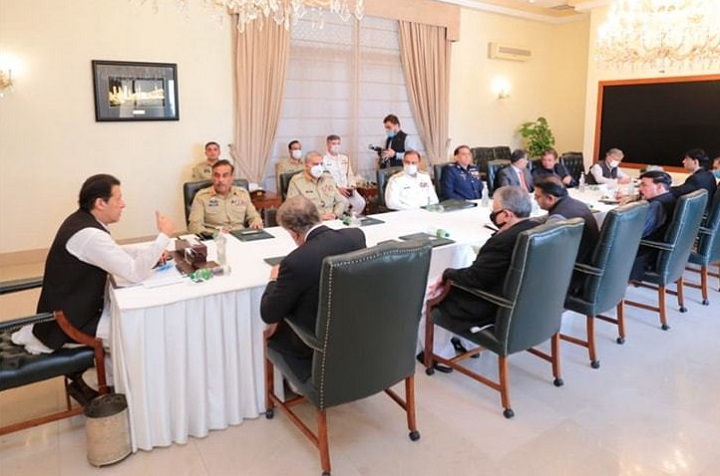 In an interview with Jamshyd N. Godrej broadcast on 7 October 2021, the US Deputy Secretary of State, Wendy R Sherman, arrogantly declared, “We don’t see ourselves building a broad relationship with Pakistan… But we all need to know what’s going on in Afghanistan… We all need to make sure that we have the capabilities that we need to ensure everybody’s security, including India’s.” Despite this humiliating statement, the military and political leadership warmly received her, keenly received new instructions and rapidly began implementing them. On 9 October 2021, just a day after Wendy Sherman’s visit concluded, Pakistan’s Prime Minister, Imran Khan, ordered the establishment of a special cell to optimize Afghan affairs, in accordance with US guidelines. This act of slavish obedience was presented as coordination of government agencies over the issue of “humanitarian aid.” Indeed, the intellectually bankrupt rulers of Pakistan care neither for their own self-esteem nor the interests of Pakistan!

It is not the first time that the United States is threatening, scolding and humiliating Pakistan, whilst down-grading Pakistan from its ally status. As it has done for over twenty years, despite the brutal oppression of the rulers of Pakistan, Hizb ut Tahrir Wilayah Pakistan warned Pakistan’s People of Power of the folly of alliance with the US, in a press release on 2 October 2021, stating, “the Quad meeting of 24 September alerts to the fact that the US has made India a strategic partner against China, whilst discarding Pakistan like used, waste paper. After exploiting Pakistan’s strategic, economic and cultural power to fulfill its interests, the US will now use the threat of sanctions, so that Pakistan makes way for the rise of India, as the regional hegemon. O Pakistan’s People of Power! Abandon the US now, just as readily as it has abandoned Pakistan.” Clearly the rulers of Pakistan are not naïve, so is it not time to end treachery against Pakistan, the Ummah and Islam?

O People of Power and Strength! For over seven decades, Pakistan’s rulers have been pursuing the interests of the United States, hoping that Pakistan will became secure and prosperous through American largesse. Although United States did allow limited strengthening of Pakistan previously, this was only when India was not in the sphere of influence of America, but that of Britain, and only to put pressure on the Indian elite to abandon London in favor of Washington. However, all that changed after the Vajpayee-Clinton rapprochement in 2000, when the BJP forged strong ties with the US and so the US promptly discarded Pakistan like used, waste paper.

So, how, after two decades, can anyone of sight and insight expect that Washington will now suddenly retrieve Pakistan from the dustbin of American history? Reliance on a foreign major power has consistently enslaved Pakistan to foreign interests, at huge costs to its own security and prosperity. Moving on from reliance on Washington to Moscow or Beijing merely changes the slave-master, or adds new slave-masters. Pakistan will only become secure and prosperous by ending reliance on foreign powers, making Tawwakul on Allah (swt) and mobilizing the huge resources He (swt) has granted us, just as the Messenger of Allah (saw) showed us, as the best example. The establishment of the Khilafah to unify Pakistan, Afghanistan and Central Asia, as single powerful state, will return the Eurasia to its proper, centuries-long, historical state, with the dominance of Islam and the defeat of the kafir powers. O Armed Forces of Pakistan! Stop our being mere pawns on the chessboard of Eurasia. Uproot the current visionless rulers and replace them by granting Nussrah to Hizb ut Tahrir for the re-establishment of the Khilafah (Caliphate) on the Method of Prophethood, so that the Islamic Ummah once again steers the course of humanity by the enlightening guidance of Islam. Allah (swt) said,

“Do you fear them? Surely Allah has greater right that you should fear Him, if you are true believers.”
[TMQ Surah At-Tauba 9:13].