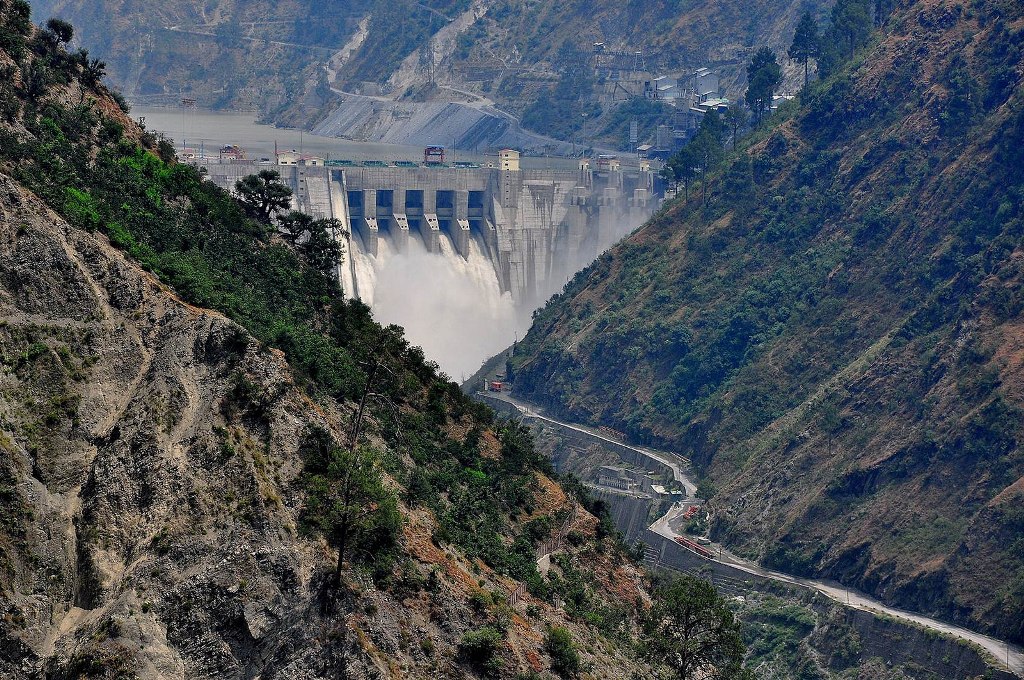 It is sheer delusion and blatant treason to adopt a weak stance before belligerents, in order to appease them, expecting that this would halt further aggression. On 16 October 2019, during an election campaign in Haryana, India, the butcher Modi announced in an election rally, “Believe me, for 70 years, the water which belongs to India and the farmers of Haryana (India) has flowed into Pakistan. Modi will stop this water (from flowing into Pakistan).”  The water dispute started on 30 March and 15 April, 1948, when India blocked Central Baari Do’aab and Deebalpur canals respectively, blocking Pakistan’s water from three canals. Then, due to the treachery of the previous Pakistani rulers, the three rivers of Ravi, Sutlej and Biyas were handed over to India in 1960. Now, Modi is announcing further initiatives, because he was encouraged by Pakistan’s political and military leadership docile response to his strengthening of the Indian military occupation of Occupied Kashmir. Encouraged by the spineless response, India is making aggressive escalations, first announcing seizing Azad (Liberated) Kashmir from Pakistan, which is now followed by an announcement of water aggression. It is crystal clear to anyone with even a shred of wisdom and sincerity that India will never end its belligerence, unless its aggression is paid back in the same coin.

As for the Pakistan Foreign Office statement that, “Any attempt by India to divert the flows of these rivers will be considered an act of aggression and Pakistan has the right to respond,” what sort of strong response is expected from the spineless regime against possible Indian aggression on our water supply, when the butchering and maiming of our Muslim brothers and sisters by the Indian military in our own jugular vein, Kashmir, merely garnered empty rhetoric and photoshoots on the Line of Control?! When a regime that commands over six hundred thousand capable and willing troops, possesses ballistic and cruise missiles, maintain an inventory of hundreds of fighter planes and is counted amongst the top five nuclear powers, tolerates foreign aggression submissively, it only invites further aggression.  The behaviour of this regime is like that of the scared sheep bleating whilst in the jaws of the hungry wolf, as if bleating will soften the heart of the wolf. Never! Indeed, the solution lies in letting loose the Karnal Sher Khan’s and M. M. Alam’s of the armed forces of Pakistan, who would cut India down to its real size and teach it a lesson that it would never forget. With each passing day, Pakistan’s civil and military leadership are shoving Pakistan along the Akhand Bharat (“Greater India”) agenda of the United States for the region. The time is now for the sincere amongst the armed forces to realize the gravity and urgency of the situation. They must turn the tables on the Akhand Bharat agenda, by granting their Nussrah for the re-establishment of the Khilafah (Caliphate), before it is too late, when it is already late. Allah (swt) said, قَاتِلُوهُمْ يُعَذِّبْهُمُ اللَّهُ بِأَيْدِيكُمْ وَيُخْزِهِمْ وَيَنْصُرْكُمْ عَلَيْهِمْ وَيَشْفِ صُدُورَ قَوْمٍ مُؤْمِنِينَ “Fight against them so that Allâh will punish them by your hands and disgrace them and give you victory over them and heal the breasts of a believing people” [At-Tawbah 9:14].