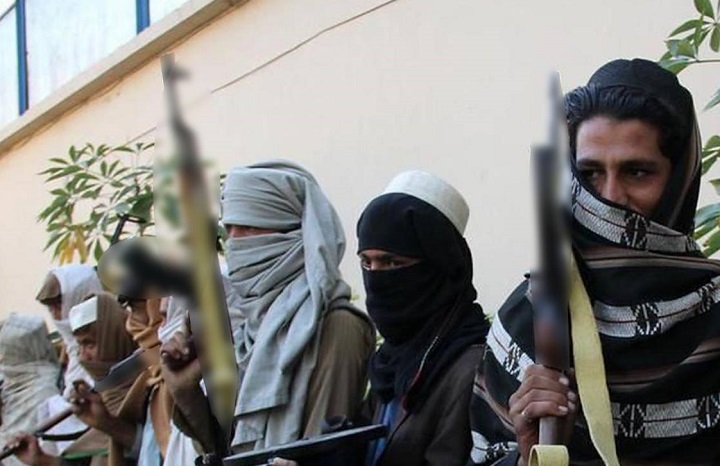 After debate in the media over the possible release of Taliban prisoners, as a gesture of “goodwill,” is it not high time that Pakistan’s rulers release Naveed Butt, the Official Spokesman of Hizb ut Tahrir in the Wilayah of Pakistan? Is it not high time to release Naveed Butt, when he has neither been seen nor heard of, by his family, since 11 May 2012, when he was abducted by government security officials, as witnessed by neighbors and family? Is it not high time, when on 4 January 2018, Pakistan’s Commission of Inquiry on Enforced Disappearances issued a production order, regarding Naveed Butt, with a reference number ColoED ID No. 860-P? Is it not making a mockery of the judiciary, the law of the earth and the law of the heavens, to keep Naveed Butt in abduction, without either public trial or face-to-face contact with his family?

However, the rulers of Pakistan keep Naveed Butt in abduction, even after the “War on Terror” has ended and the American military has retreated to a safe, over-the-horizon distance. Indeed, Pakistan’s rulers confirm, by their keeping of Naveed Butt in abduction, that the return of the Khilafah (Caliphate) on the Method of Prophethood is more painful for their master, Biden, than his humiliating retreat from Afghanistan. It is as a service to Biden that Pakistan’s rulers keep Naveed in abduction, whilst having extended all manner of compassionate facilities to the Indian spy Kulbushan Jadhav and the attacking Indian air force pilot, Abhinandan Varthaman. Pakistan’s rulers are cruel to the good believer, but kind to the vengeful enemy, even though Allah (swt) said,

“Muhammad is Allah’s Messenger, and those who are with him are firm with the unbelievers, but compassionate with one another” [TMQ Surah Al-Fath 48:29].

O Muslims of Pakistan! Call for the release of Naveed Butt through all forums that are available to you, for the Messenger of Allah (saw) said, «مَنْ نَفَّسَ عَنْ مُؤْمِنٍ كُرْبَةً مِنْ كُرَبِ اَلدُّنْيَا، نَفَّسَ اَللَّهُ عَنْهُ كُرْبَةً مِنْ كُرَبِ يَوْمِ اَلْقِيَامَةِ» “If anyone relieves a Muslim believer from one of the hardships of this worldly life, Allah will relieve him of one of the hardships of the Day of Resurrection.” [Muslim]. Call for the release of Naveed Butt for he was abducted due to his striving for the re-establishment of the Khilafah (Caliphate) on the Method of Prophethood, of which the Prophet Muhammad (saw) gave glad tidings of, saying, «ثُمّ تكونُ خِلافةً على مِنهاج النُّبُوَّة»“Then there will be a Khilafah on the Method of the Prophethood.” [Reported by Ahmad]

O Officers of the Armed Forces of Pakistan! It is well known amongst you that Naveed Butt was abducted after he called you to grant Nussrah for the re-establishment of the Khilafah Rashidah (Rightly Guided Caliphate). Now, you are the men of Nussrah, power and prevention, so it is not enough for you to merely call for the release of Naveed Butt. It is not even enough for you to secure the release of Naveed Butt, which you can do with ease. No, all that is insufficient before Allah (swt), because it is an Islamic obligation upon you to extend your Nussrah for the re-establishment of the Khilafah (Caliphate) on the Method of Prophethood. Grant your Nussrah to Hizb ut Tahrir, now, and unleash the worst fears of Biden and Modi, as you raise Takbeeraat after victory on the battlefield, having routed the enemies of the Islamic Ummah.