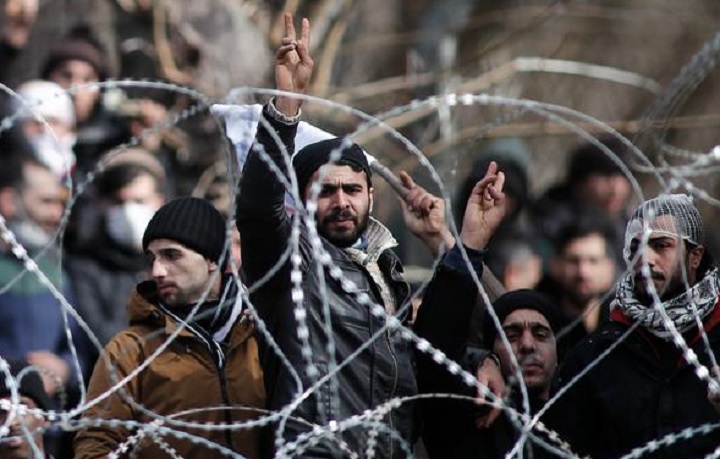 Following the withdrawal of the warmongering US and Western states from Afghanistan, a huge debate has been raised in the Western countries regarding Afghan refugees. Those who are currently in the West and those who have fled the country in recent months are in a situation where they are left to themselves under dire circumstances without a home and security.

Comment:
Six EU member states have made it clear to Brussels that they want to deport rejected Afghan asylum seekers. The six member states, which are Germany, Austria, Denmark, Belgium, the Netherlands, and Greece, in a joint statement, have warned the European Commission about not blocking the deportation of Afghan refugees, as it will otherwise become a “migration magnet” and therefore motivate more Afghans to seek refuge in EU countries. Switzerland also refuses to accept a “larger” number of refugees but will only process a few asylum applications, under the requirement that the person has a close and current connection to Switzerland.

Some 1,200 Afghans have already been deported from the EU this year, although the Afghan government called upon the EU earlier this year to stop repatriations. European leaders are trying to negotiate with Turkey to prevent Afghans and other refugees from coming to Europe. The EU also sought to renegotiate the “Joint Way Forward” agreement with the Afghan government, which was concluded in 2016 and expired in October 2020, whereby the EU has facilitated the repatriation of Afghan refugees. Thousands of refugees have been sent back to war, death, and torture during the period, despite various organizations warning of the deteriorating security situation.

As for Britain, there have been reports of employees from the British embassy in Kabul leaving behind information and details about the Afghan staff members for Taliban to find them. They were collaborators with the British, where some of them worked as translators. Even the supposed allies of the Western governments are left behind by treachery and indifference. Are we then supposed to believe that Western governments have any concern about the well-being of the Afghan population as they claimed when they invaded Afghanistan in 2001?

This is the European attitude, despite Taliban’s recent takeover. The Americans and the European countries that have taken part in the criminal invasion of Afghanistan have all these years claimed that they occupied the country to ensure the well-being of the Afghan population. The West, however, has no shame over the long-standing, false narratives, and is now acting upon occupation, murder, and invasion by deporting the refugees whose flight and horrific living conditions they themselves have caused.

Even in retreat and at the end of an invasion, Western governments show xenophobic and cynical treatment of refugees. This is to be expected from what we have seen during the so-called “refugee crisis”, and it is to be expected, given the anti-Islamic and racist discourse that permeates European politics.