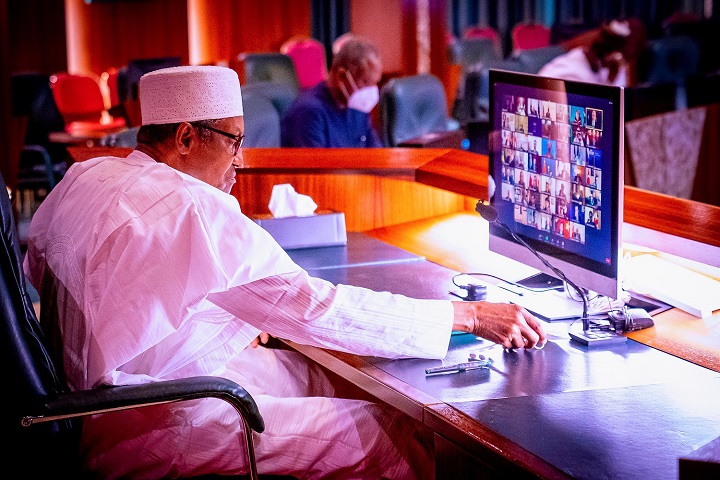 In a recent meeting between President Buhari and the US secretary of State Anthony Blinken, the former called on the latter to assist Nigeria and the African sub-region with security challenges by relocating AFRICOM from Stuttgart, Germany to the continent proper. In all likelihood that is a bad idea Mr. President and this is why. AFRICOM, short for Africa Command, is one of America’s 6 unified geographic combatant commands within the United States Department of Defense unified command structure. It is one of the latest command structure formed in 2007 since last year in 2020 the Space Command was formally established. The others are US Europe Command (EUCOM est. 1947) which covers Europe + Russia, US Pacific Command (PACOM est. 1947, renamed INDOPACOM in 2018), covering The Pacific Area, US Southern Command (SOUTHCOM est. 1963) for South America, US Central Command (CENTCOM est. 1983) for the Middle East. + Egypt, US Northern Command (NORTHCOM est. 2002) after the Sept 11 strikes.

Ostensibly AFRICOM ‘counters transnational threats and malign actors, strengthens security forces and responds to crises in order to advance U.S. national interests and promote regional security, stability and prosperity’ according to their mission statement on africom.mil. Boilerplate stuff. What is the real purpose of AFRICOM? After WWII, the decline of Britain as the world power allowed America to emerge and replace it as the super-spreader of global Capitalism. Then after the fall of Communism and the Soviet Union in 1989 American foreign policy changed from ideological confrontation to outright colonization of worldwide resources. To maintain this global grip, the US has over 800 military bases dotted around the world to project power and to secure and control energy resources. As CENTCOM was deployed to create dominance of Middle Eastern energy sources for the US via the Gulf Wars, AFRICOM was similarly designed to secure Africa’s energy reserves amongst other objectives. Multiple reports in the early 2000’s pointed to the importance of Africa’s energy resources. From The National Energy Policy Report issued by the Office of then Vice President Richard Cheney on May 16, 2001 to the 2005 Center for Strategic and International Studies’ Task Force on Gulf of Guinea Security report, the US has maintained a consistent approach to her Africa policy – secure and control African energy resources.

The additional purpose of AFRICOM is to counter China’s Africa policy. AFRICOM emerged as a direct consequence of increased Chinese presence on the continent. The Chinese organised Forum on China-Africa Cooperation (FOCAC) meeting in October 2006 set off alarm bells in Washington when the Chinese President at the time, Hu Jintao, hosted a Beijing summit which brought nearly fifty African heads of state and ministers to the Chinese capital. Since then China has been making political and economic inroads into Africa while the US tries to counteract it. Trade between Africa and China has more than trebled since 2006, passing US$166 billion in 2011. It currently stands at $187 billion for 2020 (after a high of $200bill in 2019). Like his predecessors before him – Hillary Clinton in 2012 and Pompeo – Blinken lectured Africans to be cautious of China’s Africa policy at the Tuesday 27 April virtual meeting.

Buhari should note that most Africans didn’t look too favorably on the idea of AFRICOM basing itself on the continent when the US started shopping around for a host-country. In 2007 the heads of state of the Southern African Development Community (SADC), whose members include Angola, Botswana, Mozambique, South Africa, Tanzania, and Zimbabwe, discussed AFRICOM and concluded dryly ‘that it is better if the United States were involved with Africa from a distance rather than be present on the continent’. The twenty-five-member Community of Sahel-Saharan States (Cen-Sad) asserted that it ‘flatly refuses the installation of any military command or any foreign armed presence of whatever country on any part of Africa, whatever the reasons and justifications’. Nigeria dismissed and rejected the idea under Yar’adua in 2007 and reiterated it in November 2009. However, most of the hostility directed at AFRICOM is due to the influence of old colonial masters of these nations like Britain and France, where imperial interests have taken deep roots. This influence was evident and clearly demonstrated by the British minister for Africa, James Duddridge speaking on the same day as Blinken’s meeting. Speaking to the Nigeria minister of foreign affairs, Geoffrey Onyeama, in Abuja, he said “The situation is massively complex and no partnership is going to resolve the multiplicity of problems.”. He added “In the UK you have a strong partner across the full gamut of issues, so it is not just about intelligence and hard security and military; it is about societies, it is about humanitarian support, it is about education and development partnership.” Translation: you don’t want a military alliance with the Yankees!

The bottom line is each of these nations is only driven by their selfish interests. In as much as the US preaches regional security, stability and prosperity or the UK pontificates on humanitarian support and societal development or that China bestows massive concessional loans it does not mask the fact that America will only deploy that military power when it suits it’s colonial motives, or that the UK only practises soft-power diplomacy in the face of superior US competition or that China’s largesse results in neocolonial ‘debt diplomacy’.

Entering into military alliances with the likes of America only portends an ill conclusion. They will not come as allies but as masters, dictating unfavourable terms and conditions. The US will use AFRICOM to achieve her interests at great costs to our own. They will use our military forces, first in the name of fighting terrorism, then to extend America’s reach into the African sub-region, into areas they previously could not spread their influence before. The manipulation of Turkey in NATO to act as a southern European buffer zone to Soviet – and now Russian – expansion and the exploitation of Pakistan’s powerful military to embed the US occupation of Afghanistan and extend America’s reach into the Indian sub-continent are small examples of what Nigeria can expect from such an alliance. Alliances are exploited to further strengthen the marginally stronger state, at the cost of the weaker state. So, what of a much stronger state, as in this case of a US alliance with Nigeria? The Messenger of Allah forbade such alliances. Ahmad and An-Nisa’I narrated from Anas who said: The Messenger of Allah (saw) said: «لَا تَسْتَضِيئُوا بِنَارِ الْمُشْرِكِينَ»“Do not seek light with the fire of polytheists.” i.e. do not make the polytheists’ fire a light for you. It came in the hadith of Adh-Dhahhak (ra),

“that the Messenger of Allah (saw) went out on the day of Uhud, when all of a sudden there was a good squadron or a harsh squadron so he (saw) said: ‘Who are these?’ They said: ‘The Jews of so and so.’ So he (saw) said: ‘We do not seek assistance of disbelievers.'”

Furthermore, is America not the greatest threat to Muslims everywhere, the instigator and perpetrator of war and instability in the Muslim world? To solve the multiple security challenges that beset Nigeria, it must develop a vision that goes beyond depending on unreliable relationships with the enemies of Islam the Muslim Ummah.

“If Allah helps you, none can overcome you; and if He forsakes you, who is there after Him that can help you? And in Allah (Alone) let believers put their trust” [Surah Aali-Imran, 3:160]

There is no doubt that the way for strength is the Khilafah (Caliphate) project and not alliances with the enemies of Islam and Muslims. It is time we became our own masters. It is time for Khilafah, not alliances.