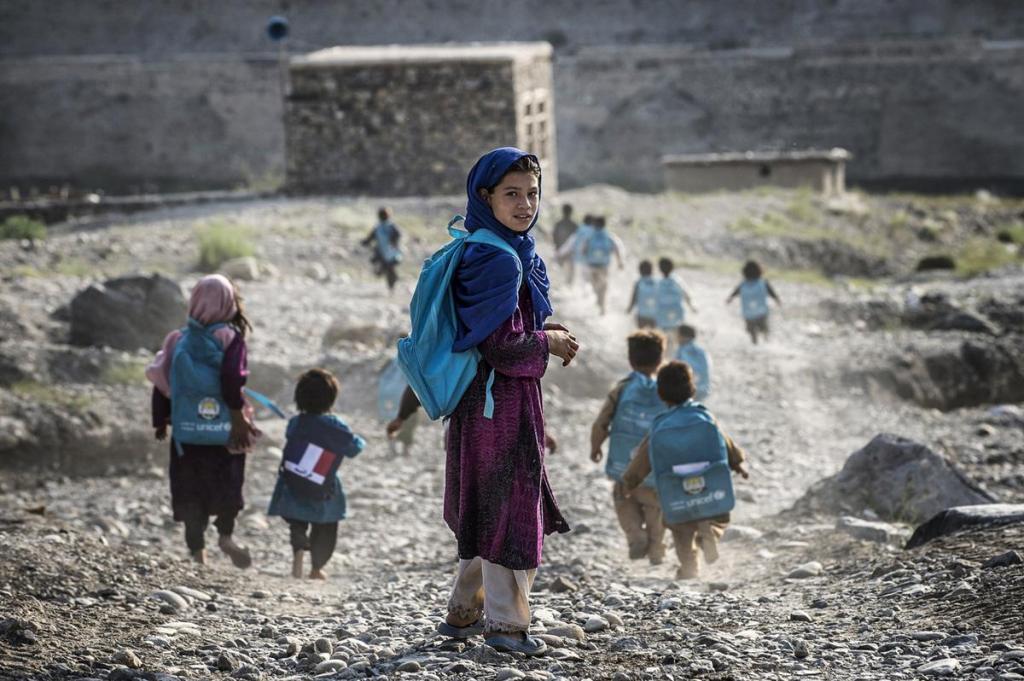 On 2 November 2019, the BBC reported that nine children were killed whilst they walked to school in Afghanistan. The 8 boys and 1 girl were aged between seven and ten years old and suffered a horrific death as they were blown up by a land mine that was deliberately planted.

It was stared in the report that “no one has claimed responsibility”. However, this need to blame a significant party has no relevance in the on-going political catastrophe of Afghanistan. High childhood mortality rates, infant death, poverty starvation and poor education have been the plight of Afghanistan’s youth since before the 9/11 debacle. Now that the ‘liberators’ have arrived in the form of the USA bombs and foreign competitors for oil resources, nothing has improved with regards to child welfare. In fact, one could argue that things have become much more violent and unstable with an active ongoing war for financial power being played out on Muslim land.

The innocent casualties of this lust for greed and nationalism always are the women and children in any conflict zone. Last month the UN confirmed over 3000 civilian deaths in 3 months. This is a clear understatement as villagers trapped without communications and transport cannot verify their own losses. In Southern Ghazni landmines killed seven children and injured 2 more. In February, seven children were killed and ten more were wounded when a mortar shell exploded whilst the children were playing with it. The children who witness these daily deaths are also forever scarred living in constant terror of even playing normally. The effects on psychological and physical damage on the lives of children are far-reaching, irreversible and unrecorded.

The right to a safe, happy and joyful childhood can never be trusted to the Muslim rulers allowing our lands to be invaded and carved up for riches. Nor can they be ensured by the bloodthirsty hounds of Capitalism that feed off the flesh of our beloved youth sacrificing them for their personal gain. It is only under the righteous and noble Khilafah (Caliphate) that only serves the law of Allah (swt) that children will be placed first above profit and political games. The Khilafah ensures that every child has free access to education with postgraduate studies encouraged to maximize the intellectual body of the Muslims. In this way the future domination of truth and justice is carried by the most morally sound and caring human beings. The security of the society will be guarded to ensure safe passage of citizens and monitoring of enemy infiltration so the Ummah are able to be productive. Mothers do not fear sending their girls to school to be attacked or kidnapped. Boys are not forced to miss school to work due to poverty. These were the glorious circumstances of the Khilafah in the past that made it a world leader in children’s education. Allah (swt) indeed values the child as He forbade the killing of the unborn as mentioned in Surah Al-Isra, وَلاَ تَقْتُلُواْ أَوْلادَكُمْ خَشْيَةَ إِمْلاقٍ نَّحْنُ نَرْزُقُهُمْ وَإِيَّاكُم إنَّ قَتْلَهُمْ كَانَ خِطْءًا كَبِيرًا “Slay not your children, fearing a fall to poverty, We shall provide for them and for you. Lo! the slaying of them is great sin.” [17:31].

We encourage all of the global Muslim Ummah to support the return of the Khilafah to deliver true liberation and aid to our needy and suffering youth as they currently endure a fake liberation that will never come!