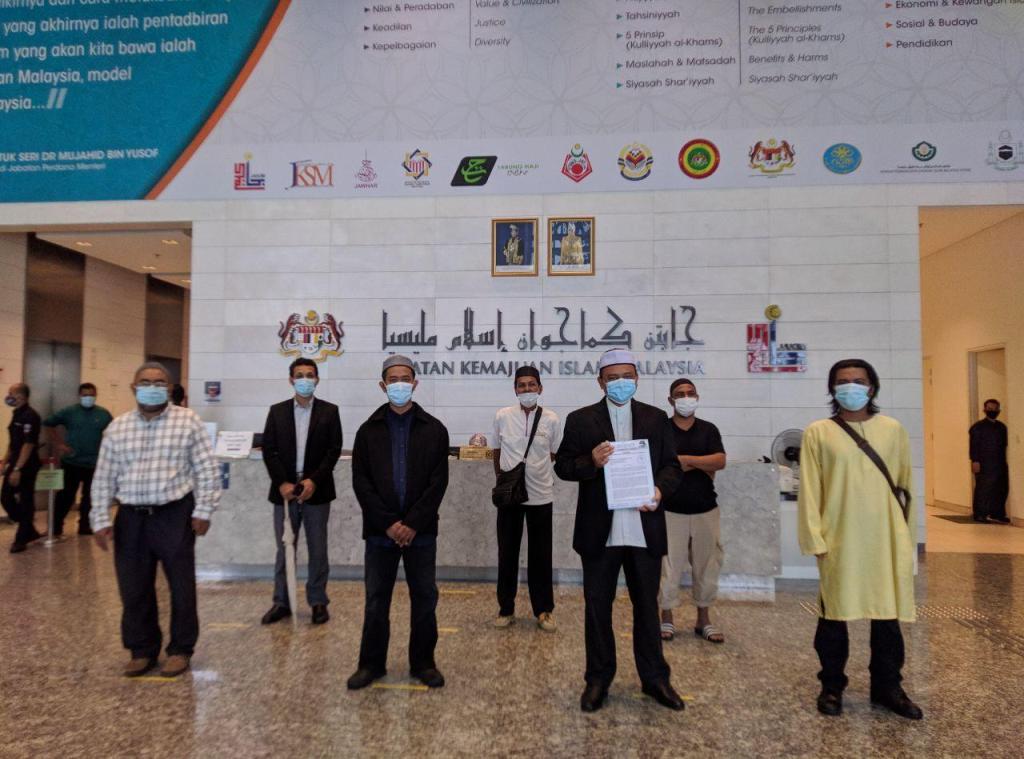 The party’s delegation led by its Spokesman, Ustadh Abdul Hakim Othman was welcome by an officer from the Corporate Communication Unit, as representative of the Minister. However, the request by Abdul Hakim to meet the Minister himself failed when the Minister was said to be at home undergoing 14-day quarantine due to precaution of Covid-19.

The content of the Memorandum was an accounting (Muhasabah) to the Minister in particular, and to the government in general that they have committed great sins for closing the mosques, and the party urged them to immediately reopen all mosques after 3 months of being shut down for the Muslims to perform Friday and congregational prayers.

Among the important message delivered in the Memorandum is the party’s willingness to have an intellectual discussion or debate with the government on this issue, in order to convey the truth (Haqq) directly to the government.

Even though the party was thankful to the representative of the Minister who received the Memorandum amicably on behalf of the Minister who was said to be at home, later on, the Minister twittered that he was actually in the office on that particular day, when his home-quarantine had already ended a day before. The party has then put a question in the website and facebook, in order to get an explanation from the Minister, but there is no answer as expected.