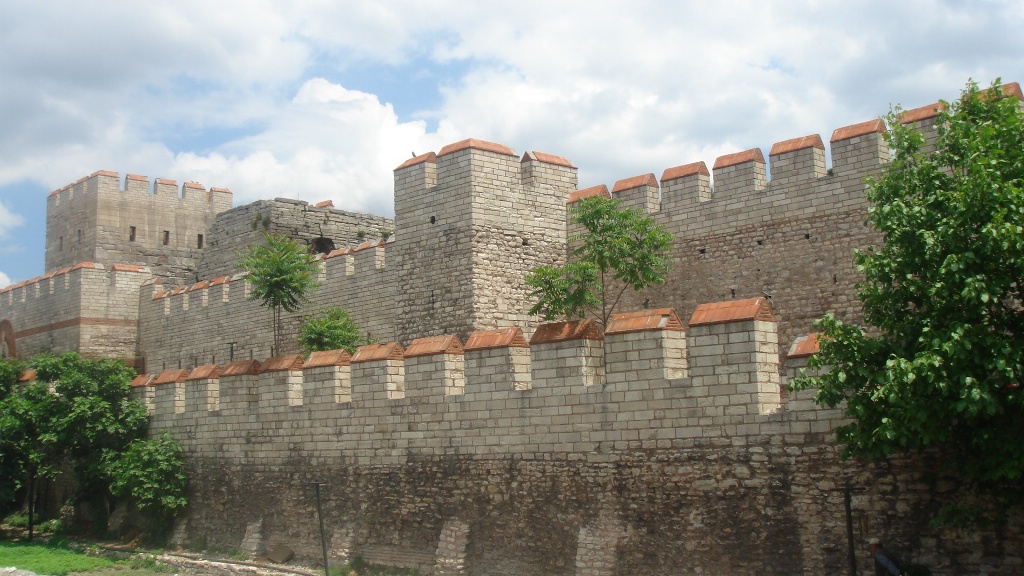 Under the guidance of the Ameer of Hizb ut Tahrir, Eminent Scholar, Ata Bin Khalil Abu Al-Rashtah, Hizb ut Tahrir has launched a widespread global campaign marking the occasion of the Hijri Anniversary of the Conquest of Constantinople (city of Heraclius). As part of the campaign Hizb ut Tahrir / Wilayah Bangladesh has organized gatherings and speeches at various important mosques in Dhaka today after Jummah prayer, whose title was– “According to the Glad Tidings of RasulAllah ﷺ: The Imminent Khilafah (Caliphate) will liberate Al-Quds and conquer Rome like the conquest of Constantinople in 857 AH (1453 CE)”.

Speakers by reminding the great days of the conquest of Constantinople, said: Al-Fatih, a man of vision and deep insight, began conquering and besieging Constantinople from the twenty-sixth of Rabii’ al-Awwal until it was opened at dawn on the twentieth of this month, Jumada al-Awwal 857 AH (corresponding to 5 April until 29 May 1453 CE). Thus the glad tiding of the noble Hadith of the Messenger ﷺ was achieved:

«لَتُفْتَحَنَّ الْقُسْطَنْطِينِيَّةُ فَلَنِعْمَ الْأَمِيرُ أَمِيرُهَا وَلَنِعْمَ الْجَيْشُ ذَلِكَ الْجَيْشُ» “You will open Constantinople, its Amir is the best Amir, and the best army is that army.” Al-Fatih, who was named so after the conquest, decided to take Constantinople as the capital of his state after it was Edirne previously, and he named it Constantinople [Kostantiniyye] after its conquest “Islambol”, meaning the city of Islam [Dar al-Islam], and became famously known as “Istanbul”. Al-Fateh then entered the city and went to the Hagia Sophia where he prayed in it and it became a mosque with the grace, blessing and praise of Allah… And it remained so, a purified glorious mosque, prospered under the believers, until the criminal of the era, Mustafa Kamal had managed to ban the prayer there and desecrated it when it became a museum for those coming and going!

Speakers said: Honorable Muslims, Hizb ut Tahrir wants to remind you about the conquest of Constantinople for three reasons:

The first is to recall the commemoration so that everyone who has sight will see the greatness of Islam and Muslims when their Islam is applied in practice. Kufr will be non-existent, rather the truth prevails and will be raised like the Athan (call to prayer) with Allahu Akbar (Allah is Great). The Persians and Byzantines succumbed before them, and they will be joined soon, Allah willing, by the sister of the Byzantine, Rome, believing in the other part of the glad tiding of the Messenger of Allah ﷺ, the conquest of Rome.

As for the second, let your hearts be reassured by the fulfillment of the three other glad tidings of the Messenger of Allah ﷺ, as the first one has been achieved. The Prophet ﷺ gave the glad tidings of conquering Constantinople, conquering Rome, the return of the Khilafah upon the method of the Prophethood, and fighting the Jewish entity and powerfully defeating them… The Prophet ﷺ speaks only from Wahi (Divine Revelation), the three remaining glad tidings of the Messenger will be fulfilled with His permission, glory be to Him Subhannahu; however, they will not be achieved by the descent of angels from heaven, who will bestow them upon us. Rather, the Sunnah (way) of Allah is that we support Allah and He sends His victory to us, so that we establish His law and elevate the edifice of His State and prepare what we can of strength and then strive in His cause. Then the earth will shine with the remaining three, and the earth will shine with the Khilafah once again.

As for the third, the Kaffir West, together with the traitors of the Arabs and the Turks, were able to destroy the Khilafah on 1342 AH – 1924 CE and considered this demolition parallel to the conquest of Constantinople, and this gave back the Kaffir West a force that they had lost. The concern of the West became to exert the effort to prevent the return of the Khilafah again, so that it would not lose the force that they restored, especially since they became the colonizer of the Muslim countries. They observe the movements in the Muslim countries, so when the establishment of the Hizb ut Tahrir was announced in 1372 AH – 1953 CE and it became clear to the West that the party’s pillar of work and its vital issue is to restore the Khilafah again, and that it was serious in its work, the West commanded its agents, the rulers, to ban the party and pursue it with arrests and torture until martyrdom in some regions, and with long sentences, some reaching life sentences in other regions… Then they added methods of lying, forgery, and altering facts without shame…

Thus, despite the means of decorating the fabrications they brought, despite embellishing attempts to falsify the facts that they have exhausted themselves in, they did not find a listening ear from the party’s members or from any sane Muslim. Rather, they wereكَسَرَابٍ بِقِيعَةٍ يَحْسَبُهُ الظَّمْآنُ مَاءً حَتَّى إِذَا جَاءَهُ لَمْ يَجِدْهُ شَيْئاً  “Their deeds are like a mirage in a lowland which a thirsty one thinks is water until, when he comes to it, he finds it is nothing.” [An-Nur: 39]

And with all the plots, abomination, and maliciousness against the party, and its leadership, thinking that they will influence the party, but they failed, with Allah’s permission, and were disappointed, and they did not obtain good, no matter how long their lies, their plots and their deceit reached,وَلَا يَحِيقُ الْمَكْرُ السَّيِّئُ إِلَّا بِأَهْلِهِ  “… but the evil plot does not encompass except its own people.” [Fatir: 43]

Finally the speakers said: We pray to Allah (swt) to provide the fulfillment of the glad tidings of the Messenger of Allah ﷺ so that the Khilafah of this Ummah will return, and afterwards to liberate its Al-Quds, and Rome will be conquered as its sister Constantinople preceded it… a validation of the hadiths of the Messenger of Allah ﷺ… We also ask Him, Glory be to Him, to provide us with help from Him so that we may improve and master the work, so that we are deserving of the victory of Allah, Al-Aziz Al-Rahim.