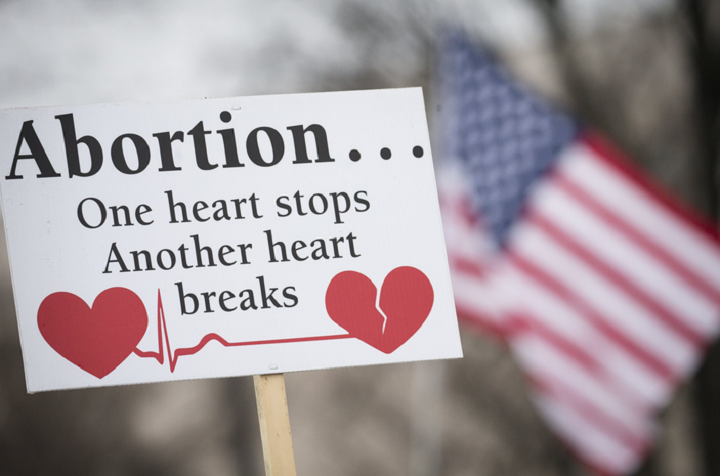 Abortion rights in the USA are being debated once again centering around Texas which has put forward a law which will stop women from getting an abortion after 6 weeks. Apart from the time limit, another controversial aspect of this law is the allowance of private citizens, as opposed to state officials, to bring cases against those who perform abortions. These people have argued, and this essentially “creates a form of vigilante justice in which anyone can bring a case against abortion providers suspected of violating the ban.” (Source: Washington Post).

The US Supreme Court didn’t block the law. This has led to a discussion over abortion rights across America, and whether the Texas law means that there “is a functioning majority on the court ready to scrap Roe V Wade.” (Source: BBC)

Roe V Wade is a US Supreme Court decision from 1973, which struck down a Texas law criminalizing abortion and recognized women’s right to terminate a pregnancy. (Source: Dallas News). The Court ruled that the US Constitution protects a woman’s liberty to choose to have an abortion and, as a result, allowed women to “have an unfettered constitutional right to the procedure during their first trimester (12 weeks) of pregnancy.” (Source: BBC). The court has occasionally chipped away at the right, upholding spousal and parent notification laws and allowing greater regulation of abortion providers, but by and large that precedent has held up. (Source: BBC).

In response to the Supreme Court’s refusal to block the Texas law, the House Democrats put forward a bill that enshrines the right to abortion and codifies Roe V. Wade protections. This bill “would give patients the right to an abortion without medically unnecessary tests or procedures — generally understood to include ultrasounds, counseling or mandatory waiting periods.” The bill would also “bar states from imposing in-person clinic visits prior to obtaining an abortion, often referred to as “two-trip” requirements. The bill would also bar states from prohibiting any abortion prior to fetal viability and bar the prohibition of an abortion after fetal viability if, in the health-care provider’s good-faith judgment, continuing the pregnancy would pose a risk to the pregnant patient’s life or health.” (Source: CNBC)

The final tally in the chamber was 218 to 211: Literally no Republican voted for it, and it passed with the support of all but one House Democrat. (Source: MSNBC). But while it passed through the house that doesn’t mean that it will become law. As it’s expected that the Bill would “face steep opposition from Senate Republicans and is not expected to advance through the chamber.” (Source: CNBC)

If this law did go into effect, it would make the US “one of the few countries in the world — alongside China and North Korea — to allow elective abortions until birth,” and as a result, it would remove all pro-life protections for the unborn. (Source: Dallas News)

The number of abortions in the USA is incredibly high. According to the United Nations’ 2013 report, there were only 9 countries that have a higher reported abortion rate than the United States: Bulgaria, Cuba, Estonia, Georgia, Kazakhstan, Romania, Russia, Sweden, and Ukraine.

Each year, almost half of all pregnancies among American women are unintended. About half of these unplanned pregnancies, 1.3 million each year, are ended by abortion. (National Abortion Federation)

– Most women getting abortions (83%) are unmarried; 67% have never married

– Women living with a partner to whom they are not married account for 25% of abortions (Abort).

The current line of argument is that the Texas law takes away the woman’s constitutional right to abortion, which is especially detrimental to women in cases such as rape. But statistical evidence shows that the number of pregnancies resulting from rape are minimal. As are the number of abortions that result from medical problems. In total, the women who suffer from pregnancy through attacks and medical issues are only 7.5%. The rest of the abortions are a result of the Western ideas of individualism and freedom, or the Western failure to provide financial security and emotional and familial support for people.

The argument put forth by pro-abortionists is that the right to abortion is a basic human right.
“This is about freedom. About freedom of women to have choice about the size and timing of their families, not the business of people on the [Supreme] Court or members of Congress,” the House speaker said. (CNBC)

Their argument is that “human rights law clearly spells out that decisions about your body are yours alone – this is what is known as bodily autonomy. Forcing someone to carry on an unwanted pregnancy, or forcing them to seek out an unsafe abortion, is a violation of their human rights, including the rights to privacy and bodily autonomy.” (Amnesty international)

The other side of the argument is that protecting this right for the mothers takes away the rights from the unborn child. The unborn child is unable to protect itself, and therefore requires the state to intervene and pass laws to ensure these human rights are also applied to the fetus.

But if the goal is to protect the child, then the law alone won’t guarantee that as evidence shows that banning abortion does not reduce it. In the U.S. before Roe v. Wade, an estimated 1.2 million U.S. women got illegal abortions every year. (NBC news) “Historical and contemporary data show that where abortion is illegal or highly restricted, women resort to unsafe means to end an unwanted pregnancy… Today, approximately 21 million women around the world obtain unsafe, illegal abortions each year.”

Between 2006 and 2015, the American abortion rate declined 26%. The biggest reason for the drop isn’t tougher abortion laws — it’s better access to contraception. (Vox)

But while the abortion rate declined, the procedure remains commonplace. This is because secular society encourages relationships amongst unmarried individuals and pregnancy is often an unintended consequence. While contraception can lead to prevention, the lifestyle that is encouraged often leads to contraception not being used or failing, and abortion has become the accepted alternative; regardless of the impact on individuals or society as a whole.

So, why is the government making this an issue?

Interestingly, CNBC reported that the Women’s Health Protection Act “may provide Democrats with fuel in the 2022 midterms and a strong talking point for voters who view the Supreme Court’s recent decision as eroding rights many believed to be settled law.”

So, is this about individual rights and freedom, or is it about ensuring that the parties get the votes that they need in the midterms?

This point is further evidenced by the fact that the divide over the right to abortion is highly partisan, with about half — 53 percent — of people who said they were Republican would like to see Roe v. Wade overturned, while 81 percent of Democrats and 73 percent of independents want it to stand. (NBCnews)

The situation is the fault of man-made law

The balance between the rights of the individual and State interference is one which constantly divides secular societies, and is a clear indication to us that giving sovereignty to man-made laws is not a solution to human problems.

Man- made law is flawed; science advances, ideas change, people’s view adapt depending on benefit and circumstance. So, the discussions around the ideas of abortion are all flawed- unless we refer to Islam and what our Creator has legislated.

In an Islamic State, there would be no debate and no conflict between the rights of the fetus and the mother. Rights are given by Islam, and cannot be removed due to changes in cultural practices or people’s benefit.

Islamic law legislates the rights of the fetus; once the soul of a baby is breathed into him at 40 days, abortion is illegal, unless there is a life threatening emergency to the mother (which is verified by a practicing Muslim doctor). After this period of time, the fetus is given rights under Islamic law and has blood money ascribed to its life within the judicial laws of Islam.

All of the other arguments, made in the current secular system, are a result of flaws in their belief and society. Rather than focusing on this as an individual issue, it should be understood that the individual’s actions impact society, and the issue of abortion should be analysed as a societal issue. The Islamic system legislates the relationship between man and women and conception occurs within the institution of marriage, ensuring the child has a stable unit to protect and nurture him/her.

“The example of the person abiding by Allah’s orders and limits (or the one who abides by the limits and regulations prescribed by Allah) in comparison to the one who do wrong and violate Allah’s limits and orders is like the example of people drawing lots for seats in a boat. Some of them got seats in the upper part while the others in the lower part ; those in the, lower part have to pass by those in the upper one to get water, and that troubled the latter. One of them (i.e. the people in the lower part) took an ax and started making a hole in the bottom of the boat. The people of the upper part came and asked him, (saying), ‘What is wrong with you?’ He replied, “You have been troubled much by my (coming up to you), and I have to get water.’ Now if they prevent him from doing that they will save him and themselves, but if they leave him (to do what he wants), they will destroy him and themselves.” (Sahih Bukhari)