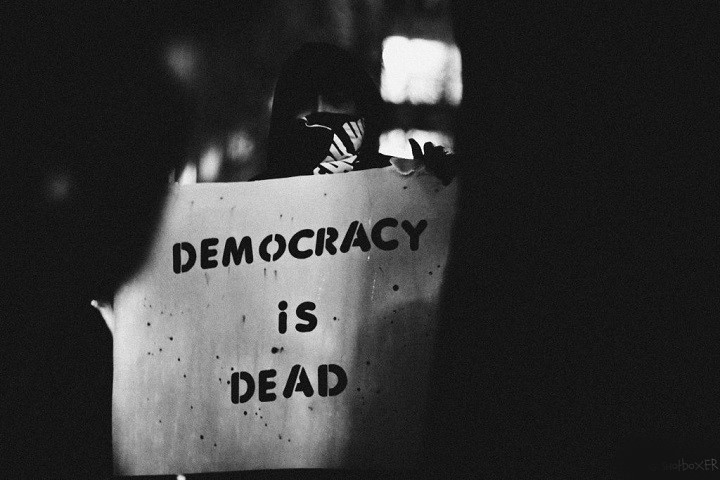 The root of our problems is not who rules us, but by what they rule us with. As long as Pakistan is ruled by man-made law under Democracy, rather than the Shariah law revealed by Allah (swt) under the Khilafah, we will never see real change. We will not see real change whether Imran Khan, Nawaz Sharif or Zardari succeed in elections. Moreover, whether General Bajwa or General Faiz Hameed or another general succeeds in becoming the army chief beyond November 2022, there will not be real change.

In Democracy, the rulers and assemblies make laws according to their whims and desires causing misery for us, whilst in Islam the law of the land is derived from divine text revealed by Allah (swt). Allah (swt) warned,

Democracy allows the powerful to make laws to suit their interests, whilst in Islam laws must be derived from the Noble Quran and the Prophetic Sunnah.

Abolishing Democracy and establishing the Khilafah alone can bring real change to our economy. Democracy ensures that interest rates are raised for those who trade in Pakistan’s national debt. Democracy increases taxation to keep up with interest payments to secure profits for those who trade in debt. Democracy privatizes energy and mineral resources, depriving the public for the sake of securing profits for foreign and local companies.

Abolishing Democracy and establishing the Khilafah alone can ensure our security. Democracy allowed the rulers to forbid Jihad against those who occupy Muslim Lands, declaring Jihad as treachery and terrorism. Democracy prevents the mobilization of our armed forces, encouraging our enemies to attack us. Democracy forbids the abolition of national borders that divide the Muslim Lands, dividing and weakening us before our enemies.

So, O Muslims of Pakistan, do not waste your energies in pursuing democracy any more. Work with Hizb ut Tahrir to re-establish the Khilafah (Caliphate) on the Method of the Prophethood, fulfilling the obligation for ruling by all that Allah (swt) has revealed.