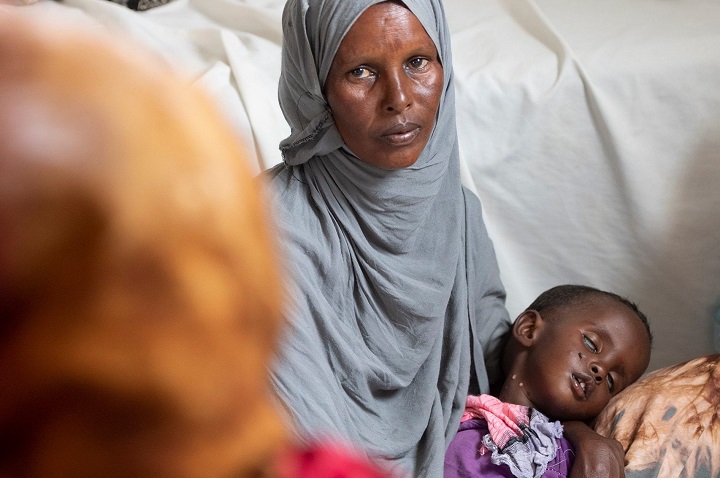 African Union President, Senegalese President Macky Sall said in statements to Radio France International that Africa will face a very serious famine, if wheat exports from Ukraine to the continent are not resumed. Sall said, during his statements that the famine “may destabilize the continent.” Referring to his meeting last week with Russian President Putin in Moscow, he said he asked Putin to help Africa get fertilizers and grain. These statements were preceded by several statements by Western politicians linking the war in Ukraine to the food crisis on the continent, most notably the statements of the Director-General of the International Monetary Fund that “to put it very simply, a war in Europe, Ukraine, translates into hunger in Africa,” and the statements of the French president, “We expect a famine in Africa because of Russia’s war against Ukraine.” These statements, in their entirety, were nothing but a tool in mutual propaganda between Russia and the West. Russia met the alarming statements of the West with a direct accusation that Western sanctions aggravated the food crisis and closed the outlets for grain and fertilizers.

While politicians accuse each other of exploiting human suffering as a weapon of war, the image of emaciated African bodies and grieving mothers has returned to the forefront of the news, as have scenes of malnourished children on the African coast or in East Africa, as if the picture had not changed and time had stopped in the same sad scene decades ago. The faces are similar, and the world stands idle in front of an expected famine and relief camps that some reach after long journeys on foot, during which they bury their dead children and the elderly. This is done within the framework of media coverage that is politicized in form and content and has nothing to do with humanity. Despite the seriousness of the situation and the many resonant statements, there is a large deficit in funding of the United Nations emergency program for the affected countries. A joint statement by UN agencies (WFP, FAO, and UNICEF) stated that “only 18 percent of the UN plan to deal with the humanitarian situation in Somalia for 2022 has been funded.”

Away from the political outbursts, Oxfam and Save the Children have described the situation in East Africa as catastrophic, noting that one person dies of starvation every 48 seconds, and that hunger highlights the world’s repeated failure to avert preventable disasters.

We stand again in front of a painful reality where the people of the fertile African continent, rich in its natural resources and climatic diversity, are unable to secure their daily livelihood, and their vital issues are used in cheap bargains, and they are paying the price of a capitalist war which they have no hand in.

The issue of food security in Africa and elsewhere is inseparable from achieving security and safety for people, and cannot be left in the hands of other countries, threatening it at times and bargaining with it at other times. Nor should it be left in the hands of international bodies that are considered an integral part of the problem, as they have followed policies that destroyed the countries’ economies and instilled subordination and dependence on others. These are policies that urged people to consume and import instead of production and reviving of the land and directed agriculture in a haphazard manner in search of a rapid return, thus exhausting the soil without any success. The source of the disease is not in the high prices and Russian or Ukrainian wheat, but it is those policies that neglected the land and local crops, linked the people’s sustenance to the overseas regions, produced specific crops and imposed on the people the import of wheat, while neglecting the local agriculture.

For decades, Africa has been suffering from poverty in thought, intellect and political will. Its land has been barbarically abused, and its people are brutally starving. Africa has no way out except by expelling the West and its bodies that impoverished the land and established the triad of poverty, ignorance and disease. And it has no way out except if its people cultivate their fertile land and eat what it grows and dispense with the imported flowery solutions that impoverished the country and the people. But it is impossible for this to happen, except by addressing the crisis of governance and realizing the reality of succession on earth.

“Is He [not best] who responds to the desperate one when he calls upon Him and removes evil and makes you inheritors of the earth? Is there a deity with Allah? Little do you remember” [An-Naml: 62]