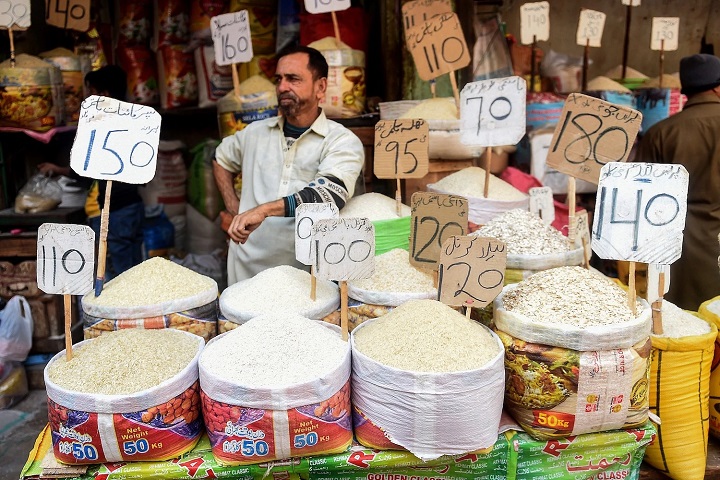 The worst kept secret about the present economic crisis is that it has resulted from our rulers having saddled the people with a huge debt while harvesting its proceeds to acquire properties, businesses, and citizenships abroad. (brecorder)

Comment:
People of Pakistan, since its creation, have been a victim of constant and rapid deterioration in every aspect of life. Sacrifices made by their forefathers for living in an independent state functioning according to the rules of Allah (swt) seem to have gone wasted. At the time of creation, Pakistan was severely handicapped in economic terms and inherited few resources and mainly depended on agriculture. Uncertainty hovered over the nation as it had no constitution, just like a baby being born without any of the vital organs. The country saw rapid change in heads of state. British India Act was polished and with the rank given, it was placed on a pedestal as god. The whole process of partition had put people in a survivor mode, as a man once left alone to fight and survive the problem he shares with many others.

This took away the surety, trust and courage from people. Further damage was caused by directionless leadership, which separated people and harbored negativity and hopelessness. With an agrarian economy feudalism flourished, reason being unjust land hoarding. The country is naturally divided in two major classes: Ruling Class and the Ruled Over. The decade of 1950s is characterized by industrial growth and with that only change that occurred was addition of industrialists in the ruling class. Resources and power all went in wrong hands and internal struggle of loss and gain caused quick changes in the ruling faces. This pattern from here only got worse and the people of a country full of resources, brilliance and faith became prisoners of IMF. The debt taken by Pakistan from the IMF increased in rupee terms by Rs70 billion to Rs811 billion. According to the experts, Pakistan needs $28 billion to meet its financing needs, and that too is a temporary solution, which not only makes us subject to humiliating conditions but we are likely to fall in more debt and not taking that loan will lead to bankruptcy, and taking that loan will have debilitating consequences. Humiliating policies, advised by IMF and adopted by our government, put extra burden on people. Through taxation, basic needs like food and education, health and clothing became luxuries, which were only available to privileged few.

Pakistan is a country that is situated at one of the best geographic and geo strategic locations on the map of world; it has the second largest salt mines and it is considered the second largest coal reserves in addition to gold and copper reserves and a large number of young population. Pakistan has developed a vicious debt culture, something that is similar to borrowing fuel to run your car, which is a guzzler—a few kilometers and the tank goes empty. Back to the petrol station, which in Pakistan’s case is the IMF.

Today, Pakistan has Asia’s second-fastest inflation that the country’s central bank is struggling to tame. On the other hand, the Islamic State will maintain sufficient revenues in the State Treasury so it can manage the affairs of its people. The Khilafah state will not pay any more to these loaning institutions, knowing that the original loan has been paid off again and again. Public ownership of oil, gas and electricity will generate good revenue. Crippling and choking taxation on agriculture and industry will end, and this will result in revenue generation through production and profit. The dilemma of nationalisaton and privatization will be dealt according to Shariah laws. Article 138 of Draft Constitution states that “factories by their nature are private properties”; however, they follow the rule of the product that they are producing. Regarding agriculture of the Subcontinent, we must remember that it was a powerhouse under Islam, producing 25% of the world’s GDP.

“Have you not considered those who exchanged the favour of Allah for disbelief and settled their people (in) the home of ruin?” [Ibrahim 14: 28].

It is not just a worldly loss that we Muslims should fear to face but the gain of Allah’s pleasure is at risk too. Dignity of the individual and the Ummah lies in rules and laws of the Mighty Power Who made them dignified in the first place. Under the leadership of a rightly guided Caliph, the Muslim Ummah will prosper inshaAllah and will become a role model for the rest of the world.

Brothers and sisters! Let us fulfill our obligation towards our Deen and our Lord.

Being situated at one of the best geographic and geostrategic locations on the map of the world, Pakistan is affluent in the natural resources.