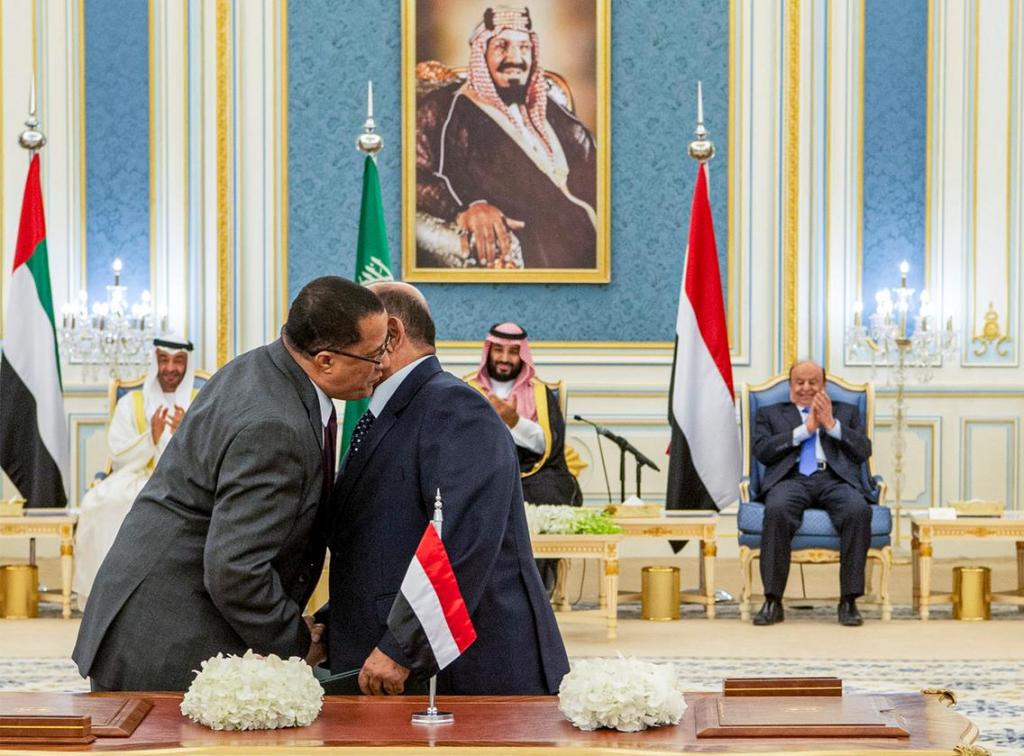 On Sunday morning, 04/25/2020, a statement issued by the Southern Transitional Council declared a state of emergency in the temporary capital of Aden and all the southern governorates, and a self-administration for southern Yemen. The reactions have been negative since the first day of the announcement of the statement on this measure by the Southern Transitional Council, the most prominent of which was the statement of the American Ambassador to Yemen Christopher Henzel, who said, “Such unilateral steps do not lead to the stability of Yemen.” He described the transitional measures as “only exacerbate instability” and “especially unhelpful at a time when the country is threatened by COVID-19, and also threaten to complicate the efforts of UN envoy Martin Griffiths to revive political negotiations…” And Henzel called the Transitional Council to “return to the political process according to the Riyadh Agreement”.

This is how the pro-British Emirates directs a stab at pro-American Saudi Arabia. Britain realizes that its political control in southern Yemen is eroding with the emergence of the American-backed southern movement, the withdrawal of its agent forces from the UAE from it, and the handing over of the flag to Saudi forces – an American agent – and thus Britain is trying to maintain its political control through the Southern Transitional Council (STC) after America has enabled the Houthis to control Sana’a, and their determined efforts to eliminate British political control of it.

The seed of a re-partition of Yemen is nurtured between the Houthis’ desire for American agents to unilaterally rule northern Yemen, and the Southern Transitional Council that tickles the emotions of the people of southern Yemen with secession, so Britain keeps its control over southern Yemen. The conflict over Yemen has remained feverish between the two poles of the old colonial Britain and the new colonial America, and Hizb ut Tahrir has repeatedly warned the people of Yemen of the plans behind this conflict.

The people of Yemen have lost their way due to the miserable livelihood, which has overcome them because of the ruling of the current ruling regimes that have replaced colonialism, and instead of bringing back the rule of Islam that is stigmatized today with terrorism, it chose to rule without following what Allah has revealed under the banner of progress, and the people of Yemen only have suffered the worst from it. Allah (swt) said: وَمَنْ أَعْرَضَ عَن ذِكْرِي فَإِنَّ لَهُ مَعِيشَةً ضَنكاً وَنَحْشُرُهُ يَوْمَ الْقِيَامَةِ أَعْمَى “But whosoever turns away from My Reminder (i.e. neither believes in this Quran nor acts on its orders, etc.) verily, for him is a life of hardship, and We shall raise him up blind on the Day of Resurrection.” [Taha: 124]

In the meantime, is Yemen going to get lost in the light of the ongoing conflict over it, or is there still in its people a seed of goodness instilled in them since they supported Islam in its early days and established the Islamic state in Medina, so they would also bounce to its victory today as they did yesterday and give the leadership to Hizb ut Tahrir who does not lie to its people, where their leadership and their reins is to establish a Khilafah Rashidah state (rightly guided Caliphate) upon the method of the Prophethood to rule with Islam and unite the Muslim countries?