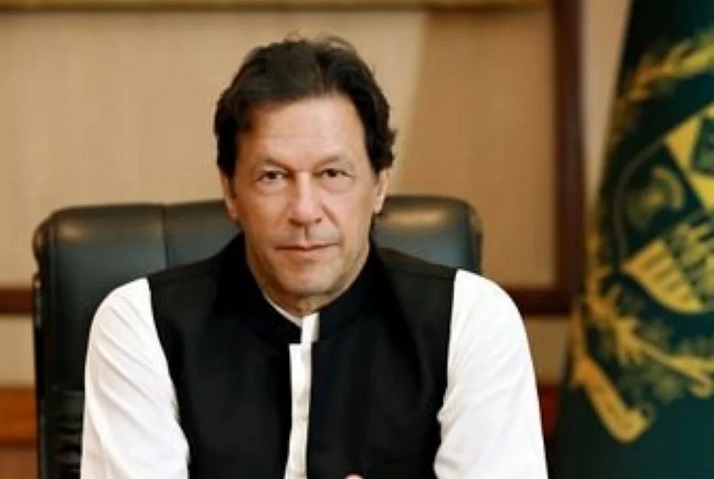 Prime Minister of Pakistan Imran Khan tweeted: “I want to express our solidarity with the people of India as they battle a dangerous wave of COVID-19. Our prayers for a speedy recovery go to all those suffering from the pandemic in our neighborhood and the world. We must fight this global challenge confronting humanity together”. (Source: seelatest)

Comment:
As in a worrying development, India’s daily coronavirus case surge crossed the 300,000-mark on Thursday, April 22. The country has reported a single-day spike of 314,835 new Covid-19 cases on Thursday morning, the highest surge for any country in the world since the pandemic began. Indian people have also been a victim of the selfish interest of their ruler, Narendra Modi, who has been attending huge campaign rallies, ruling out the possibility of Covid-19 spread. India leads the world in vaccine production. If vaccines made in India were administered to the people in a proper and timely manner, such massive loss of lives could have been averted. However, without any care for the people of India, Mr. Modi was paying more attention to exporting Indian vaccines to other countries and to his election rallies. It seems just like Imran Khan, Modi is also more concerned about his deals and commitments to the West. That is the only people they don’t want to disappoint.

In a situation like this, offering help to a suffering neighbor seems very noble, but that is only possible if one is in a state where one can be on the giving end. Offering help to India while the Prime Minister has no control over the spread of pandemic in his own country sounds hypocritical. The reason of this hypocrisy is to stay in good books of the Indian Government, which Imran, if even he skins himself and his people alive, is not possible. Meanwhile in Pakistan things are also getting out of control. Availability of oxygen is getting critical. Vaccines are in the reach of a certain class of people. Masses that also live in very crowded areas, 10-15 people sharing one or two rooms, are not being tested nor being vaccinated. A few months back when things were not this bad, Imran Khan proudly boasted about his smart policies that in his opinion were the reason of the decline in the spread of the virus.

In fact, from day one Covid-19 has been mishandled by the government. Mosques and schools were first to be closed, although they could have been used as places to educate people how Islam handles such situations, but that is only possible when you take Islam as a solution, not a problem. Places like Schools, Colleges and Universities, where the best SOPs were followed, have been kept closed since March 2020, except for a short period of time. Meanwhile crowds in malls, shopping areas, and food streets give the impression that there is no danger out there. In history trade has always played a role in spreading of plagues. This helps us understand the hikmah behind the hadith about not leaving/entering the place of plague. Traveling should have been banned from the beginning as per advised by Rasool Allah (saw), but that also was not in the greater national interest. Having no screening facilities at the Taftan border between Pakistan and Iran and letting people enter Pakistan, knowing that Covid-19 has already started spreading in Iran was the first trailblazing negligence. Under the Khilafah (Caliphate) State authorities are neither selfish nor negligent, as they are in the place to serve Allah (swt) and His people. «إِذَا سَمِعْتُمْ بِالطَّاعُونِ بِأَرْضٍ فَلَا تَدْخُلُوهَا وَإِذَا وَقَعَ بِأَرْضٍ وَأَنْتُمْ بِهَا فَلَا تَخْرُجُوا مِنْهَا»“If you get wind of the outbreak of plague in a land, do not enter it; and if it breaks out in a land in which you are, do not leave it.” (Bukhari)

Muslim Ummah was ahead of the West in all the fields including medicine. While the rest of the world was struggling with smallpox, Turkey under the Ottoman State was practicing inoculation to vaccinate its people and was safe from losing lives to the disease. Western claims of the invention of the vaccine are as false as its claim over the rest of the civilization. The Khilafah State would have dealt with the problem following in the footsteps of Sahabah (ra), with honesty and intelligence and history tells us how such issues were dealt with.

May Allah help us out of this pandemic and grant us life with energy and vigour to strive for the establishment of Khilafah, so the masses do not suffer as a consequence of a selfish ruler’s stubborn negligence.