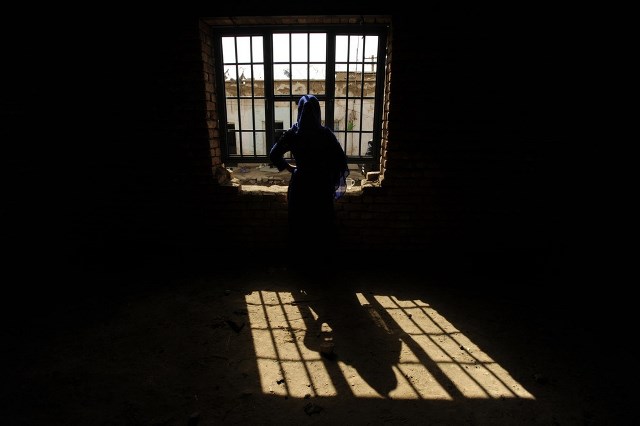 Torture and Sexual Abuse of Female Detainees in Their Prisons

The British Daily Mail newspaper published on 17/11/2020 a report issued by the British lawyer Baroness Helena Kennedy entitled: “A Stain on World Leaders and the G20 Summit in Saudi Arabia: The shameful detention and torture of Saudi women,” in which she wrote about the violations that human rights activists were subjected to in Saudi Arabia, since the arrest campaigns in 2018, whether by forcing them to watch pornography, perform sex acts, threatening them with rape, hanging them from the ceiling, beating them, electrocuting them, and other brutal methods.

What was mentioned in this report adds a new stain on the forehead of the criminal Al Saud regime, for the years of Salman and his son’s rule are full of violations, oppression and abuse of opponents, and their prisons are full of men and women preachers, human rights activists and prisoners of conscience who criticized the rule of Salman and his son. The situation in the prisons is dire, where those in them are missing and those who leave are reborn. The criminality of the regime has reached the sawing of his opponents, as what happened with journalist Jamal Khashoggi, and the execution of everyone who stood in the way of its corrupt projects, as happened with Al-Huwaiti. The reports and testimonies issued about torture and arbitrary trials of male and female detainees document this criminal record and these black pages during the reign of Mohammed bin Salman and his father, and what is hidden is much greater.

Mohammed bin Salman tried to beautify the face of their ugly regime and to portray it as one concerned for human and women rights through his Vision 2030. So a set of decisions and laws were issued in this area that were portrayed as openness, progress and achievements in the field of women’s rights, which are in fact nothing but their corruption and westernization and are in response to the dictates of his Western masters and their institutions. The Authority for the Promotion of Virtue and Prevention of Vice was replaced by the Entertainment Authority. Thus, corruption and evil became approved by “cheques of forgiveness” from this body! Cinemas were opened, mixed concerts were held, women were allowed to enter stadiums to attend sports matches, the guardianship system was abolished, and women over the age of twenty-one were allowed to travel abroad without the need to obtain the consent of their guardians, i.e. fathers, husbands, or other male relatives.

Activists and human rights organizations called for a boycott of the G20 Summit in light of Al Saud regime’s long record of human rights violations; internally through arresting and torturing opponents, and externally in its war on Yemen, and they are calling on their countries to pressure for the release of detainees, especially women activists, especially since the empowerment of women is on the agenda of the G20 Summit. Here we wonder whether or not these activists have forgotten that their countries are complicit with the Kingdom of Al Saud and are their partners in its crimes and violations of human rights?! Isn’t America silent about these crimes in exchange for the money Salman and his son pay for it?! Weren’t the weapons that their kingdom used in its brutal war in Yemen, which turned the lives of its people into hell with destruction, poverty, hunger and disease, purchased from countries in this group, especially America and Britain?!

No hope is expected from these colonial countries, to give rights to the oppressed or to deliver justice to a woman or a man. They only raise human rights issues to pressure governments to achieve their interests, or to save face, what remains of that, in front of their people and the world. They cannot achieve a decent life for the human being under their man-made systems. Only the system from Al-Hakeem, Al Khabeer (the Wise, the Expert) implemented in the Khilafah Rashidah (rightly-guided Caliphate) State, on the method of Prophethood, is the one in which a human being can live a decent life, in which his rights and dignity are preserved. أَلَا يَعْلَمُ مَنْ خَلَقَ وَهُوَ اللَّطِيفُ الْخَبِيرُ “Does He who created not know, while He is the Subtle, the Acquainted?” [Al Mulk: 14]