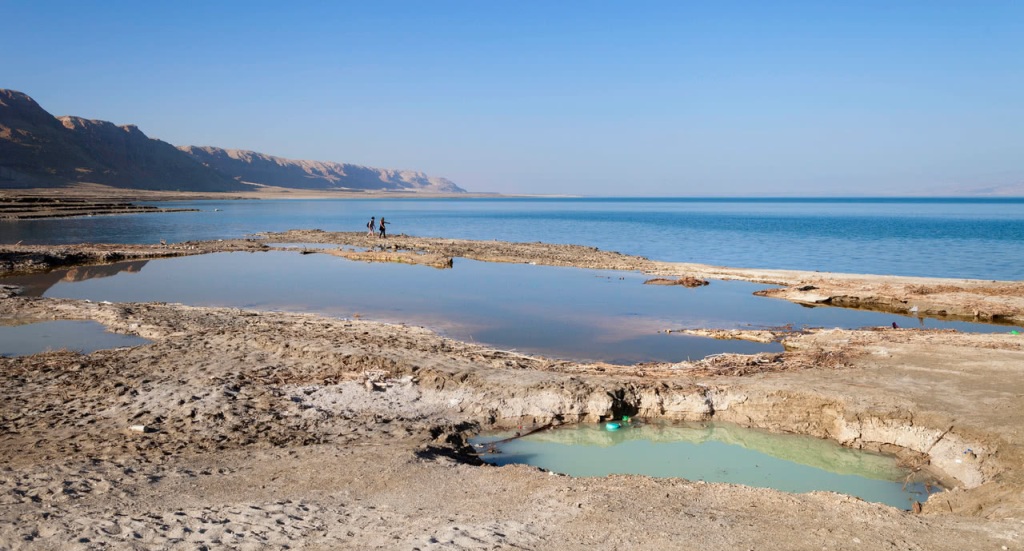 Under the patronage of the Minister of Endowments and Islamic Affairs and Sanctities, Dr. Muhammad Al-Khalayleh, the Shariah colleges in Jordanian universities, in cooperation with the German Agency for International Cooperation (GIZ), will hold the first conference for students of Shariah colleges in Jordanian universities under the title: “Water Reality in Jordan … Challenges and Solutions from an Islamic Perspective” to be held using the Zoom app on Saturday 12/12/2020.

To the deans and professors of Shariah colleges… and to the organizers of this conference… and to the experts in Shariah science:

Before that, we marvel at the raising of the water problem in cooperation with the German agency and international institutions. Since we are talking about solving the problem from an Islamic perspective, what is the relevance of international organizations with solutions to Muslim problems?! Is it not enough that you are looking to solve the Palestine issue on the basis of international law, which is in fact is a liquidation of the issue, instead of looking at it from a legal perspective?!

Returning to the most prominent points, we say:

First: Islam has listed water among the public properties that the Legislator has made its ownership to the community of Muslims, and made it a common property among them, and forbade individuals of its ownership. The Prophet ﷺ said: «النَّاسُ شُرَكَاءُ فِي ثَلَاثٍ: فِي الْكَلَأِ، وَالْمَاءِ، وَالنَّار»، “People are partners in three things: pasture, water and fire.” Therefore, it is forbidden to privatize and sell to a private company, as is the case in Jordan.

Second: The water problem in Jordan is fundamentally a political problem related to the establishment of Jordan as an entity, its system of government, and the relationship of its rulers with the Jews. Jordan is not fulfilling its duty to provide the necessary and suitable water for its people, not because of the lack of water in Jordan, but because it has been consistently linking people’s lives and water to the will of the kuffar and Jews and their interests, through agreements and treaties, starting with the English projects, passing through the American Johnston Plan, and ending with the Wadi Araba Treaty with the Jewish entity; which enabled Jews to access Jordan’s surface and underground water resources.

Third: The Jewish entity has taken – and still is – large quantities of Jordan’s water, either through occupation, agreements, or theft.

As for the occupation, when the Jews occupied the Golan, they gained complete control of the headwaters and tributaries of the Jordan River (Hasbani, Baniyas, and Al-Dan), and controlled more than half of the length of the Yarmouk River.

As for the agreements, there is no stronger evidence of that than the Wadi Araba Treaty and the water annex therein, for example it came in Article 6 of the annex to the water agreement: (The two parties mutually agree on equitable allocations for each of them, in the waters of the Jordan and Yarmouk Rivers and from the groundwater of Wadi Araba).

As for thefts, it was stated in a United Nations report issued in 1992, (that Israel pumps more water into the national conveyor channel than agreed upon and more than the specifications for which it was established, and it diverts some saline and unfit streams to the southern part of the river – that is, Jordan River – so as not to pollute the waters of Tiberias).

Fourth: Muslims have realized the importance of water as an important and vital factor in building the state and society since the establishment of the first Islamic State in Medina. On the authority of Othman bin Affan (ra): When the Messenger of Allah ﷺ came to Medina, there was only one well that was used, the well of Rumah. Allah’s Messenger ﷺ said: «مَنْ يَشْتَرِيهَا مِنْ خَالِصِ مَالِهِ فَيَكُونُ دَلْوُهُ فِيهَا كَدِلَاءِ الْمُسْلِمِينَ، وَلَهُ خَيْرٌ مِنْهَا فِي الْجَنَّةِ…» “Who will buy it with his own wealth and his bucket will be like that of the Muslims (i.e., donate the well to the Muslims and share it with them) and he will have something better than it in Paradise.”

As for Jordan, they have enabled the usurping entity from the waters of Muslims in Palestine and Jordan, and have even prevented Muslims from utilizing their waters in order for the rulers to fulfill their agreements with Jews.

Fifth: The solution to the water issue in Jordan must be a radical solution that must be at the region’s and Ummah’s level, not at the local or provincial level. The water wealth in the region is the public property of the Ummah and all members of the Ummah must benefit from it, as the Prophet ﷺ said: «مَثَلُ الْمُؤْمِنِينَ فِي تَوَادِّهِمْ وَتَرَاحُمِهِمْ وَتَعَاطُفِهِمْ كمَثَلِ الْجَسَدِ الوَاحِد؛ إِذَا اشْتَكَى مِنْهُ عُضْوٌ تَدَاعَى لَهُ سَائِرُ الْجَسَدِ بِالسَّهَرِ وَالْحُمَّى» “The believers in their mutual kindness, compassion and sympathy are just like one body. When one of the limbs suffers, the whole body responds to it with wakefulness and fever”.

This one body must be united into a single political entity, in order to remove the entity of the Jewish state. Thus, solving the water problem fundamentally in Jordan and the entire region.

* In conclusion: We draw your attention to the booklet issued by Hizb ut Tahrir in 1999 under the title: The Water Problem in Jordan, What is its Solution? in which the problem was explained with its solution, and explained the reality of water, its storage and its distribution in Jordan, and a comparison of what Jordan contains in terms of storage, what people need, and what is being robbed from it, all with documented numbers and statistics.

In conclusion, we remind you of the words of Allah (swt): وَإِذْ أَخَذَ اللَّهُ مِيثَاقَ الَّذِينَ أُوتُوا الْكِتَابَ لَتُبَيِّنُنَّهُ لِلنَّاسِ وَلَا تَكْتُمُونَهُ “And [mention, O Muhammad], when Allah took a covenant from those who were given the Scripture, [saying], “You must make it clear to the people and not conceal it.” [Aal-i Imran: 187].