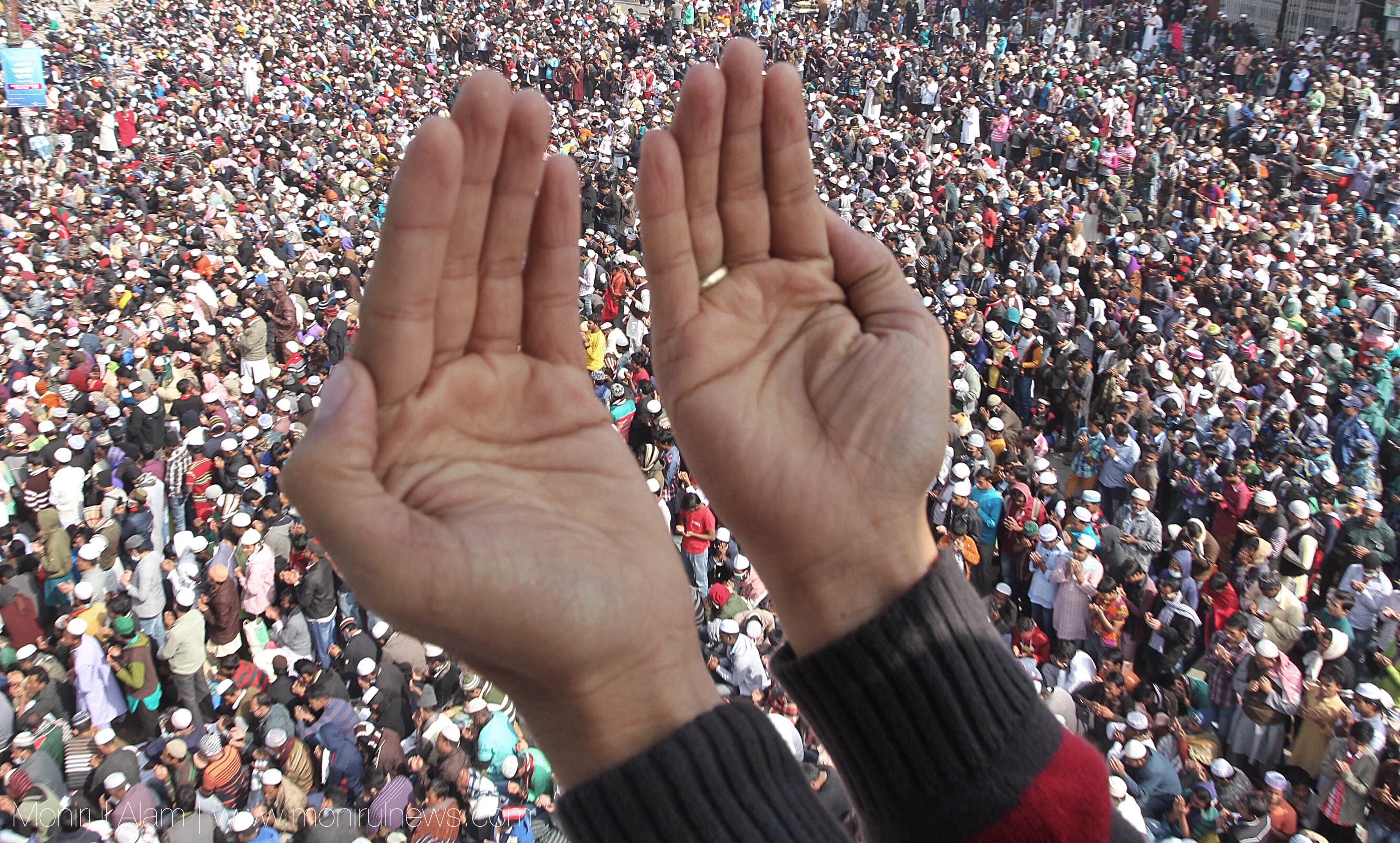 How can you accept to be described as helpless and a weak nation?! How can you accept to be described as an incapable nation, of conducting its life except with the laws that the West sets for it?! Would you forsake the law of your Lord, which made you the best nation that was brought to mankind by which you led the world for centuries?! How do you exchange what is inferior for what is good?! How can there be in your hands the light that guides you in these darkness and that guides the whole world, and you turn away from it?! Your situation is: “Like the camels in the dessert killed by thirst, when water is carried on its back!”

Where are you, O Ummah of Islam, and the rulings of Islam are suspended and Allah’s law is absent from your life and the lives of people?! How can you live when the goodness and mercy that Allah revealed, and chose you to spread in the worlds, is absent?!

Allah gave you the Sultan (authority) to appoint whom you wish, whom you see as guardians who are faithful to the rulings and law of Allah (swt). If any of them turns away from it and forsaken even one of the rulings, you have the right and responsibility to remove him and appoint another one. How do you accept to have agent rulers who have turned away from the rulings of Allah and work to spread the civilization of kuffr and its corrupt concepts?!

You are able to remove these tyrants and you have removed many of them, “Ben Ali – Mubarak – Salih – Gaddafi”, but the West interfered with its usual malice and distracted you from the correct path of change; change based on Islam. O my Ummah raise the ceiling of your demands, and let your demand be one comprehensive demand, which is the overthrow of the capitalist system, and call for the establishment of the Khilafah State that will implement Allah’s law and spread it as a mercy for the worlds.

You are able to attain the first place among the nations and return to your natural place, (خَيْرَ أُمَّةٍ أُخْرِجَتْ لِلنَّاسِ) “…the best nation brought to mankind” [Al-i-Imran: 110] leading, reigning, and enlightening the world with the just rulings of Islam.

Your children are orphans, and the monsters of the capitalist system devour their bodies, shed their blood, violate their honour, and plunder their lands and wealth. Is there a resounding, powerful movement for a great Ummah, with which you will return to your normal state?

The only Ummah capable of saving humanity from what it suffers, from the injustice of capitalism and its corrupt man-made laws that have thrown people into deadly darkness? You possess a divine law from Allah (swt), the Creator of the universe, man and life, and He (swt) alone is able to regulate and direct it. (أَلاَ لَهُ الْخَلْقُ وَالأَمْرُ) “Unquestionably, His is the creation and the command” [Al-A’raf: 54]

I miss your bright era… I miss your strength and being the invincible nation that is not trampled on and feared by the enemies; that they could not dare and insult its Prophet or its sanctities, or violate the honour of its women, nor insult a child or an elderly… I miss the heroism of your sons who follow the path of their beloved Prophet (saw) and work to protect the Islamic State and spread its rulings throughout the world.

O Best Nation! O Nation of the beloved Chosen One:

Your beloved Prophet left a trust, and He made Allah His witness that He (saw) has conveyed it on to you, so have you maintained that trust? He left you as the best, strong and an invincible nation that would lead the world and spread Islam in it, so that it would be the great civilization that illuminates the world, so where are you today from what He (saw) left you with?! What would you answer your beloved if he asked you what you did with your trust? What will you say to your Lord? Where is His legislation? How do you live in life and turn away from His (swt) rulings when he warned you, and warned you that you will lose?!

(وَمَنْ أَعْرَضَ عَن ذِكْرِي فَإِنَّ لَهُ مَعِيشَةً ضَنكاً) “And whoever turns away from My remembrance – indeed, he will have a depressed life” [Ta-Ha: 124]

Embrace the project of re-establishing the Khilafah State that Hizb ut Tahrir and the sincere of your sons are working for, and demand the implementation of Shariah over you, until you return as the just nation, so that you become the best and kindest nation and receive the trust of your beloved chosen one again, preserving it and spreading it as a mercy for the worlds? And call on your sons from the armies and scholars to play their true roles in your revival and restoring your stolen pride and stolen glory?

O Muslim Ummah rise and be free from your slumber,

Unshackle from your chains and for the return of your glory decide and work
Spread goodness for the people, and free their minds from secularism.

Teach them the concepts of Islam and make their hearts fall in love with it
Enough humiliation and debasement and do not excuse your weakness and helplessness
Allah made you the best of nations, you must convey mercy
Are you not the one who led nations for centuries with good and did not deceive them?
Go back and spread the good to the lands and liberate the people.