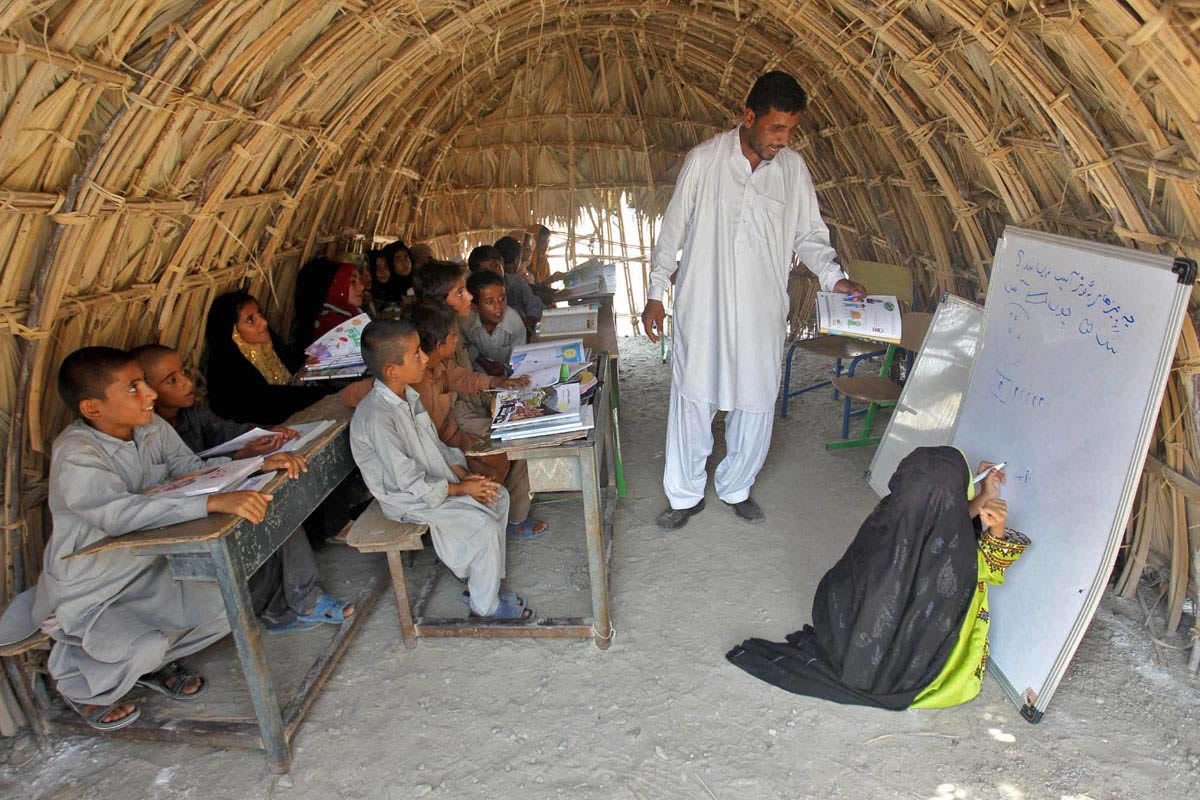 “O you who have believed, be persistently standing firm for Allah, witnesses in justice, and do not let the hatred of a people prevent you from being just. Be just; that is nearer to righteousness. And fear Allah; indeed, Allah is Acquainted with what you do.”
(Surah al-Ma’idah, Verse 8)

According to the Iran News on 23th of July 2017, the Iranian Government only provides education to citizens and establishes citizenship based on the father’s nationality. There are many children with Iranian mothers and foreign fathers who were born in Iran, but are not Iranian citizens. Children without state-issued identification documents mostly from Iran’s underdeveloped border provinces are being denied education. The Deputy Labor Minister Ahmad Meydari reported that there are estimated 130,000 children which are out of school. It’s unclear whether the number he cited included children without or with Iranian citizenship. Mostly effected are children which lives in poverty and those who living near the Iranian borders with Afghanistan, Pakistan, Iraq and Turkey. Thousands of children with citizenship are meanwhile being denied education simply because they live in remote areas with no access to the governmental registration offices that issue the identification documents required by schools. In many border areas there are no middle schools or high schools and students can’t afford to go to the cities to continue their education, so they have no choice but to drop out of school. Girls are especially vulnerable in these situations because they are more likely to be held back by their families. Thus most of this children leave the school and work in factories or begging on the streets.

According to Article 30 of Iran’s Constitution: “The government must provide all citizens with free education up to secondary school, and must expand free higher education to the extent required by the country for attaining self-sufficiency.” Thereby it becomes clear that the Iranian government is negligent towards all its citizens, irrespective of their citizenship. Furthermore it does not respect the rights of children to education and treats the people living in Iran, unequal and unjust because of nationalism. It is not comprehensible how children should live in a country where they cannot receive any education. A government must be able to deal with the problems and concerns of all its citizens and persons which are living in its state.

Compared to this in the time of the caliphate, the citizenship was based on whether or not a person lived permanently in Dar ul-Isalm, regardless of the nationality, status, religion, etc. of the Person.The Prophet (saw) said:

Dar ul-Muhajireen was the land of Islam (Dar ul-Islam) at the time of the Prophet (saw) and all other lands were Dar ul-Kufr. So when someone lives permanently in Dar ul-Islam he has the same rights and opportunities like all other citizens and he had to follow all the regulations of the state like other citizens, except for the worship services that belonged to the belief. No human being was disadvantaged or oppressed because of his nationality and nobody was denied the right of education or any other right like in the Iranian Regime of Today.

Today’s rulers of the Muslim countries are not caring for the Ummah and are not concerned about the affairs of the Ummah. They suppress and neglect the Ummah in all areas where they can only and expect egoistically their own profit and prosperity in this Dunya. They agree with the injustice and Kufr in order to satisfy only their leaders. Although Allah (swt) says:

“And if you judge, judge with justice between them. Verily, Allah loves those who act justly”
[Surah al-Ma’idah, Verse 42].

“I bear witness that I heard the Messenger of Allah SWT say; Allah will punish those who punish the people in the Dun’ya.”
(Muslim)

The Islamic Ummah needs Rulers which we had once like Umar ibn Al-Khattab which was caring righteous not only about the men, women and children of the Ummah but also even about the camels of the Ummah. We need those rulers which stayed hungry until each person of the Ummah was fed up. We don’t accept the governments of today and the leaders in the Muslim Lands. We call for a change, we call for the reestablishment of the Khilafah/Caliphate upon the Method of the Prophethood and we want intrust the protection of the Ummah to Allah (swt) and His Khalif on earth.