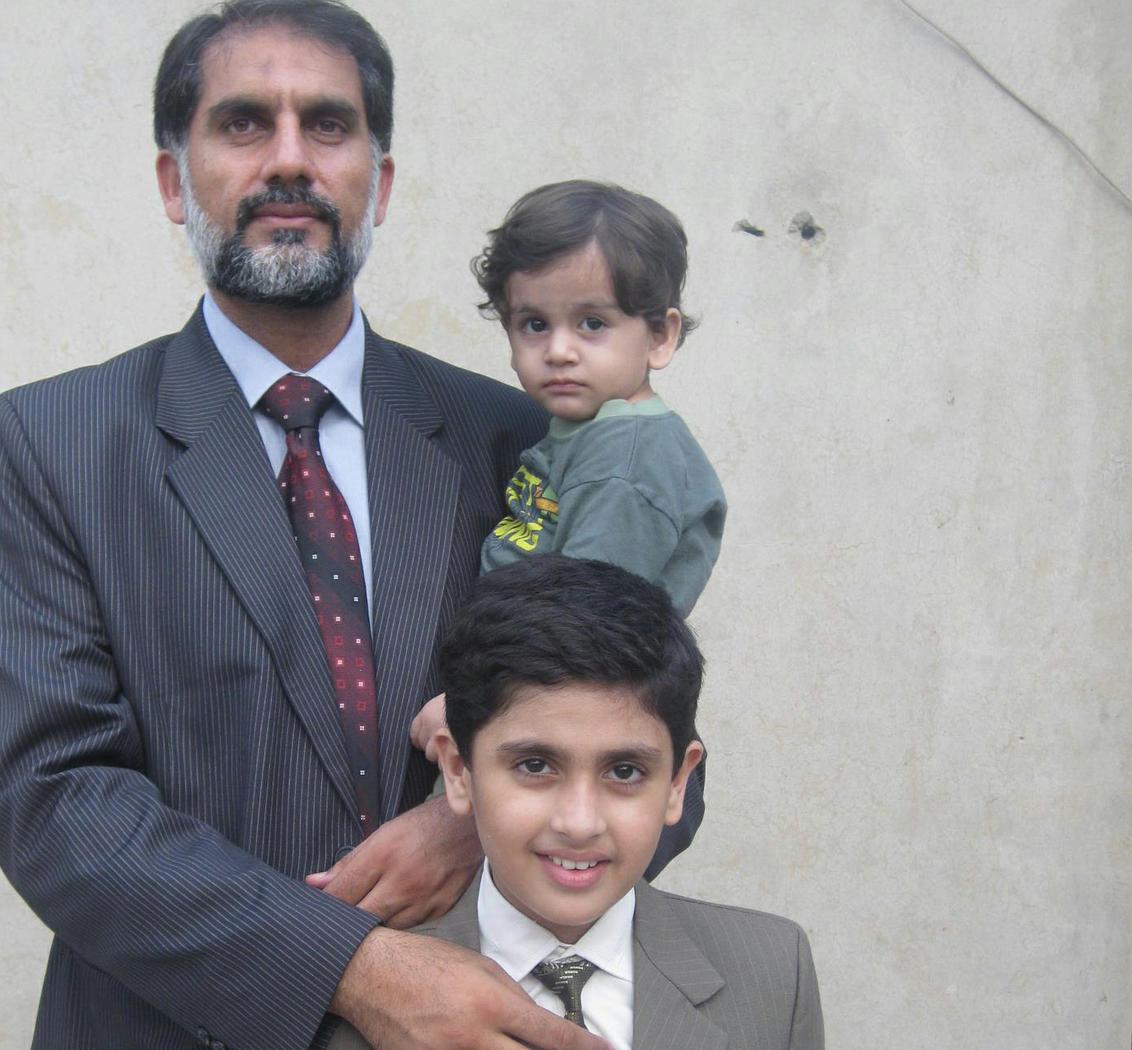 It has been five years since Friday 11th May 2012, when thugs of Pakistan’s rulers abducted Naveed Butt, the Official Spokesman of Hizb ut Tahrir in the Wilayah of Pakistan. Naveed Butt’s so-called “crime” is that he became the most influential voice in Pakistan for the re-establishment of the Khilafah (Caliphate) on the Method of the Prophethood. His powerful call was a direct challenge to the US agents and undermined the plans of their masters of Washington. Naveed fearlessly warned the Muslims regarding the destabilizing US colonialist presence within the region, as well as the US “Akhand Bharat” (Greater India) plan to raise India as the dominant regional power. However, instead of standing aside to make way for the Truth as repentance, the treacherous rulers added to their many sins, by waging war on all the advocates of Khilafah, through intimidation, persecution, arrest, abduction and severe torture that included electrocution. Until today the traitors hold Naveed in abduction, even though in the Hadeeth Qudsi,قَالَ رَسُولُ اللَّهِ صَلَّى اللَّهُ عَلَيْهِ وَسَلَّمَ «إِنَّ اللَّهَ قَالَ مَنْ عَادَى لِي وَلِيًّا فَقَدْ آذَنْتُهُ بِالْحَرْبِ» “The Messenger of Allah peace be upon him said that Allah said, whoever harms my Wali I will declare a war against him …” [Bukhari].

And these criminals use force against the Shabab of Hizb ut Tahrir even though Allah (swt) revealed in the Quran,

Yet, the Bajwa-Nawaz regime is frustrated by the fact that Hizb ut Tahrir has not abandoned its struggle, despite the forceful suppression. In fact, the influence of Hizb ut Tahrir has increased within the Muslims in general and the armed forces in particular, for the Muslims respect those who endure hardships for the sake Allah (swt) and His Messenger ﷺ.

O Muslims of Pakistan! The patience of Naveed in particular and the Shabab of Hizb ut Tahrir in general contains an important lesson for us all. Such strength in the believer does not come from physical means before the resourceful tyrant, but from the strong Imaan in Allah (swt) and His Messenger ﷺ.  It is this Imaan which is the anvil upon which tyranny is smashed. This is the lesson that RasulAllah ﷺ conveyed to his Ummah when he informed us of the need for unyielding defiance before the tyrant and the good consequence of doing so. It is narrated from Khabab bin Aratt (ra) who said: شكونا إلى رسول الله صلى الله عليه وسلم وهو يومئذ متوسد بردة في ظل الكعبة، فقلنا: ألا تستنصر لنا؟ ألا تدعوَ لنا؟ فقال: «قد كان الرجل فيمن كان قبلكم يؤخذ فيحفر له في الأرض، فيجاء بالمنشار على رأسه فيجعل بنصفين فما يصده ذلك عن دينه، ويمشط بأمشاط الحديد ما دون عظمه من لحم وعصب فما يصده ذلك، والله ليتمنَّ الله عز وجل هذا الأمر حتى يسير الراكب من صنعاء إلى حضرموت لا يخاف إلا الله تعالى، والذئب على غنمه، ولكنكم تستعجلون» “We complained to the Messenger of Allah ﷺ while he was laying his head on a garment (Burdah) under the shadow of Ka’bah. We said: Don’t you ask (Allah) for our assistance? Don’t you pray for us? He ﷺ said: “The person from peoples before you used to be taken and a pit is dug for him in the ground; a chain saw used to be put on his head making him two halves, but this would not make him abandon his Deen; and whatever beyond his bones of flesh and nerves used to be combed with iron combs; yet this would not divert him (from his Deen). By Allah, He the Almighty will complete this matter (Islam) till the passenger would travel from San’aa to Hadramout, fearing nobody except Allah Ta’ala and the wolf for his sheep; but you are impatient”. [Narrated by Ahmad]. So do not fear the tyrants and stand firm with the Shabab of Hizb ut Tahrir in the duty to re-establish the Khilafah on the Method of the Prophethood.

O Sincere Officers of Pakistan’s Armed Forces! It is through the strength of their Imaan, that the capable and sincere politicians of Hizb ut Tahrir are able to uphold the Truth before the tyrants. So, what must be expected of the capable and sincere military officers, who have the means to seize the tyrant and establish the Truth through their power and strength, within hours? Turn away from the whisperings of the regime’s shayateen who seek to instill fear within you and honor yourselves by standing with the Ummah in her hour of need against the tyrants of today. Answer the call of Hizb ut Tahrir and fulfill your duty by granting Nussrah for the re-establishment of the Khilafah (Caliphate) on the Method of the Prophethood, seizing the tyrants at the height of their treachery and healing the hearts of the believers.