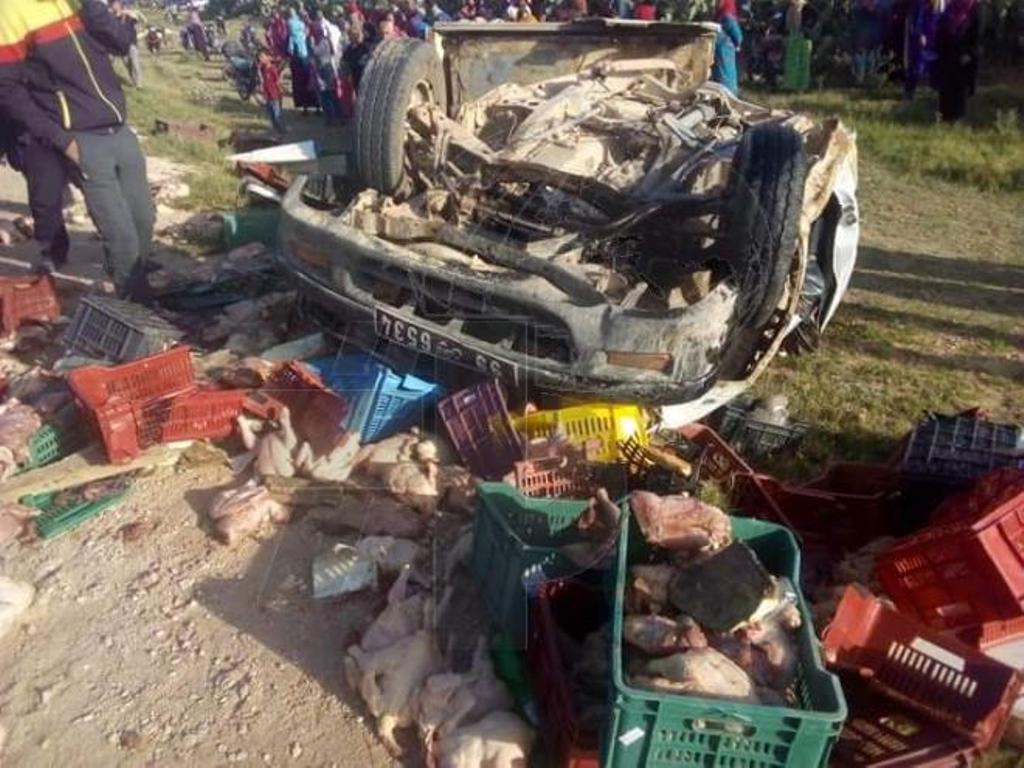 Following the incident which took place on Saturday, 27 April 2019 at the Sabala district in Sidi Bouzid, a delegation of the Women’s Section of Hizb ut Tahrir / Wilayah Tunisia went to the site to perform the duty of consolation to the families of the victims on Sunday, 28 April 2019.

We were very surprised when we found the place free of mourners and comforters for the families, as we expected to find a convoy of condolences to reflect the magnitude of the grave tragedy, but we found only the families of the victims themselves, moving between the houses, comforting each other, all are aggrieved and in every house there is a deceased or an injured person or both.

We ask Allah to make great for them their reward and give them patience over their suffering.

We shuffled between the houses, which are few in number and few in their people, and we sat down to a number of women; we heard from them and they heard from us and they welcomed us and told us about the suffering that they live on a daily basis with their families, which is not less than the calamity of death, but perhaps death is lighter before it.

We tried our best to comfort them and understand their sores; the first house we entered (and the word “house is too big” to describe the rooms where they live) had two deceased males and an injured brother at Sousse Hospital; three brothers working to sustain three younger brothers after the death of the father and the imprisonment of the mother… the breadwinner for the young ones died so who is for them after the incident?

Then we went to another house where the grieving mother describes the state of poverty, need and privation that forced her to sacrifice her two beloved daughters, she lost one of them and the other is lying in the resuscitation unit and her hand cut off.

At the same house, we found a woman crying for her elderly mother, who is over 60 years old, she was among the injured in the Sidi Bouzid hospital and the daughter was unable to travel to visit her, because their village lacks any means of public transportation and there was no money to rent private carts.

Then we entered the next house, which lost its only breadwinner; a 14-year-old girl, who was the only hope in life for her aging mother and her sister and brother who suffer a neurological disease. The sister of the deceased described with an aching heart how she went to the scene with great difficulty to find her sister a dead body covered by blood and a hand lying beside her, which she did not care for it while carrying her sister, but she is now gravely hurt after learning that it is the hand of one of her cousins who lies in the resuscitation unit.

They told us about the negligence of the government and how it abandoned them and they expressed the futility of the visit of Yusuf al-Shahid to them and said that he shows off his strength in front of them and that his arrival will not change their situation anything.

They told us about their lack of confidence in the politicians and officials who do not pay attention to them except when the election date is near, they are aware that these are chair seekers.

We presented ourselves as Women members (Shabat) of Hizb ut Tahrir and told them about our project, and despite their simplicity, privation and need, they were only to praise Allah (swt), and they said, we have no one other than Allah.

The government, which hastened to evade its responsibility towards the bereaved people of Sabala, who are suffering from two great afflictions, poverty and death, is the direct cause of everything that happened to them, where it deliberately marginalized the region and circumvented the paving of roads and providing people with the most basic necessities of life. All those who stand supporting it are partners in this crime, and those who want to stand on the real causes of the tragedy, they only have to examine the reality closely to know that the truth is so shocking that words fail to describe.

We, in the Women’s Section of Hizb ut Tahrir / Wilayah Tunisia, see that consolation is a duty and carrying the concerns of the Muslims is an obligation, and as we went to them, we did not satisfy their right and we will not give them their right until the promise of Allah (swt) and the glad tidings of the Messenger of Allah (saw) is fulfilled by the establishment of the Khilafah Rashidah (righteous Caliphate) state on the method of the Prophethood, which takes care of the affairs of Muslims and achieves for them sufficiency and care, and rid them of the injustice of the existing state and its terrorism and oppression which it practices on them without concern for their suffering.