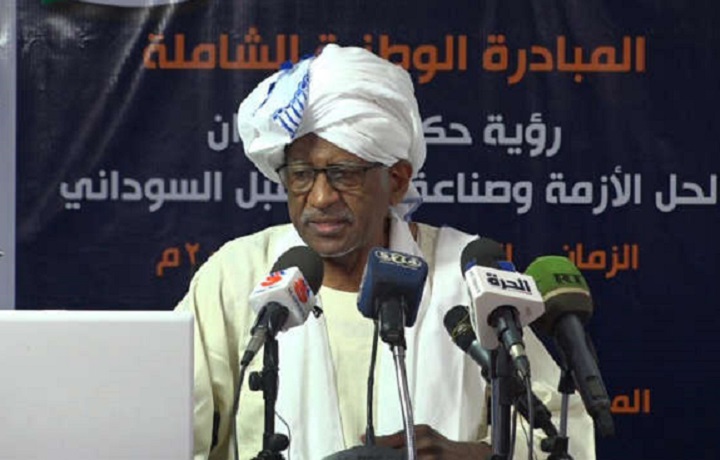 On Thursday 10/2/2022, a delegation from Hizb ut Tahrir / Wilayah of Sudan met with Professor Muhammad Hussein Abu Salih, the initiator of the Sudan Elders Initiative to solve the political crisis in Sudan. The delegation was headed by Ustadh Nassir Ridha Muhammad Othman, Chairman of the Central Communication Committee of Hizb ut Tahrir / Wilayah of Sudan. He was accompanied by Ustadh Abdullah Hussein, the Committee’s Coordinator, and Ustadh Abdul-Qadir Abdul-Rahman, a member of the committee.

At the beginning of the meeting, Professor Muhammad Hussein Abu Salih talked about his initiative and that it is in order to preserve the country from fragmentation in light of the acute conflict currently taking place in Sudan and the colonial targeting to tear the country apart and plunder its wealth, within the framework of a Sudanese-Sudanese solution. Ustadh Nassir Ridha spoke next about the great conflict that is taking place in the country; which is a colonial struggle that uses local tools. Therefore, the conflict must be managed by looking at the matter from the angle of the Islamic creed, and Islam should be the basis, not the homeland or the frameworks imposed by reality. Islam has determined for us the political system by which we rule and revival is based on it, it is the system of the Khilafah (Caliphate), not the democratic transformation or anything else.