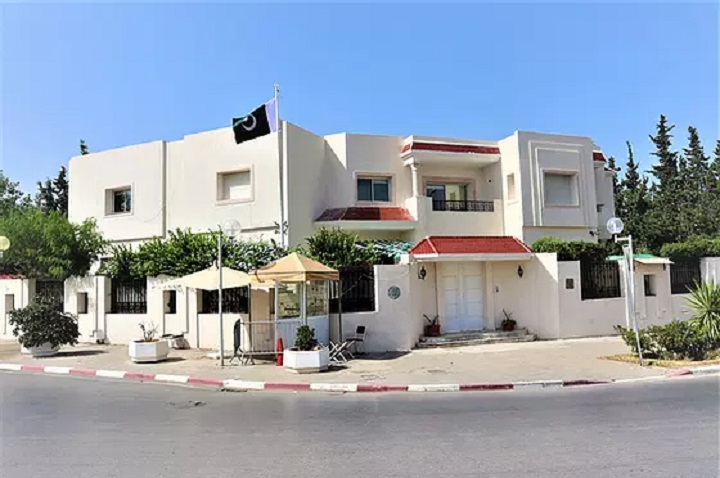 The delegation handed over to the Pakistani embassy in Tunisia a press statement of Hizb ut Tahrir that included a call to end the enforced disappearance of the official spokesman of Hizb ut Tahrir in Wilayah of Pakistan, Engineer Naveed Butt, who was kidnapped more than nine years ago by Pakistani intelligence and whose fate is unknown to this day. Successive Pakistani governments refused, since 2012, to disclose his whereabouts, and the situation has reached the extent that Pakistani intelligence has threatened his family to physically liquidate him if he does not stop his political activity in Hizb ut Tahrir.

Members of Hizb ut Tahrir have organized a picket in front of the Pakistani embassy in Tunisia, during which slogans such as “Naveed Butt, 9 years of enforced disappearance” were raised. During which the head of the Media Office of Hizb ut Tahrir / Wilayah of Tunisia gave a speech introducing the Engineer, Naveed Butt, and the direct reasons that led to his arrest, then he invited the loyal officers of the Pakistani armed forces and the Pakistani diplomatic missions to pressure those concerned in their government to release the Engineer Naveed Butt, and called on the vital forces in the Islamic Ummah, especially the media among them, to join the campaign launched by Hizb ut Tahrir for the release of Naveed Butt so that he can return to his family and children.

“The Muslim is the brother of a Muslim, he does not oppress him or surrender him”
[Narrated by Muslim].