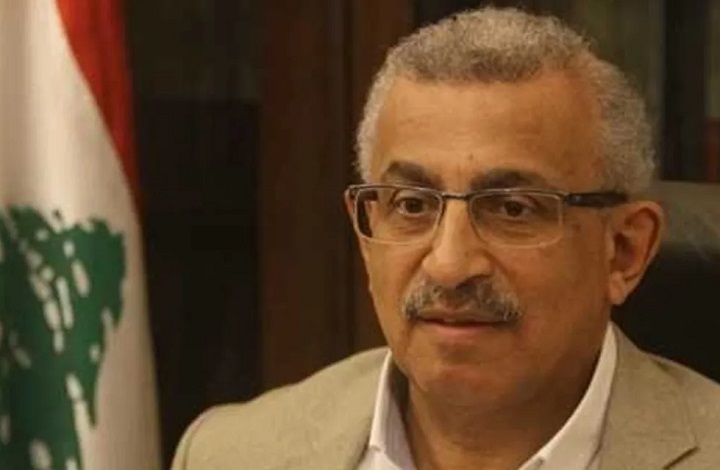 As part of Hizb ut Tahrir/ Wilayah of Lebanon’s campaign to raise awareness of the dangers of joining the International Monetary Fund system, which the Lebanese authority adopts, and the current government’s program towards the IMF, elections and demarcation of borders leading to normalization with the Jewish entity, a Hizb delegation in Wilayah of Lebanon today, Thursday 9/2/2022, headed by Member of the Central Communications Committee, Engineer Bilal Zidan, and the members Haj Ali Aslan, Haj Hassan Nahas, Engineer Wajdi Hussein, from the Activities Committee in the South region, visited the Secretary-General of the Nasserite Popular Organization, and the MP of Sidon, Dr. Osama Saad, in his office in the city.

There was an agreement on:

The risks that the Lebanese authority will face by insisting on negotiating with and borrowing from the International Monetary Fund. This will increase the burdens on the Lebanese state in terms of more usurious loans, and on the general public who will be the most affected by the conditions imposed by the Fund; this has become a practical reality applied on the ground even if not officially. Devaluing the currency, lifting subsidies on goods, reducing medical and educational services, freezing wages and reducing the government sector have become a reality that people can touch, in addition to the consequences of privatization of the public sector and the imposition of more fees and taxes on people.

This corrupt authority must bear the responsibility for the consequences of entering this system or demarcating the borders leading to normalization with the Jewish entity, or holding elections or not, and the risks that this poses in both cases, either in terms of the return of this corrupt political class to power, or the theft of the right of people to choose who represents them, from their sons who are outside this system or this corruption. In this regard, MP Osama Saad affirmed that their choice at this stage is not to ally with any of the poles of the ruling authority, which bear, all its poles, the responsibility for the outcome of the political, economic and social situation.

The need to raise the voice against these solutions that are drowning the country, especially now near the time of the elections, and to continue raising the voice in the face of the existing political authority even after the elections, as long as it insists on options that do not represent the interests of the people.

Raising people’s awareness of the dangers facing them, and the need for people to know that the Parliament, in its current form, is part of the corrupt system of power, and that people should work to change this utilitarian sectarian reality that dominates the Parliament.

The correct position of the country’s politicians and those who represent them should be to disassociate from the West or the East, but rather to join a project that brings them together in the face of political, economic and social risks. The party delegation made it clear in this context that it sees the radical solution that unites people in their various forms is their unity on the comprehensive project of Islam, which possesses the necessary legislation to carry out its project, in addition to the pioneering historical experience that spanned more than 1300 years in ruling Muslims and non-Muslims with justice and equity.

At the end of its visit, the party’s delegation presented a paper from the work of the Central Communications Committee and the Activities Committees in Hizb ut Tahrir / Wilayah Lebanon, explaining the project of the current Lebanese government, and focusing on the issue of the International Monetary Fund, its risks and consequences, and some proposed solutions to get rid of it.