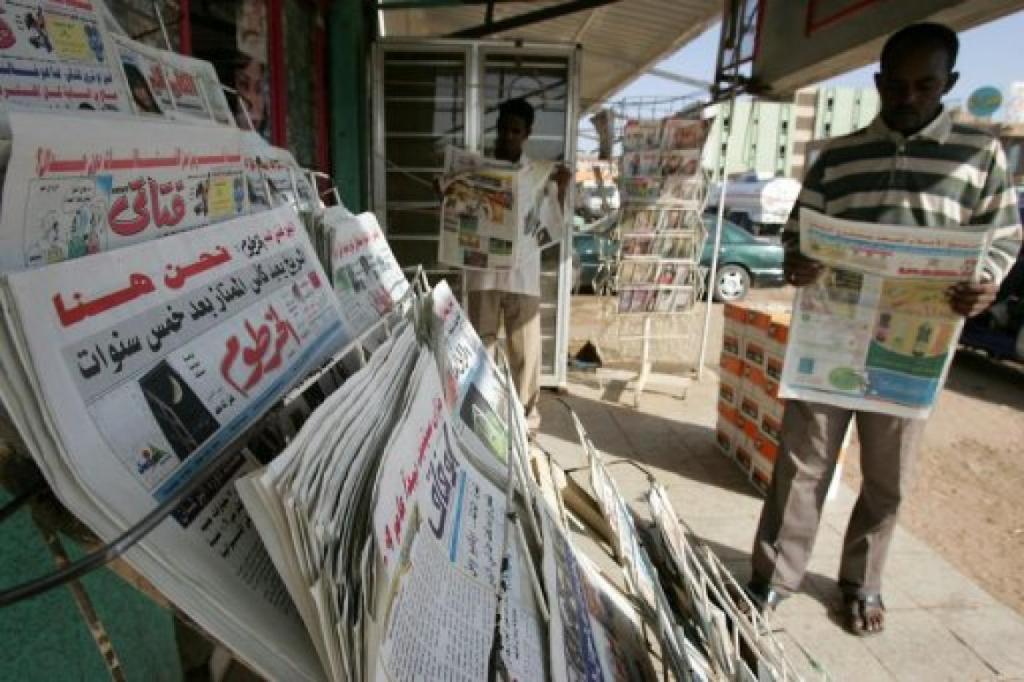 Within the framework of communication that Hizb ut Tahrir / Wilayah Sudan is doing with the political and media circles, and segments of the society to have a live interaction with the Ummah, to deliver the idea of the party to the people, a delegate from the party led by Ustaath Mohammed Jami (Abu Ayman) the Assistant of the Official Spokesman of Hizb ut Tahrir in Wilayah of Sudan, accompanied by Ustaath Ibrahim Mushrif, a member of the Media Office of Hizb ut Tahrir in Wilayah Sudan, on Monday 25/11/2019, visited Ustaath Osman Mirghani, the Editor-in-Chief of Al-Tayyar Newspaper, at his newspaper office, as the visit was for the purpose of extending the bridges of communication, discussion and dialogue about the solutions, visions and ideas that the party is presenting to the Ummah, and the role of the media in dealing with the party’s publications and events.

A deep discussion regarding the above mentioned occurred. The delegate agreed with Ustaath Osman that such visits should be repeated. Additionally, Ustaath Osman has welcomed the Hizb to be hosted in the program, “A Cup of Tea” organized by the newspaper. In addition, Ustaath Osman praised the intensive media activities that Hizb ut Tahrir is doing to communicate with the people.