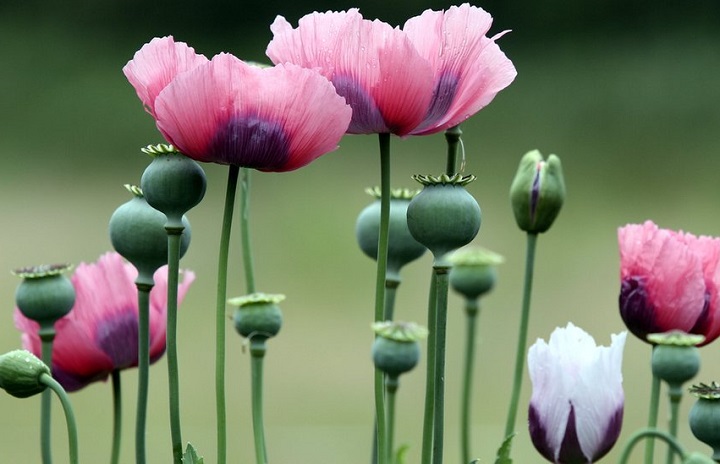 The supreme leader of the Islamic Emirate, Sheikh Hebatullah Akhundzadah, issued a decree on April 3, which will ban the cultivation, production, sale and purchase, export and import of any kind of narcotics in Afghanistan as well as treat the violators in accordance with Islamic Sharia. Besides, the decree further reads that the usage, transportation, trade, import and export of all types of narcotics such as alcohol, heroin, hashish, Tablet-K (psychedelic pills) etc., including drug manufacturing factories are strictly banned.

Comment:
The main cause of poppy and hashish cultivation in Afghanistan has been the decades of war and poverty resulting from British, Soviet, American and NATO-led occupation of the country that had directly affected the Muslims and Mujahideen of Afghanistan; however, the slightest substantial benefit of poppy crops has gone to Afghan farmers so far. Conversely, the Mafia, giant companies and colonial powers of the world are the main actors who trade, process, and supply drugs to global markets, gaining remarkable profits out of this enormous business. It is the big mafias and cartels who happen to turn the poppy and hashish into painkillers, intoxicants and psychedelics and supply them to global markets through government and private channel. Therefore, Afghanistan has turned out to be nothing more than a low-priced farm for such a global business.

Therefore, such a decree by the leadership of the Islamic Emirate is deemed as a valuable step towards the implementation of the Sharia law; and even from a political point of view, it is considered as a means of pressure on the US and the West because prior to the current regime, a large scale of opium trafficking was mysteriously done by US and British intelligence agencies, feeding the global markets. The money made by this sinister trade was used to subjugate traitor rulers, seek espionage, and promote proxy wars in Islamic lands.

Although there are no clear statistics to show the exact status of global drug trade, it is estimated that the revenue values of this trade exceeds hundreds of billions of dollars worldwide. In Afghanistan, the revenue value of narcotics was estimated between $1.8 billion and $2.7 billion last year, according to the United Nations. The latest records from the Afghan Ministry of Health reads that prior to the ‘Islamic Emirate’, the number of addicts in the country reached 2.5 million, of which around 850,000 were women. Thus, the deadly and catastrophic growth of drug cultivation, production, trafficking and addiction in Afghanistan was seen after the occupation of this land by US and NATO.

This is indeed the nature of Capitalism, which turns the outlawed directives of Allah (swt) into that of lawful, simply because of material interests. 1400 years ago, Islam had forbidden all kinds of narcotics before they could have happened to inflict harm over human society like they do today, and even labelled some as Khumr defining it as ‘Najis’ – filthy or unclean. This has been considered as one of the Hoodod of Allah (swt) whose violators would be whipped 80 lashes according to Islamic law. Such commandment of Islam aimed at protecting the human society must be considered a miracle of Islam in today’s world.

The current human societies must realize that the main cause of the destruction of the earth and the sky has been the human-made ideologies, especially Capitalism. Because in Capitalism, the basis of action is merely aimed at gaining interests where the core values such as spirituality, humanity and morality are sidelined, encouraging both the thinking and acting to be based on gaining interests. Hence, to secure individual interests, this ideology has made the societies turn into corrupt communities by imposing human-made laws and encouraging relations through the use of drugs, alcohol and so on, as they have also gravely ruined the environment, including water, air and soil for the same material interests.

Thus, it is crystal clear that humanity has been rapidly moving towards annihilation without the implementation of Islam and the Caliphate. Undoubtedly, if one examines the root causes of crisis and war in Islamic lands, including Afghanistan, they would figure out that it is the West and the infidels along with their human-made systems and puppet rulers who have further extended various crises such as poverty, war and misery. Besides, these corrupt monsters should never again be given the opportunity to return to Afghanistan under the guise of humanitarian organization, NGOs, UN staff, journalists, entrepreneurs and philanthropists to secure their intelligence and political influence in the country.

Indeed, the time has come for the Islamic Emirate to join hands with Hizb ut Tahrir, and like the Ansar and the first-round Muhajireen, to fully embrace Islam in all spheres of life and eradicate the intellectual, political, economic and cultural values of the West as what was done to the Western military occupation.