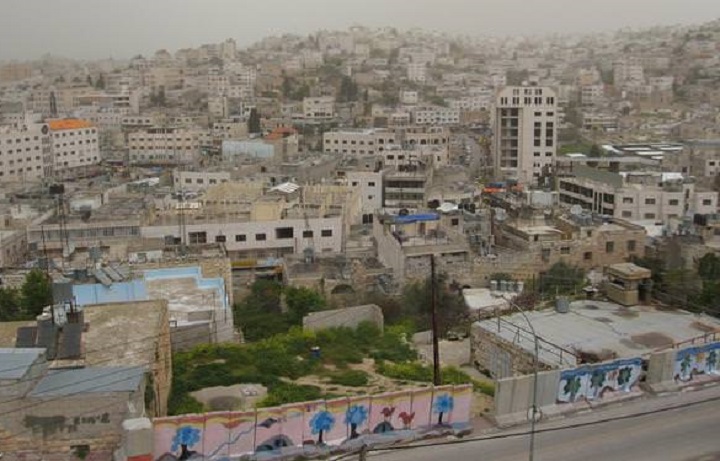 The events of Al-Khalil, the fighting and assaults on property and sanctities, have disturbed the entire blessed land, as the city of Al-Khalil became a powder keg that is almost exploding and its sparks are flying, affecting all of Palestine.How will it not affect all of Palestine, when it is known that Khalil al-Rahman is obedient to those who advise it and disobeys those who deceive it, it is the cornerstone of proclaiming the truth and thwarting plots. The people of Palestine did not forget the role of the people of Al-Khalil in confronting the social security project,and standing in the way of the CEDAW Agreement and the Family Protection Law, and their honourable stance to protect Tamim’s Endowment from infiltration, and prevented the construction of missionary and evangelizing schools, and many great actionsthat are engraved in people’s memory and still are. These strong positions made the Jewish entity and the enemies of Islam and their tool, the Palestinian Authority, look at this blessed country with a view of hostility, and are working to destroy it.

O our People in Khalil al-Rahman: The fire raging today among the families of Al-Khalil, has been ignited by the Jewish entity through their tool, the Palestinian Authority, to burn the country, destroy it, and displace its people. The shooting that takes place in the southern region, takes place under the hearing and sight of the Jewish entity, they know that it is a fire that only burns you and does not harm a Jew or a settler. Otherwise, the procedure would have been different. Moreover, recent events in the city are taking place under the noses and eyes of the security services and in the areas under their control, so why doesn’t it move a finger and arrest those who kill, shoot, attack property, or terrorize the safe in their homes even though they are known to the security services by their names and identities. Indeed, criminals are committing these crimes, filming them and broadcasting them on websites, so why doesn’t it arrest anyone?! Why doesn’t it protect people’s property?! Or are the security services able to break up sit-ins, arrest people, prevent them from protesting, and arrest those who harm Jews, but cannot protect people from the instigators of sedition?! Or those who shoot and burn property are members of the apparatus of the Palestinian Authority acting on its command? The position and role of the Palestinian Authority regarding the events in Al-Khalil is not different from its position on the occupation forces, which brutally killed the three martyrs in Nablus under the eyes and with the knowledge of the Palestinian Authority and its security services.

Today, the authorities are complicit in what is happening. Indeed, members of the security services in the two families are working to incite and abort the efforts of the mediators to reform between the two families.This is witnessed and known and witnessed by those who follow the state of chaos in Al-Khalil. They are the ones involved in the fighting between the people, not the families. Rather, the families are the fuel that the authority uses to burn Khalil al-Rahman.The Ja’bari and Abu Aisha families are among the honourable families known for their good stances, and they have good men who can abort every sedition and solve every issue.But the agents of the occupation and some elements affiliated with the security services, specifically the intelligence service, are working in a dirty way to stir up strife between the two families.

Isn’t it suspicious to see the timing of the killing between the Abu Aisha and Al-Ja’bari family after the people’s strong protests against the authority’s crime in the killing of Nizar Banat, and why did events explode between the two families as people began to move against the high prices and taxes imposed by the Palestinian Authority?! Would any sane person think that this is just a coincidence?!

O our People in the Blessed Land in general and in the country of Khalil al-Rahman in particular:

Hizb ut Tahrir is from you and with you, and strives in your issues. It is present among you during the events with the men of reform, and will not abandon you. We have revealed to you who is conspiring against you and we warn you once again, and advise you sincerely, that the authority today is working with your enemy to keep the country ignited, in implementation of your enemy’s plan to expel you. It is conspiring. against your blood, your land, your honour and your children. So, stop them and hold tight to the rope of Allah together, and do not be divided, and do not be the fuel that burns the country. We turn to the two honourable families, Al-Ja’bari and the Al-Owiwi and the guardians of blood, to respond to the efforts of the mediators to reconcile the relationship, to disappoint all those plotting against this blessed country. What angers your enemies is your unity and your standing strong in the face of the conspirators, let the words of the words of Allah (swt) be the light that guides you:

“So fear Allah and amend that which is between you and obey Allah and His Messenger, if you should be believers” [Al-Anfal:1].