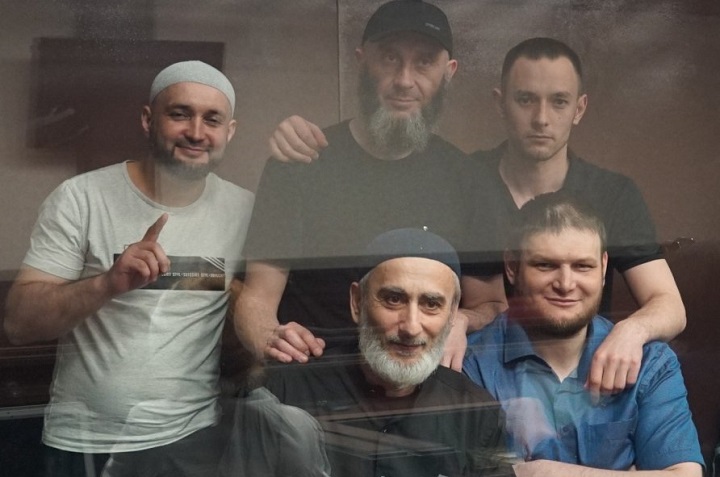 On March 10, the Interfax-Russia news agency reported: “Five residents of Crimea received a colony for all 88 years for participating in Hizb ut-Tahrir banned in the Russian Federation. The Southern District Military Court in Rostov-on-Don on Thursday sentenced five residents of Crimea to lengthy prison terms ranging from 15 to 19 years in the case of Hizb ut-Tahrir (recognized as a terrorist organization in Russia and banned), the press service of the court said.

So, Riza Izetov and Remzi Bekirov received 19 years in a strict regime colony, Shaban Umerov – 18 years, Raim Aivazov – 17 years (all of them must serve the first five years of their sentence in prison), Farhod Bazarov – 15 years in colony (the first four years and 10 months in prison).

Since the occupation of Crimea by Russia in 2014, the Kremlin regime has relentlessly persecuted Crimean Muslims. The Shabab of Hizb ut Tahrir are accused of trying to seize power, calling for extremism or terrorism. More than 100 sincere sons of the Islamic Ummah were arrested and hidden in the prisons of the godless regime. The Shabab are tortured in prisons, kept in isolation for months, mocked, even forbidden to pray.

Muslim families left without fathers, husbands, brothers and are under close attention of the Kremlin’s punitive services. The authorities create unbearable living conditions for these families and try in every possible way to prevent anyone who wants to help them in any way. By such methods, the authorities seek to turn the Muslims of Crimea away from their religion.

But, despite all these inhuman persecutions, the Shabab and their families continue to call for the revival of the Islamic way of life. This is not the first time that Crimean Muslims have been persecuted by Russia. First it was tsarist Russia, then the Kremlin’s communist regime, and now Putin’s despotic regime.

Today Muslims all over the world are in distress, in the Crimea, Iraq, the Caucasus, Afghanistan, Turkestan or Syria! Despite all these trials, the Ummah of the Prophet Muhammad (saw) awakens, hopes for the promise of its Creator, works tirelessly to revive the Islamic way of life, and strives to achieve the satisfaction of its Creator, the Lord of the worlds of Allah.