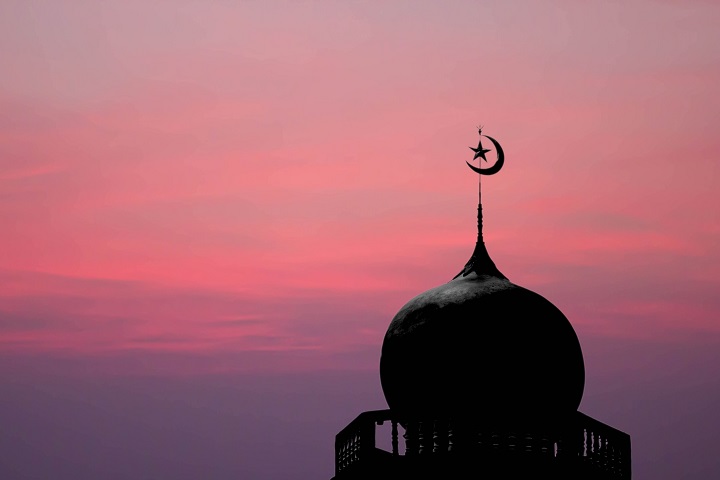 We, the Muslim youth in the West, have done everything in our capability to resist the occupation. You will find Muslim youth in their thousands protesting, marching, utilising their social media platforms, even being expelled from their schools for their unapologetic stance.

We, the Muslim youth in the West, want to make it crystal clear that we reject any ceasefire with the cancerous Zionist entity. There can be no ceasefire with a tyrannical entity who has bestowed nothing but misery upon this Ummah for over 70 years. Ceasefire will only come once this oppressive entity is wiped out and replaced with the flag of Islam. It is not upon the besieged Muslims in Gaza, armed with rockets nor upon the occupied Muslims in the West Bank, armed with stones, to liberate the blessed lands. The duty falls upon those with the capability to fight an army, the likes of the Muslim armies in Turkey, Egypt, Sudan, Tunisia, Pakistan, Bangladesh and Indonesia.

Oh Muslim Armies! Your brothers and sisters in the West have 3 simple questions for you:

1.Do you have hearts of stones?

Does your heart not ache for your brother who looked his two daughters in the eye, lying to them by promising they will all be ok, only to be brutally slaughtered by Zionist bombs?

Does your heart not bleed for your sister whose hopes and dreams of the future were buried in the rubble alongside her unborn child?

Does your heart not break for our sons and daughters fleeing to the comfort of their Mother’s arms only to be torn apart limb from limb?

Or are you sitting in your barracks with hearts of stones?

Oh Muslims Armies! Do you have no ‘Izzah (honour) for our Master, our Leader, RasulAllah (saw)?

Was it not Masjid Al-Aqsa where he (saw) led the Prophets (ahs) in Salah?

How do you tolerate their arrogance and boastfulness where the Prophets (ahs) stood with Khushoo’ (humility)?

How do you permit them to shake the ground where the Prophet’s hearts trembled from his (saw) recitation?

How do you allow their filthy boots to trample over the same spot where his (saw) Noble face prostrated?! A most shameful abomination happening under your watch!

Or have you sunk to such deprivation that you have become like our enemy and your enemy whose hearts became harder than stones?

2. Have you broken your covenant with Allah (swt)?

Do you feel no shame that the Ummah has placed its hopes in you?

Do you feel no shame that women are fighting in your place?

Do you feel no shame that your Lord has asked you more than once: “What is the matter with you?”

“O you who have believed, what is [the matter] with you that, when you are told to go forth in the cause of Allah, you adhere heavily to the earth? Are you satisfied with the life of this world rather than the Hereafter? But what is the enjoyment of worldly life compared to the Hereafter except a [very] little.” [TMQ At-Tawbah:38]

Do you cling to your colonial soil, only ever crossing those borders when it comes to slaughtering your brothers and sisters? Is this the legacy you wish to leave behind for your sons and their sons? Do you have no vision for Islam?

Oh Muslims Armies! If you do not break these shackles that have bestowed humiliation and disgrace upon this Ummah you will incur a most painful punishment and you will be replaced with a better people. ﴿إِلاَّ تَنفِرُواْ يُعَذِّبْكُمْ عَذَابًا أَلِيمًا وَيَسْتَبْدِلْ قَوْمًا غَيْرَكُمْ وَلاَ تَضُرُّوهُ شَيْئًا وَاللّهُ عَلَى كُلِّ شَيْءٍ قَدِيرٌ﴾“If you do not march forth, He will punish you with a painful punishment and will replace you with another people, and you will not harm Him at all. And Allah is over all things competent.” [TMQ At-Tawbah: 39]

Oh Muslim Armies! Do not break your covenant with Allah (swt)! Do not become like our enemy and your enemy!

“And [recall] when We took your covenant and raised over you the mount, [saying], “Take what We have given you with determination and listen.” They said [instead], “We hear and disobey.” And their hearts absorbed [the worship of] the calf because of their disbelief. Say, “How wretched is that which your faith enjoins upon you, if you should be believers.” [TMQ Al-Baqarah:93]

3. Do you doubt the promise of Allah (swt) and His Messenger (saw)?

Those very stones that are being thrown, fighting in your place against our enemy and your enemy, will soon expose them. `Abdullah bin `Umar (ra) narrated: I heard Allah’s Messenger (saw) saying, “The Jews will fight with you, and you will be given victory over them so that a stone will say, ‘O Muslim! There is a Jew behind me; kill him!’” (Sahih al Bukhari).The Zionist entity will soon be destroyed and in its place will be the Capital of the Khilafah. The Messenger of Allah (saw) said: “This matter (the Caliphate) will be after me in Madinah, then in Al-Sham, then in the Peninsula, then in Iraq, then in the City, then in Bait ul-Maqdis. If it is in Bait ul-Maqdis, its home country is there, and no people will be able to remove it, so it will return to them forever.” (Ibn Asakir, Tarikh Dimashiq 368)

Oh Muslim Armies! Do not become like our enemy and your enemy who doubted the promise of Allah (swt).

“O my people, enter the blessed land [i.e., Palestine] which Allah has assigned to you and do not turn back [from fighting in Allah’s cause] and [thus] become losers.” They said, “O Moses, indeed within it is a people of tyrannical strength, and indeed, we will never enter it until they leave it; but if they leave it, then we will enter.” Said two men from those who feared [to disobey] upon whom Allah had bestowed favor, “Enter upon them through the gate, for when you have entered it, you will be predominant. And upon Allah rely, if you should be believers.” They said, “O Moses, indeed we will not enter it, ever, as long as they are within it; so go, you and your Lord, and fight. Indeed, we are remaining right here.” [TMQ Al-Maidah: 21-24]