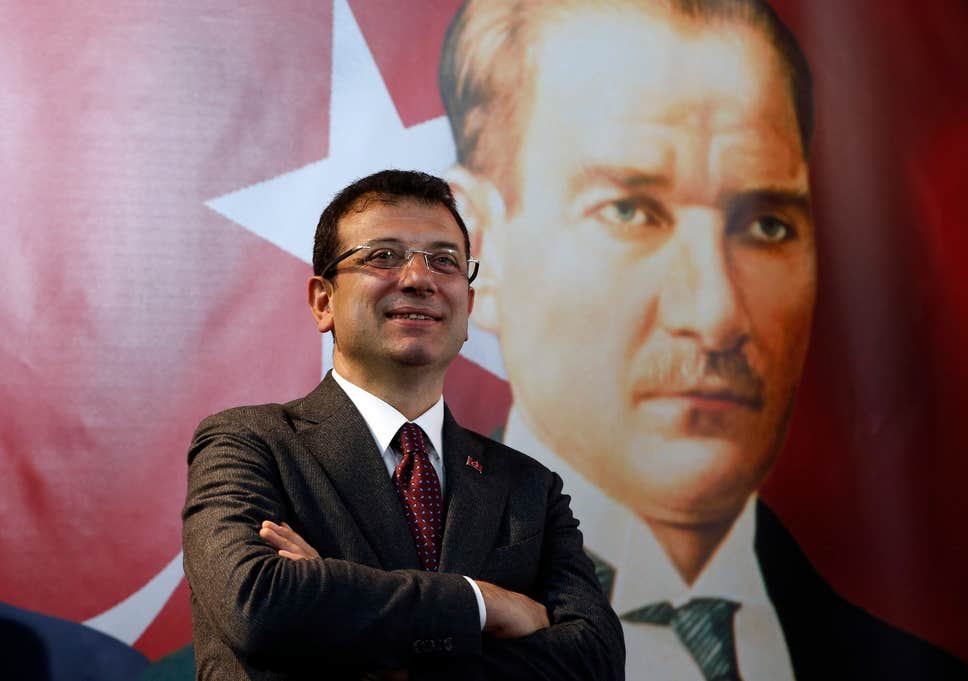 Tens of thousands supporters of Ekrem Imamoglu gathered Thursday (June 30) near Istanbul town hall to celebrate Imamoglu’s taking the mayor office. It is the second time in the last 3 months when the Central Election Committee issued the oppositional candidate with a Major certificate.

With his victory in the Istanbul mayoral elections E. Imamoglu, from the Republican People’s Party that was founded by Ataturk struck a blow to President R.T. Erdogan’s ruling Justice and Development Party whose position seemed unshakeable.

It is the first time in the past 17 years of being in power that Erdogan’s party was defeated in Istanbul’s major elections.

Furthermore, during local elections that were held on April 31 2019, Erdogan’s party lost major seats in two of the other biggest cities – Ankara and Izmir.

It is worse to mention the following words of Erdogan that he said being Istanbul’s mayor: “The one who possesses Istanbul, possesses the whole of Turkey”.

Defeat in Istanbul’s major elections was just another manifestation of the weakening of Erdogan’s popularity. For a long time his party has not been able to solely form the Turkish government and was forced to go into a coalition with other political parties.

Erdogan’s popularity loss is a natural consequence of his policy, which is adopted by his party during all his years in power. While exploiting Islamic sentiments, his party has been implementing the secular system that was built by Ataturk. Quite often, the Justice and Development Party is mentioned as a good example of moderate Islam that is in power for such a long time. Though Erdogan’s success of being in power for such a long time is not based on the rightousness of his party’s course but a result of American support. America uses his party to weaken English influence in Turkey which was enforced by Ataturk’s Republican People’s Party for decades. Muslims in Turkey have more and more become disappointed in Erdogan due to his empty promises and exploitation of Islamic sentiments.

Some experts say that the results of Istanbul’s major elections indicate defeat of Islam. Despite the fact that some of Erdogan’s supporters argued that elections on July 23 forced them to choose one side between Muhammad ﷺ and Abu Jahl, we should state that 17 years of Erdogan’s in power was not a victory forIslam. After every Erdogan victory in elections, the so called Islamists came to power, but Islam never came to power.

When the new elected mayor of Istanbul E. Imamoglu spoke to his supporters on June 30th he said: “Istanbul people lectured those, who wanted to violate democracy. And today at last we can say “Long Live Republic! Long Live democracy!”.

Notable is the fact that after every election victory Erdogan’s party declared “Victory for Democracy”. In fact both opposing parties defended the values that are alien to Muslims, and to the Turkish people, the values of democracy, secularism and capitalism.

Therefore on every anniversary of Ataturk’s death, Erdogan, while standing near his grave, declares encomium towards Ataturk and assures everyone of his adherence to the secular nature of Turkey.

Thereby the past 17 years were not a victory for Islam; for us we don’t say after Istanbul’s mayoral elections that Islam was defeated in Turkey.

In conclusion, it should be said that year after year Muslims in Turkey clear their minds from fallacious values of capitalism and secularism, and their minds are occupied by Islamic values which will sooner or later lead the true Islamists to come to power in Turkey besides Islam that will also come to power. And this day is not far.