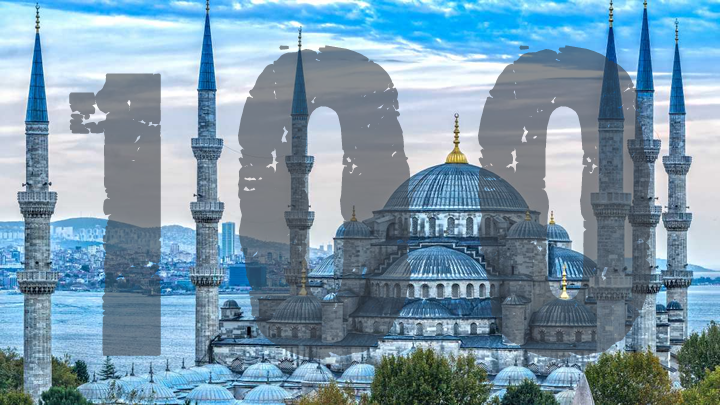 The month of Rajab has arrived upon the Muslims this year and nearly a hundred years have passed since the demolition of the Khilafah (Caliphate)!

One hundred years! Muslims have lived them without a Khaleefah, in which lies the disobedience of Allah (swt), as the Messenger of Allah (saw):

“…whoever dies without fulfilling the Bay’ah, dies the death of Jahiliyah.” [Narrated by Muslim].

One hundred years! And the laws of Allah have been suspended in the systems of governance, economy, sanctions and foreign policy, while Allah (swt) says:

“Do they then seek the judgement of (the Days of) Ignorance? And who is better in judgement than Allah for a people who have firm Faith.” [Al-Ma’idah: 50].

One hundred years! And the Muslim lands have been subordinating to the Kafir colonial West; exploiting our lands to extend their influence and achieve their interests, while Allah (swt) says:

“And Allah will never grant the disbelievers a way over the believers.” [An-Nisa:141].

One hundred years! And the Ummah’s authority is robbed, tied by a few factions here and there, and monopolized by military, families or parties, while Allah (swt) has made authority in the hands of the Ummah, the Messenger of Allah (saw) said:

“The authority belongs in the hands of Allah, and He grants it to whomever He wishes.”

One hundred years! And the state of the Ummah is not hidden, just as Hizb ut Tahrir is not hidden, who continues to open the eyes of the Ummah, especially in the month of Rajab al-Khair, to its pride thaexisted when its Khilafah was in place, and to the humiliation that befell it after its demise. The party still reminds the Ummah that it is capable, by the will of Allah, of defeating the colonial Kuffar, headed by America, which experienced a small portion of the Muslims’ strength at the hands of groups who were small in arms but strong in their faith, prompting America to search for a strategy for a military exit from the Iraqi and Afghan quagmire. This happened while the Muslims do not have a state that can mobilize them, how then will their situation be if their affairs were organized, their ranks were united, and their Khaleefah led them?!

Hizb ut Tahrir still promises the Ummah that it is hastening in its path of serious and glorious work, in carrying the Da’wah and seeking the Nussrah, to establish the Khilafah which the Messenger of Allah (saw) has promised to be established after this oppressive rule, he said: «… ثُمَّ تَكُونُ خِلَافَةٌ عَلَى مِنْهَاجِ النُّبُوَّةِ» “…and then there will be a Khilafah on the method of Prophethood.” [Narrated by Ahmad].

We ask Allah (swt) to show the Muslims in this land, and in the rest of the Muslim lands, the true obligation of working for the Khilafah so that they may hasten to join the ranks of the Da’wah to the Khilafah and support those working for it, and we ask Allah (swt) to show the Ummah the true face of falsehood of the man-made constitutions and democracy, and to prevent them from following them.