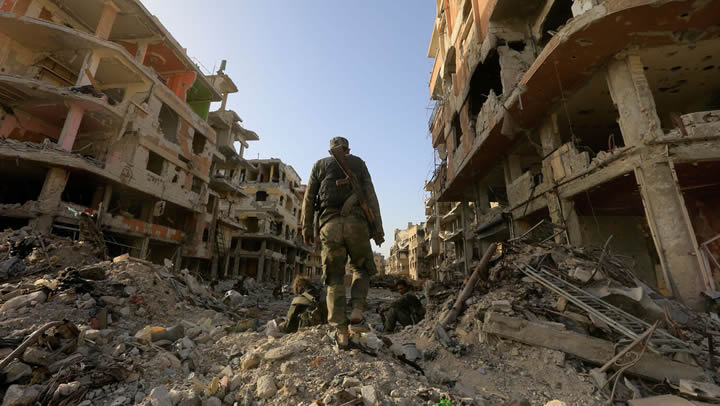 What is your situation right now? Do you think your current condition will remain intact and permanent? Your present circumstance is it directly or indirectly linked to the existing system of governance? If the answer to the last question is an absolute Yes, then, what initiatives have you put in place to change the current state of affairs?

The above questions must be disturbing those who are serious with their brief existence in this world. Serious persons mind their ever-ending time that keeps clocking out. Their ultimate resolve is to embark on a project that will fulfil their mission of existence on this world i.e. to seek the pleasure of Allah (swt) – the Creator of the universe, man and life. This mission is achievable by adopting and comprehensively implementing the system of Allah, the Khilafah (Caliphate) is non-existent today.

The universe is structured in a systemic way and so is man’s life. The success and failure of a human being is linked to the system that s/he adopts in life. Likewise, the system is responsible for the conditions that man is in. As for either the conditions will remain intact and permanently or not it is dependent on the thoughts carried by the human being in respect to the prevailing system on him/her.

The current dominant governance system is democracy across the world. Every powerful nation from the US, China, Russia, UK, France, Britain etc. all adopt democracy. Some nations allege that they are not democratic e.g. kingdoms of Saudi Arabia, Oman, Kuwait instead they have a cosmetic arrangement in place of democracy. However, all states across the world are founded upon systems that emanate from man’s limited mind!

Since man is limited and so is his thinking. Hence, man’s need for the Creator to organize and guide him throughout his life. Adopting man-made systems such as the democratic system that is being peddled around the world as the panacea to humanity’s problems is just nothing but a catastrophic blunder! It is not only a blooper, but one that is causing inconceivable misery across the world to date.

The democratic project has failed point blank! The founders and champions of the democratic system of governance are desperately seeking avenues to cover up their fallacious calls and slogans. They have promoted democracy by using the barrel of the gun to those who refused it.  On the other hand, they enticed the desperate with petty handouts in return for adopting the salacious and despicable system.

Subsequently, the failures are exposed and voices of resentment keep growing. Just to mention a few instances: in America the system is responsible for dividing Americans along racial and economic lines. Majority have lost hope in the existing system and are calling for alternatives. They confirmed their desperation recently by raiding the US Capitol Hill, the symbol of America as a bastion and beacon of democracy globally.

In the UK the majority people voted to leave the European Union, hoping for a prosperity future after initially feeling exploited by being in the Union. Instead only the worst is about to kick in considering the pariah nature of Britain as an island. Despite UK’s past colonial grandstanding stature, its adopted system is only existing to cushion the ‘lords’ and condemn the ‘serfs’ to wretchedness.

In France, the people were up protesting under the Yellow Vest Movement against economic policies that aim at further tightening the nooses on their necks! The French government keeps designing laws that dehumanize and profile the citizens based on their religious and economic background to date. All in the name of protecting the secular republic system!

In China, the communist party is engaged in multi-pronged approaches to ensure that any dissenting voice is shutdown instantly. Killing and terrorizing its citizens is policy number one in their list of priorities. It is engaged in massive and brutal indoctrination of its citizens in the Xinjiang region in order to adopt their communist dogma.

In the Middle East and Africa at large the ravaging is catastrophic and the scars are beyond healing. Colonial masters are propping their colonial agent rulers against indigenous population. Wealth is plundered and appropriated to few Western multinationals. The rest are condemned into abject poverty and perpetual struggling for hand-to-mouth initiatives.

The list of examples is endless and filled with numerous atrocious policies, laws and regulations. They are formulated by secular regimes across the world to run their individual boundary-limited nation states. Nation states that are suffering from chronic debts, inflation, despaired masses, strained infrastructure, confused scholars and experts etc. at crossroads!

The upholder of seriousness must not limit their thinking within the secular democratic box. Instead must strive to unlearn the past and focus on what is outside the box of democratic system. That is a momentous initiative that must NOT be left to guesswork and chances. In other words, if you are serious, then you must avoid the process of trial and error, since it guarantees total failure in the end.

Success can only be achieved by revisiting the main purpose of our existence in this world. Allah (swt) says:

“And I did not create the jinn and mankind except to worship Me.” [Adh-Dhariyat: 56].

It is incumbent upon the thoughtful people to rise above the secular democratic box and find lasting and radical solutions to the problems bedevilling humanity today across the world.

Consequently, a considerate person must embark on genuine research that will lead him/her to join and unite with the only existing Islamic political party, Hizb ut Tahrir. A political party that brings onboard serious men and women focused on liberating humanity from the shackles of the secular capitalist ideology and its poisonous systems led by democracy. A serious party that does not heed the blamers or finger-pointers in its noble cause. A political party whose ideology is Islam and the glue that bind its members.

Hizb ut Tahrir is working day and night for the resumption of the Islamic way of life via the reestablishment of the Khilafah on the method of Prophethood. The priority for Hizb ut Tahrir is the call for the Khilafah and nothing else. Hence, any serious person yearning for genuine change must not waste their precious and short time in engaging in patchwork. Instead they must be swift in responding to the calls for the Khilafah Project that is reverberating across the world. Reestablishing the Khilafah will guarantee peace, tranquillity and prosperity to the Ummah.

“And that day the believers will rejoice.” [Ar-Rum: 4]